We Can Withstand and Overcome Anything (Part 21) – You Can Live Just Like Jesus! 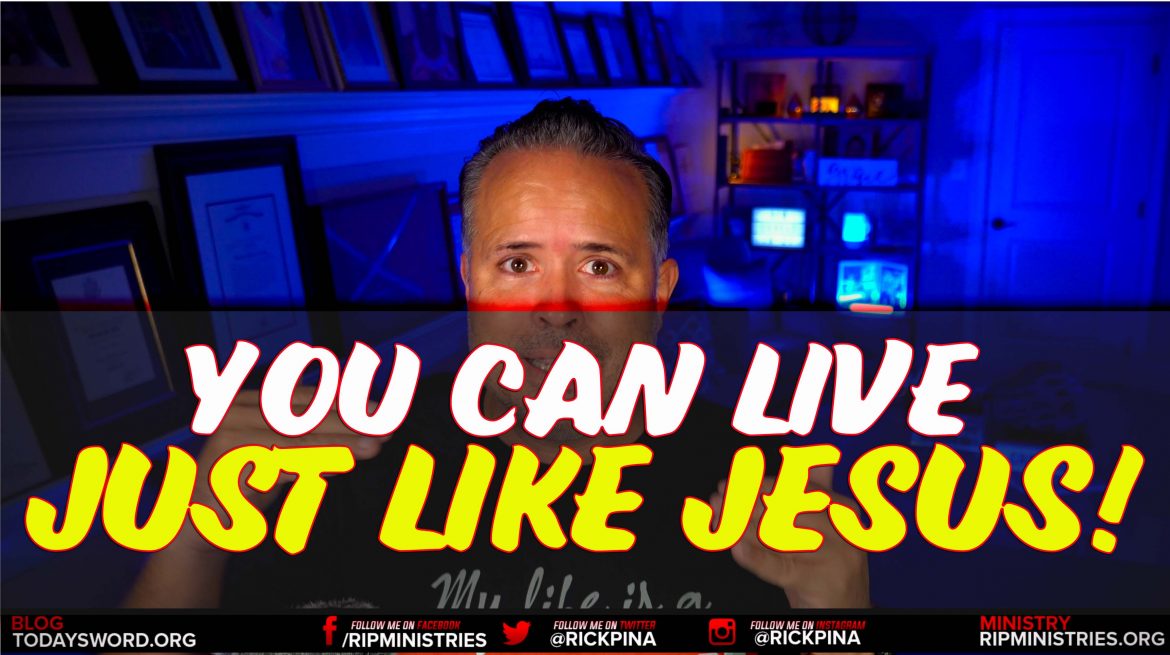 For days we have been looking at verse 13.  We will go back to it again today.

Today I will add a few scriptures.  The scriptures we will look at now all have to do with Jesus and how He was in complete sync with the Father in heaven.  Jesus was an extension of heaven on earth.  He was a conduit through which heaven was manifested on this planet.  This is what Adam was supposed to do.  Adam failed.  Jesus succeeded.  Let’s learn from Jesus.

So Jesus explained, “I tell you the truth, the Son can do nothing by Himself.  He does only what He sees the Father doing.  Whatever the Father does, the Son also does.”

I can do nothing on my own. I judge as God tells me. Therefore, my judgment is just, because I carry out the will of the one who sent me, not my own will.

For I did not speak on my own, but the Father who sent me commanded me to say all that I have spoken.

Jesus said, “Don’t you believe that I am in the Father, and that the Father is in me?  The words I say to you I do not speak on my own authority.  Rather, it is the Father, living in me, who is doing his work.”

So what does this mean for you today?  Here are a few things we can glean from the scriptures about Jesus.

1.  Jesus was fully God, but He was also fully man.

— One of the reasons Jesus came as a man was so we could emulate the way He lived His life.

— Jesus operated as a human who was FILLED with God.  This is critical to understand because we are WELL ABLE to live this way.  Because of Jesus, we have the ability to be Born-Again.  Once we are, we are humans who are FILLED with God; we are God-carriers.  We are human conduits of the divine.  We are the containers (the clay jars) that house the glory of God on this planet.

2.  Jesus did NOTHING without the Father.

— If Jesus attempted to do things without hearing from the Father it would be no different than us when we get outside of His will.  So Jesus sought the Father’s guidance for EVERYTHING.

— Jesus only said what He heard the Father say.  He only did as He was led by the Father to do.  This is how we are supposed to live.

— If this was Jesus, then how can we think we can do things on our own?

— Jesus received His orders from headquarters (heaven) on a daily basis.  This is how we are supposed to live.

— Jesus spent time alone with the Father.  Praying with or around others is fine.  Jesus did this too.  But in many cases, early in the morning, we see Jesus going off by Himself, giving the Father His undivided attention.  If you want to get to the point where you only say and do as you are led of the Holy Spirit to say and do, you are going to have to make time to spend alone time with God.

— If Jesus saw a clear need to spend time in prayer, then how do you think you can ever succeed in life without it?  Jesus counted on the Father daily and so must we.  This is how we will withstand and overcome anything!

4.  Jesus learned how to put Spirit-over-body and we must learn the same thing.

— While Jesus was all God, He was also all man.  He came as a man just like us.

— Jesus had to learn how to subdue to the flesh.  He had to choose NOT to allow human impulses to override the impulses of the Holy Spirit.

— Jesus had to learn how to live in sync with heaven, although his physical body, and the associated senses, were receiving input from this world.

— Jesus had to learn how to live by faith and not by sight.

5.  Jesus did not accept everything that happened was God’s will and He, in turn, SPOKE God’s will over situations.

— Far too many believers accept everything as ‘the will of God’ without ever spending time with the Father to find out what His will actually is.

— If you hear from the Father in prayer, you won’t need to question His will, because you will know it.  It is then and only then that you can believe it, speak it, and allow it to direct your life.

— Bad things happen to good people.  Don’t accept everything that happens as an act of God’s sovereign will.  Jesus knew that some things were NOT God’s will.  He spoke to those things.  Jesus spoke to sickness and disease.  He spoke to storms and conditions.  He spoke opposition and resistance.  Jesus believed and He spoke what He believed.  If you truly believe the power of words, you will: a) not accept everything as God’s will, because it isn’t, and b) you will OPEN YOUR MOUTH and speak to what is coming up against you!

— When something happens and you know it is NOT God’s will, then OPEN YOUR MOUTH and speak God’s will over it.  Speak over your children, your body, your health, your marriage, your finances, your business, your relationships, and etc.  Don’t accept things that are NOT the will of God.  God will allow whatever you allow.  God will permit whatever you permit.  God will also back you up when You are speaking His will over a situation that is clearly not His will!

*** This is how we withstand and overcome anything!

Father, this is a season of LEVELING UP for me.  I LEVEL UP by speaking the language of faith daily.  I see this example in Jesus.  The fact that Jesus relied on His prayer life is humbling to me.  While He was God, He was also a man.  He had to pray just like we do.  He had to discover Your will and we must do the same.  But once He did, He refused to deviate from it.  He never said or did anything outside of Your will.  He was not on this planet to do whatever He wanted.  He only did what You wanted Him to do.  Jesus is my example.  Without You, I can do nothing.  With You, I can do ALL THINGS!  I am open to hearing Your voice and I will never stray from it.  I only say what I hear You say.  I will only do what I am led of You to do.  As You lead me, I OPEN MY MOUTH and I speak over every negative situation.  I SAY what I SEE in the Spirit until I see the manifestation of it in the natural.  As Jesus is, so am I, in this world!  This is how I know, GREATER IS COMING FOR ME!  I declare this by faith.  In Jesus’ name, Amen!