Intentional Progress in 2022: Life Lessons From Jesus (Part 35) – The Road to the Resurrection (Part 6) 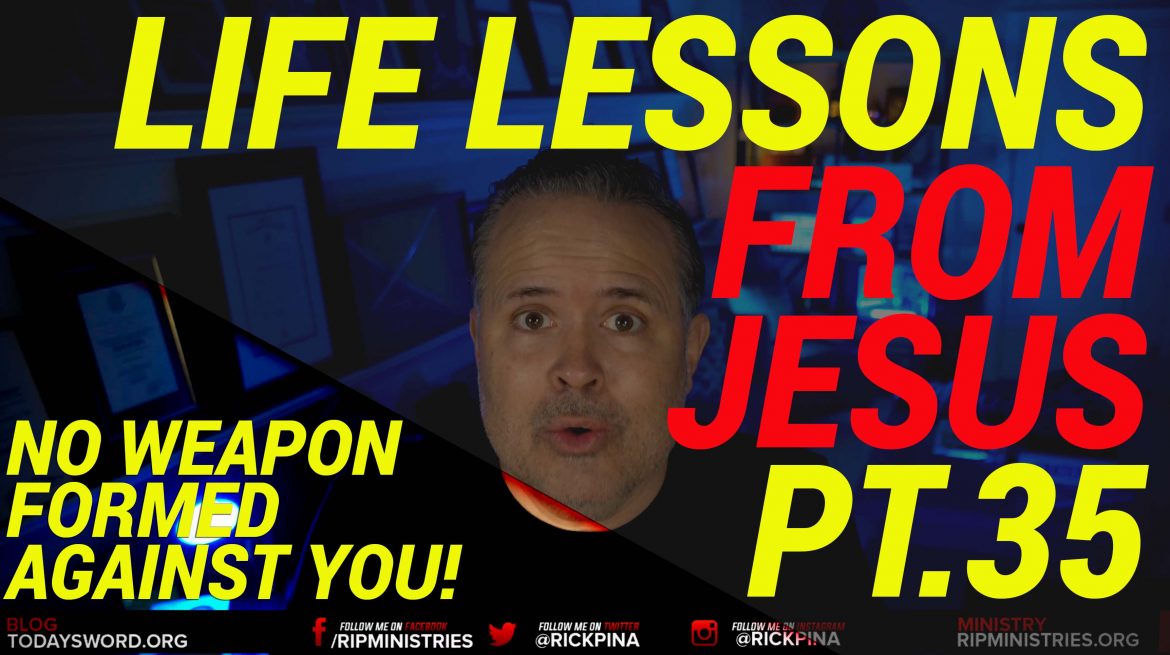 This morning we continue our journey into this year, focusing on making “Intentional Progress.”  I shared six steps to intentional progress with you, and I will continue to walk through them over the next few months.  As a reminder, here are the six steps.

In our last message, we saw how Pilate could not find anything wrong with Jesus. The governor asked question after question, but Jesus provided skilled (and Holy Spirit-led) answers. As a result, the Roman governor could not find fault in the Jewish Rabbi.

Pilate did not care about the theological issues the Jewish leaders had with Jesus, but he did not want a problem in his province, and it is evident that the Jews were teeming with anger and discontent. They wanted blood. Pilate wanted peace. So, instead of sentencing Jesus or setting Him free, Pilate put the onus back on the Jews. The governor said, “He is not guilty of any crime. But you have a custom of asking me to release one prisoner each year at Passover. Would you like me to release this ‘King of the Jews’?”

This was Pilate’s way of shifting the burden of the decision. The Roman governor clearly thought, and even stated, that Jesus was innocent. However, he wanted Jesus’ release to be the decision of the Jews.  Pilate’s plan did not work. Instead of calling for the release of Jesus (the only innocent man ever to walk the planet), the Jews called for the release of Barabbas, a revolutionary who was unquestionably guilty of his crimes.

So what does this mean for you today?  There is a lot I can cover here, so I will break this up into two days.  Here are a few things for today.

1.  Sometimes bad things happen to good people for a reason.

Pilate gave Jesus an ‘out,’ but the people shut it down. The Jews opted to release a guilty man instead of releasing the only innocent man ever to live. But there were greater powers at work than Pilate, the Annas, Caiphas, or the people. Even though it was wrong, the plot to kill Jesus had to work becuase Jesus was destined to die. Betrayal, physical abuse, and ultimately the crucifixion was all part of Jesus’ destiny. Jesus had to endure everything He was destined to endure on the road to the Resurrection.

— Remember, no weapon formed against you shall prosper (Isa 54:17). So if the attack looks like it is working, then it must NOT be against you. It is working FOR you.

— When you know the Holy Spirit is leading you, and you are in the center of God’s will, then if the attacks against you look like they’re working, it is because they are not actually against you. They are helping to propel you into your purpose.

— The Father could’ve stopped the attacks against Jesus at any time. Jesus could’ve called down a legion of angels to have all His accusers killed. But he did not because what looked like “evil” was working for his good.

— What is happening TO you may be happening FOR you!

2.  In every Godly story, there is a person who had to endure something (by God’s grace) that would have crushed others.

No matter what you are going through, just remember that if you are facing it, God trusts you with it, and He gave you the grace for it!

— The story of Joseph is impressive.  But for the story to be this amazing, Joseph had to endure being betrayed by his brothers, living for years as a slave, being imprisoned for a crime he did not commit, and living without his family for 22 years.  That’s the part of walking with God that no one wants to highlight.

— The story of David is fantastic.  But for David to become the king of Israel, he had to leave life as he knew it, fight a giant, marry the king’s daughter, survive multiple attacks from the king, live as a fugitive (sometimes in caves) for over a decade, and fight for enemy armies.  At his low point, David’s family was taken, his village was burned down to the ground, and his men turned on him.  They wanted to kill him, he cried until he had no more tears, and he had to encourage himself in the Lord.  That’s the part of David’s story people forget.

— The story of Moses is so good that the movie made about His life (Ben Hur) is a classic.  But for Moses to become Moses, he had to be born with a death sentence looming over his head, then disconnected from his mother while he was just months old, then forced to live in the house of the man who wanted him dead (Pharaoh).  In Pharoah’s home, he was raised as an Egyptian while called to the Jews.  He was so internally conflicted that he killed a man unjustly.  As a result, he wound up living in the desert, in exile, for 40 years, thinking he had wrecked his life and forfeited his calling before God called him back to Egypt to lead his people, the Israelites, out of bondage.

— The story of Jesus raising Lazarus from the dead is terrific.  But for that story to happen, Jesus had to ignore the request of a family He loved, Mary and Martha had to sit there for days wondering why Jesus was not coming, Lazarus had to die and stay dead for four days, and the family had to go through the entire funeral and grieving process, all-the-while wondering why Jesus, who loved them, never showed up.  This was Jesus’ greatest miracle, but it required a family to endure tremendous pain.  That’s the part people don’t like to highlight.

— We have been studying the life of Jesus, and we are not done.  But as you can see so far, Jesus had to endure tremendous pain to fulfill His purpose.  We like to talk about the water-walking, miracle-working, and crowd-feeding Jesus.  We may not want to talk about the Jesus who was falsely accused, erroneously convicted, endless tortured, and brutally killed.  But that Jesus is our Jesus too.

— When we read the story of Joseph, David, Moses, Lazarus, and Jesus, we often forget that real people had to endure real pain for these things to happen.  And while God did not necessarily MAKE all the bad things happen to them, He was undoubtedly able to grace them to get through it and then cause the bad to turn around for their good!

— You should learn two things from this.  First, God never said it would be easy.  Second, God is with you every step of the way.  When the story of your life is read, people will see the hand of God all over you, but they may overlook how much pain you had to endure and all the challenges you had to overcome to become the man/woman you were destined to be!  If the book of your life is written correctly, it will say, “He/she endured it, becuase God gave them the grace for it!”

— In Luke 10, Jesus said to His disciples, “I saw satan fall like lightning from the sky.  He is the enemy, but know that I have given you more power than he has.  I have given you the power to crush his snakes and scorpions under your feet.  Nothing will hurt you!”  Now I will give you this same statement in the RPV (Rick Pina Version).

— You have nothing to fear.  Jesus conquered satan, hell, and the grave.

— Go into this day and every day that follows, knowing that God is with you every step of the way.  Attacks will come.  Attackers will raise their ugly heads.  But God is your defense.  He will prevent the attacks that are truly against you.  But will permit the ones that will help propel you down the path to your purpose.  So when those attacks look like they are prospering, it is because they are working FOR you and not AGAINST you.  Greater is coming for you!

Father, I thank You for teaching me from the extraordinary life of Jesus.  Jesus was the only innocent man ever to walk the planet.  Jesus did nothing wrong.  But He was illegally arrested, falsely accused, brutally beaten, and nailed to a cross.  All of this could have been avoided.  Pilate gave the Jews the option of releasing Jesus, but they opted to release Barabbas instead.  On the surface, it made no sense.  On the surface, it looked like a foolish decision.  On the surface, it looked like You were failing Your Son.  But You look past the surface.  Even when Jesus was hanging on the cross, You were still God, You were still in control, and You still had all power.  You did not cause bad things to happen to Your Son, but You used the things that happened, and You turned them around for Your glory.  You do the same in my life.  Sometimes bad things happen to me because satan is attacking my purpose.  Other times bad things happen because of the foolish decisions I make.  Either way, You are able to take those bad things and turn them around for my good.  This is how I know GREATER IS COMING FOR ME!  I declare this by faith.  In Jesus’ name.  Amen.

Intentional Progress in 2022: Life Lessons From Jesus (Part 34) – The Road to the Resurrection (Part5)

Intentional Progress in 2022: Life Lessons From Jesus (Part 36) – The Road to the Resurrection (Part 7)