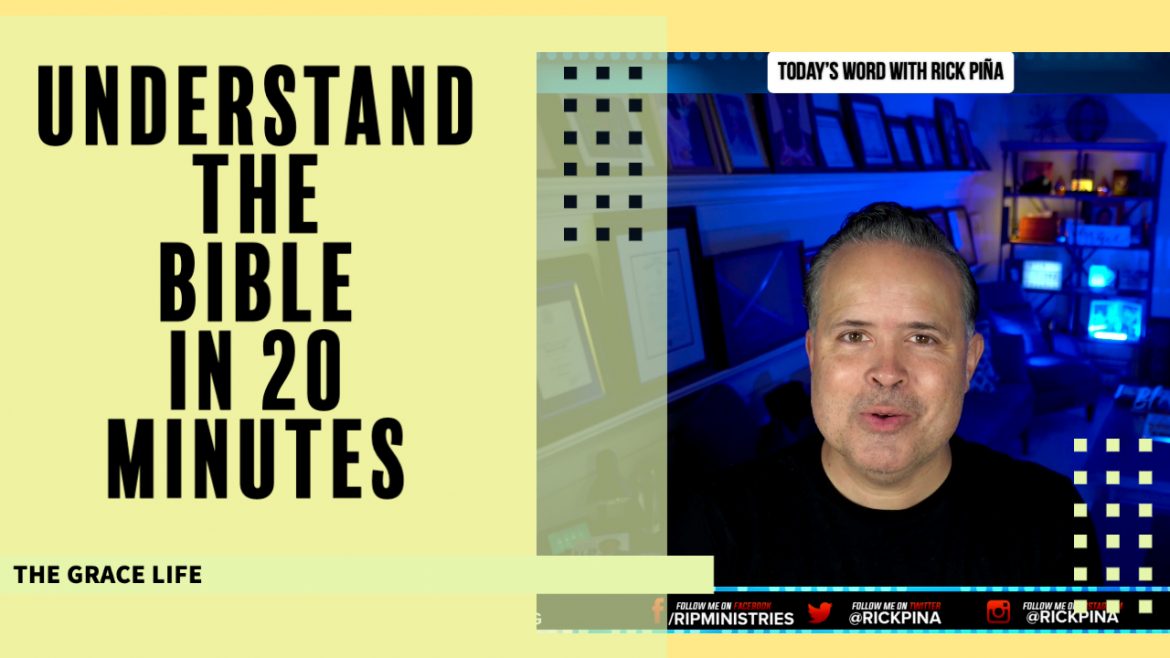 Today we will continue our series entitled “God’s Grace & Our Faith.” We are looking at The Law given under Moses vs. the Grace provided by Jesus. Our main scriptures are John 1:14 & 17. In our last message, we also looked at Galatians 5:13. We will look at these scriptures again, but today we will “zoom out” and take a look at the bigger picture concerning the grace of God.

Beloved ones, God has called us to live a life of freedom in the Holy Spirit.  But don’t view this wonderful freedom as an opportunity to set up a base of operations in the natural realm.  Freedom means that we become so completely free of self-indulgence that we become servants of one another, expressing love in all we do.

My brothers and sisters, God chose you to be free.  But don’t use your freedom as an excuse to do what pleases your sinful selves.  Instead, serve each other with love.

It is absolutely clear that God has called you to a free life.  Just make sure that you don’t use this freedom as an excuse to do whatever you want to do and destroy your freedom.  Rather, use your freedom to serve one another in love; that’s how freedom grows.

So what does this mean for you today?  I will open up this week by helping you understand the big picture.

To understand what the Old Covenant (given by Moses) lacked and what the New Covenant (ratified by Jesus’ own blood) provides, we need to take a macro view of God’s plan.  Let’s do that today.

Adam was God’s representative in this world.  Adam was supposed to extend heaven’s influence on the earth. To understand this, you must understand how God likens Himself to a King.  If you bring a Western mindset to the Bible, it will be difficult to grasp the things of God, especially those that relate to kingship and monarchies.

I live in the United States.  The USA is a republic of the people, by the people, for the people.  God’s realm is a Kingdom.  A Kingdom is “the King’s domain.”  It is of the King, by the King, and for the King.  President and Prime Ministers have checks and balances.  Kings have complete control and sovereign rule.  To be clear, God is a King (or at least He likens Himself to one in the Bible).  Maybe He uses this “analogy” because it helps us understand how He operates.

Kings have kingdoms, and they can expand their control by expanding their borders. They colonize foreign land, and when they do, they attempt to bring their culture to the colony. To make sure this happens, they place someone they bequeath power and authority over the foreign land.

God is a King, and He wanted Adam to operate as a king.  Kings can pass on power by either: 1) dying or 2) placing a ruler over a portion of their kingdom.  God obviously cannot die, so He went with option #2.  The subordinate ruler is then supposed to represent the King in the land he is placed over.

To do this effectively, God equipped Adam for the job.  God placed His OWN SPIRIT down inside of Adam. The Holy Spirit, inside of Adam, was Adam’s direct connection to his Heavenly Father.  Adam never went to school. He did not receive an education. But it did not matter because he had revelation from heaven.  Adam did not have to live by external inputs or rules.  He lived by the internal leading of the Holy Spirit.

To make a long story short, Adam sinned, the Holy Spirit was removed, his eyes were opened, he was resigned to live his life as a mere human, and every human born since was born with a hole that only the Holy Spirit can fill.  Many try to fill that hole with sex, drugs, alcohol, money, fame, position, and power, but it can only be filled by the agent who created the hole when He was removed: the Holy Spirit.

We fast-forward to a man named Abram.  God chose to bless a man named Abram (later Abraham). He did this completely by grace.  Abraham did nothing to earn or deserve it.  God promised a piece of land to Abraham and His descendants.  But He told Abraham that the time was not right.  His descendants were not going to take possession of the land until over 400 years later.

430 years after God made the promise to Abraham, He gave Moses (one of Abraham’s descendants), The Law.  These were rules written on tablets of stone.  Later 603 more laws were added.  The people who lived under the system of The Law looked NOTHING like God’s original intent, which was Adam, in the Garden of Eden.  These people did not have a direct connection to God.  They were not filled with God’s Spirit.  They were not living as rulers on this planet.  These were people who focused on external rules instead of internal power.  This is NOT a picture of God’s original intent or His best.  Jesus came to change all of that.  Jesus came to repair the breach between God and man.  Jesus came to get us OUT OF the mess Adam got us INTO.

Jesus was born of a virgin, He lived a sinless life, He was the only perfect man to ever live, and He was erroneously convicted on trumped-up charges.  Jesus could have stopped it, but He allowed it, because of us. He died in our place.  50 days after Jesus died on the cross for us, the Holy Spirit was restored to man, and the New Covenant was established.  When the Holy Spirit was poured out on the Day of Pentecost, we were finally redeemed ALL THE WAY BACK to what Adam had in the Garden of Eden.

We are now, because of Jesus, as New Testament believers, human conduits of the divine! This is why Paul said, “God has called us to live a life of freedom in the Holy Spirit. But don’t view this wonderful freedom as an opportunity to set up a base of operations in the natural realm.”

If you receive the Holy Spirit but then attempt to live life the same way you did before, you are living as a mere man.  You are living a completely natural life (not supernatural). You are living like they did under the Old Covenant when they did not have God’s Spirit or His power.  And if you think that the point of God’s grace, His Spirit, His power, and His freedom is so you can go out and sin, you have missed the point altogether.  If that’s how you think, then maybe you were never Born-Again because when you have God living inside of you, everything is supposed to be different!

— The message of grace has nothing to do with being free to sin.

— The message of grace has everything to do with living free from the limits of mere humanity.

— Once you are Born-Again, you are filled with the Holy Spirit, and your sin has been forgiven, you are then FREE to do what God called you to do from the foundations of the world.  You are free to change the world by God’s grace and for His glory!

— The rules introduced with the 10 Commandments and the 603 additional commandments were part of a rules-based system (The Law) designed to cause humans to focus on their performance.  The goal was to prove to us that our performance could never measure up to the goodness of God.  In short, The Law was designed to get man to the end of him/her self.  Once you get to the end yourself and you realize your performance can never be good enough, you open your heart to the grace Jesus died to usher you into.  At that point, the grace of God will do, through you, what you could never do without Him!  This is #TheGraceLife.

— I keep teaching this to help deliver you from performance-based religion. I am not doing this to give you the liberty or the license to sin.  I am doing this because I want you to live FREE from the power of sin and the limits of your humanity.

— When your faith taps into God’s grace, you get to become the man/woman God called you to be, you get to experience what God destined you to experience, and you get to change the world.  Not becuase you are good.  But only because God is.  It is only by the grace of God!  So please stop looking at your performance and the ruler by which you measure God’s goodness towards you.  God is not hung up on your hang-ups.  God is focused on using you in the capacity that He planned to use you before the world was made.  He will do this by grace, not merit.  So stop trying to earn it.  You can’t.  Just believe and receive it.  Once you do, and you open your heart to it, God will exceed your wildest dreams and He will change the world through you!

I will stop here.  That is enough for today.

Father, thank You for teaching me about Your grace, Your power, Your Spirit, and Your desire for this planet.  Your Kingdom has come.  Your will shall be done.  On earth, as it is in heaven.  It is happening now, and it will continue to happen THROUGH ME!

I am a human conduit of the divine.  I am walking around with Your Spirit in me.  I am forgiven, empowered, emboldened, and employed by You!  Your Kingdom is always advancing.  Your desire is for heaven to be manifest on the earth daily.  I yield to You, so You can manifest heaven through me, within my sphere of influence, today and every day.

When people come in contact with me, they shall come in contact with You!  I take You and Your Kingdom into every meeting, conversation, and activity I engage in today!  I do this by Your grace and for Your glory.  Living this way, I know GREATER IS COMING FOR ME!  I declare this by faith.  In Jesus’ name, Amen!

God’s Grace & Our Faith (Part 26): Jesus Restored Us to a Position of Power