New Blogs
Being CHANGED Into His Image!
You Are A Reflection of God In This...
NO FILTER!
The Holy Spirit Brings True FREEDOM!
Comparing and Contrasting the Old And New Agreements
A Never-Ending Agreement
God’s Glory IN YOU!
Carriers of God’s Glory
God’s Sovereignty and Our Freedom
Jesus Made You FREE! 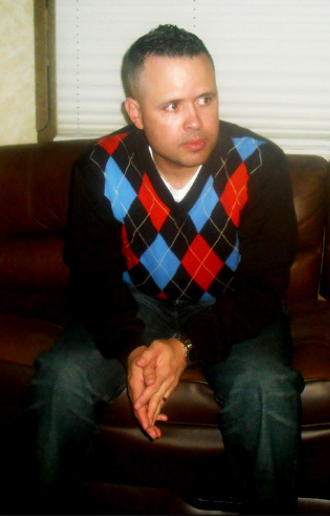 Rick Piña is the founder of Rick Piña Ministries (RPM).  RPM was founded to see the lost come in contact with the saving power of Jesus, to teach believers to maximize their purpose and potential in life, and to create environments where people of all ethnic and cultural backgrounds come together as one.  Rick preaches a Word that inspires (expanding your capacity to believe God), instructs (clearly teaching how to apply your faith to daily living), encourages (lifting up the eyes of the brokenhearted) and impacts (through God’s supernatural power).

Rick writes a daily devotional, Today’s Word, which he started writing in 1997 – sharing it with eight of his friends.  Today’s Word now goes out daily, in both English and Spanish, to over 3,000 subscribers all over the world.  Although Rick is still on Active Duty status with the United States Army, Rick regularly travels to minister the Word of God and the Lord has used his military travel as opportunities to minister the Word of God as well.  Rick served as Pastor while deployed to Bosnia, Herzegovina (1998-1999) and Baghdad, Iraq (2008-2009).  Rick is currently based out of Woodbridge, VA where he locally serves the Lord under the anointed leadership of Apostles Tony and Cynthia Brazelton, at Victory Christian Ministries International (VCMI), in Woodbridge, Virginia.

Born in Brooklyn to immigrant parents and raised in a multi-racial environment, Rick easily connects with Hispanics, Blacks, Whites, Asians, and just about anyone he comes in contact with.  He is equally comfortable with General or Private, Rich or Poor.  His humble beginnings have prepared him to minister to all races at all levels.  God has blessed him, like Paul, to become all things to all people, so that through him, God might save some.

Rick Piña holds an M.B.A and a Bachelor of Science Degree in Business Administration from Trident University International.

Last, but not least, Rick is father to Ricardo Manuel jr. (20), Alyssa Chanel (18), Joshua Benjamin (7), and Ethan Elijah (7 months); husband to the former Isabella Toussaint of Dominica; and son to the King of Glory!