Greater Is Coming (Pt.10) Being Led of God 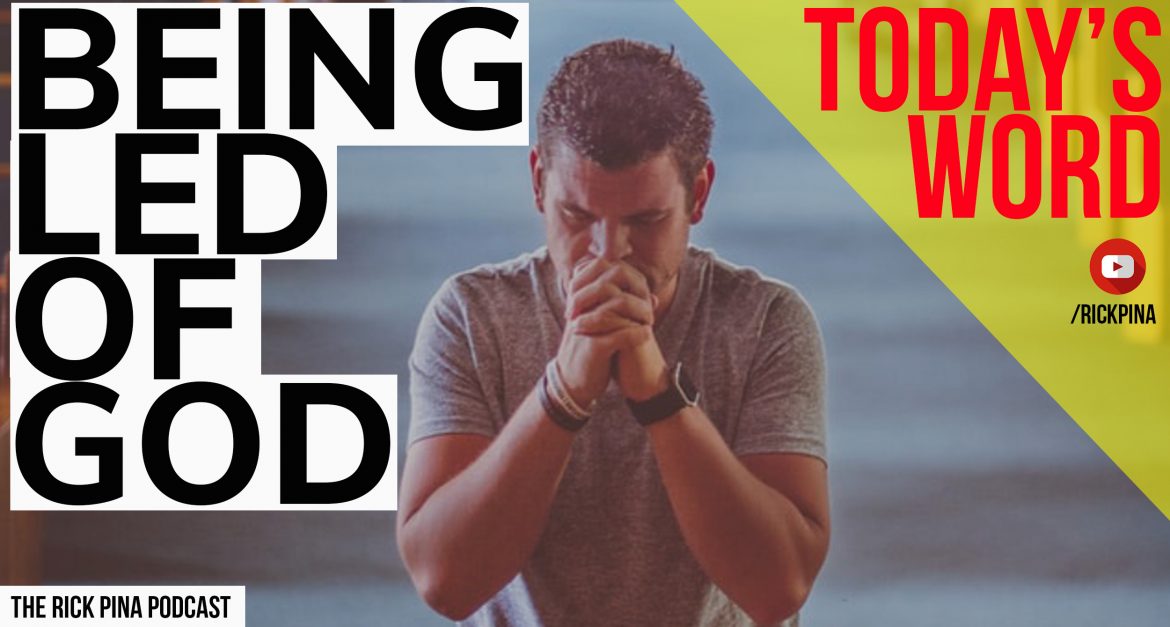 Today I will continue with “Faith and Patience Volume 5 – Greater is Coming!”  We are studying the life of David.  David’s story is impressive and inspirational.  I trust you are enjoying it thus far.

Before I went on vacation, we left off the story with both armies mustered against each other.  Nothing separated the troops but the valley of Elah.  The giant, Goliath, came out every day to taunt Saul and the entire Israelite army.  They did nothing because Goliath struck fear in their hearts.  Satan used the appearance of ONE MAN to paralyze an entire nation.  Let’s pick up the story from there.

By now, you know that Jesse had eight sons.  Jesse’s three oldest boys—Eliab, Abinadab, and Shimea were part of Saul’s army.  They were part of the paralyzed force.  David, being the youngest, was back at home, tending to his father’s sheep.  He was called and anointed to be King.  The power of God was on him to do so, but he was waiting on God to open the door.  He knew he was called, but he had no idea how it was going to happen.  I have been there.  I can identify.  I am sure you can as well.

David had already spent time in the palace, playing music for the King.  But when Saul wanted to deal with Philistine, David was sent back home.  Guess what he was doing at home?  He was doing what he had always done, tending to his father’s sheep.  I keep driving this home because I cannot overstate the importance of being faithful over what is IN FRONT OF YOU.  If you are not faithful over what is in FRONT of you, God will not propel you into what He has prepared AHEAD of you!

Back on the military front, Goliath repeated his taunting twice a day.  He strutted in front of the Israelite army and offered to fight anyone one-on-one.  He did this every morning and every evening for 40 days.  And for 40 days, not one Israeli Soldier stepped forth.

During this time, Jesse asked David to take a basket of roasted grain and bread to his brothers on the frontline.  Jesse also sent cheese for the boys’ captain.  Think about it: David was called by God to be King, he was anointed by God’s prophet in an impromptu coronation ceremony, and he had already spent time in the palace.  Even with all of that, David was humble enough to do what his father asked of him.  He humbled himself to serve as an “Uber Eats” delivery man for his brothers.

David left the sheep with another shepherd and set out early the next morning with the food.  He arrived at the camp just as the Israelite army was leaving for the battlefield.  David followed the army as they assembled on their side of the valley.  He left the food the Supply Sergeant as he looked for his brothers.  As soon as David found his brothers, Goliath, the Philistine champion, came out from the enemy’s ranks to perform his daily taunt.  To David’s surprise, many Israeli Soldiers ran at the sight of Goliath.  David asked a few Soldiers why they were running and they replied, “Have you seen the giant?  He comes out each day to defy Israel.  The King has offered a huge reward to anyone who kills him.  He will give that man one of his daughters for a wife, and the man’s entire family will be exempted from paying taxes!”  David asked for clarification on the reward, and his oldest brother, Eliab, heard David and got angry, saying, “What are you doing around here anyway?  What about those few sheep you’re supposed to be taking care of?  I know about your pride and deceit.  You just want to see the battle!”  David replied, “What have I done now? I was only asking a question!”  Ignoring his brother, David went to King Saul and said, “Don’t worry about this uncircumcised Philistine, I’ll go fight him!”  We’ll stop here for today.

So what does this mean for you today?  There is a great deal here.  I will give you just a few things.

1.  Humility is the key to divine exaltation.

David humbled himself.  He was faithful over the sheep, and he was even faithful to take food to his brothers when they clearly did not honor him.  But as the text says, there is a time when your exaltation will come “due.”  Your job is to remain faithful and humble until that time.

The old adage, “Sticks and stones can break my bones, but words will never hurt me,” may have worked on the playground.  But in real life, words can hurt.  Words unleash power.  Satan used Goliath to speak words that incapacitated and entire army.  Understanding this, be careful how you use words.  Use your tongue to bless and not curse.  David’s son, Solomon, would go on to say, “Kind words heal and help; cutting words wound and maim” (Prov 15:4).

While you are waiting on God to do what He promised He would do in your life, you must WATCH YOUR MOUTH!  Never speak against God’s promise.  Say what God said until you SEE what God said manifested in your life.  And never allow what you SEE to cause you to change what you SAY!  Speak LIFE only!  In the end, you will have what you say!

3.  Listen to every situation through the filter of faith.

David did not hear what the others heard.  God had recently anointed David.  The Holy Spirit was on him.  Therefore, he heard the voice behind the voice.  Goliath was speaking, but David heard the enemy of God behind Goliath.  This arose a righteous indignation in David.  This gave him the courage to want to fight Goliath!  When you hear things through the filter of faith, it will wake up the GIANT IN YOU!

You are going to face giants in life.  When you receive a promise from God, things may get worse before they get better.  But when you hear something through the filter of faith, you will hear what the Holy Spirit needs you to understand to stand in faith against any attack!

4.  Look at every situation through the lens of faith.

David did not see what the others saw.  They were looking through natural eyes.  David saw Goliath through spiritual eyes, which is why he was not afraid.  You may be up against a major challenge.  But when you look at that challenge from God’s perspective, you see it differently.  The same thing that is striking fear and angst in others’ hearts can stir up your excitement when you look at the situation through the lens of faith.  Why?  Because you know there is NOTHING you cannot do WITH God ON you, IN you, WITH you, and FOR you!

While you walk with God and attempt to become the man/woman you are called to be,l you will experience a great deal.  During this time you will need to learn to hear from God clearly.  As you are led of the Holy Spirit, you will know what to RESIST and what to RECEIVE.

For example, right now, during our current pandemic, as you are led of the Holy Spirit, you will know where to go and where not to go.  The Holy Spirit can reveal to you what is safe and what is not.  This is critical, because you want to be led by God’s Spirit, and not just driven by what you hear on the news.

Living this way, you will eventually walk in the fullness of your divine assignment.  It will take time.  For David, it took 20 years.  But if you keep going, you will get OUT OF YOU everything that God placed IN YOU before you die!

6.  You have the grace to do whatever the Lord leads you to do.

David was led of God to fight Goliath.  Since the Lord led him to do it, the Lord was with him through the process.  The Lord is obligated to bless you when you are doing what He told you to do.  Where He leads, He feeds.  Where He guides, He provides!  If it is the Lord’s will, then it is also the Lord’s bill!  Remember that as you go into this day.  But also remember the opposite.  If you are NOT being led of God and you are making decisions on your own, then you are going to have to deal with the consequences of those decisions on your own.  If it is your will, then it is also your bill!

Father, I know I have a real enemy, who will come against me in real ways, but I also know I have a real God who has graced me to resist his threats by faith.  I have the grace to fight and WIN!  You have given me spiritual discernment.  I hear with spiritual ears.  I see through spiritual eyes.  I discern what I should resist and what I should receive.  On those occasions that I am led to resist the enemy, I take my stand in faith, not wavering, without a doubt, fearing nothing!  I am led of You every day and I know that GREATER IS COMING FOR ME!  I declare this by faith.  In Jesus’ name, Amen!

Greater Is Coming (Pt.11) You Will be Underestimated