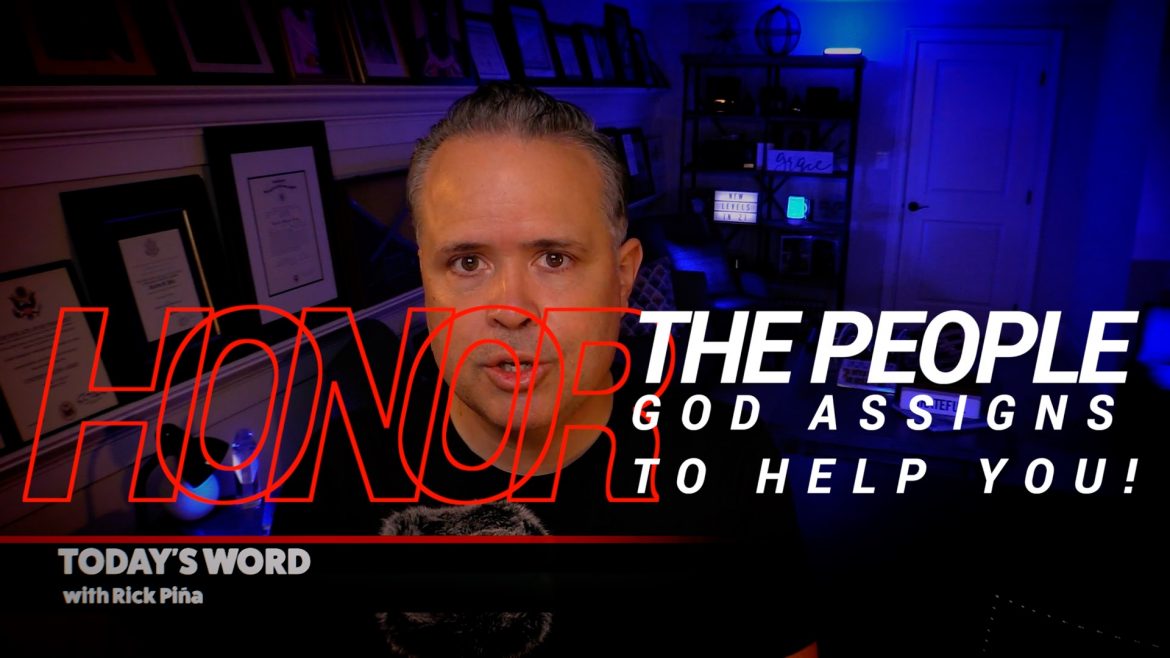 Yesterday talked about being FAT (Faith, Available, and Teachable).  This morning I feel led to provide another message that flows in the same vein.  Let’s get to it.

1.  Greatness is too great of a task for one person.

John Maxwell said, “One is too small a number to achieve greatness. No accomplishment of real value has ever been achieved by a human being working alone.”  The way I say it is, “Greatest is too great of a task for one person.”

— Think of anyone who has accomplished anything you would consider to be extraordinary.  Even if that person played an individual sport or they performed an individual task, it may seem like they did it on their own, but if you do some investigation, you will find that multiple people were working with them behind the scenes, and even more people invested in their success along the way.

—  The section of the series I am on right now deals with the many people (roles) you need in your life.  If you want to be great at anything, not only will it require a dedication to greatness on your part, but it will require an openness to receive from the many people God will send your way to invest in your success.

3.  There are people who are assigned to you by God Himself.  Part of their God-given destiny is to help you realize yours.  Don’t fight against them because rejecting them means you are rejecting the help God sent you.  Without this help, you may never become the man/woman God called you to be!

4.  Please do two things: a) acknowledge the fact that you need help to maximize your purpose and potential, and b) please do not fight against that help when God sends it.

2.  God will send people to you who will SEE things in you that you (at that stage in your life) do not see in yourself.

I spent more than half my life (25 years) serving our nation in the United States Army.  When I joined, at 17 years old, I did not know anything about the Army, and I did not know much about life.  God used a group of amazing leaders, many of whom would wind up becoming the most senior leaders in the U.S. Army Signal Corps, to invest in me at a stage in my life when I probably did not seem worthy of the investment.  But thankfully, God had them to see things in me that I did not even see in myself.  20-30 years later, I am extremely thankful for the mentorship, guidance, advice, sponsorship, and support these leaders have given me.  Many of us have close relationships to this day.  Without question, my Army career would not have gone the way it did without the investment they made in me.  There are several leaders in this bucket, so I won’t name names, but I am very thankful God assigned them to me!

From a ministry perspective, I have been equally blessed.  God has assigned me many great ministry mentors and two sets of amazing spiritual parents.  Yesterday I mentioned Apostle Tony Brazelton, my spiritual father.  Today I will mention Bishop Richard B. Peoples Sr., the spiritual father God assigned to me early in my walk with Him.

When I met Bishop Peoples, I was Born-Again, but I was young, brash, arrogant, and very ‘rough around the edges.”  I was hard to deal with.  I caused this man unnecessary pain.  But, by the grace of God, he never gave up on me.  He saw things in me that I did not see in myself.  He invested in me when I was not investing in myself.  We laughed together, cried together, and did life and ministry together.  I would not be the man I am today without the love, covering, prayer, guidance, and support of Bishop Peoples.  Period!

You need people in your life.  God has assigned specific people to be a blessing to you.  These people may have to correct you.  When they do, don’t fight against them, because fighting them will mean you are fighting God!

3.  If you lack HONOR, you will fail to receive the insight, instruction, and correction God provides you through others.

I won’t be able to close out this point today.  So let me just introduce it to you.

(v.1)  Jesus left and went back to his hometown. His followers went with him.

(v.2)  On the Sabbath day Jesus taught in the synagogue, and many people heard him. They were amazed and said, “Where did this man get this teaching? How did he get such wisdom? Who gave it to him? And where did he get the power to do miracles?

(v.3)  Isn’t he just the carpenter we know—Mary’s son, the brother of James, Joses, Judas, and Simon? And don’t his sisters still live here in town?” So they had a problem accepting him.

(v.4)  Then Jesus said to them, “People everywhere give honor to a prophet, except in his own town, with his own people, or in his home.”

(v.5)  Jesus was not able to do any miracles there except the healing of some sick people by laying his hands on them.

(v.6)  He was surprised that the people there had no faith. Then he went to other villages in that area and taught.

It comes down to this:

This is why it is critical to establish and maintain a CULTURE OF HONOR!

Father, I thank You for the many people You assigned to me from the foundations of the world.  I will not fight against them, because fighting them means fighting You.  I need them in my life.  You have anointed them to see things in me that I sometimes do not see in myself.  These people are gold-diggers.  They dig for the gold IN me until they find it.  Thank You for loving me enough to send others to help me become the man/woman I am called to be.  I am open to their guidance, instruction, and correction.  Living this way, I will LEVEL UP my life in 2021 and beyond!  GREATER IS COMING FOR ME!  I declare this by faith, in Jesus’s name.  Amen!

Progress on Purpose: Make Yourself Worthy of the Investment