Progress on Purpose: Surround Yourself with Positive People 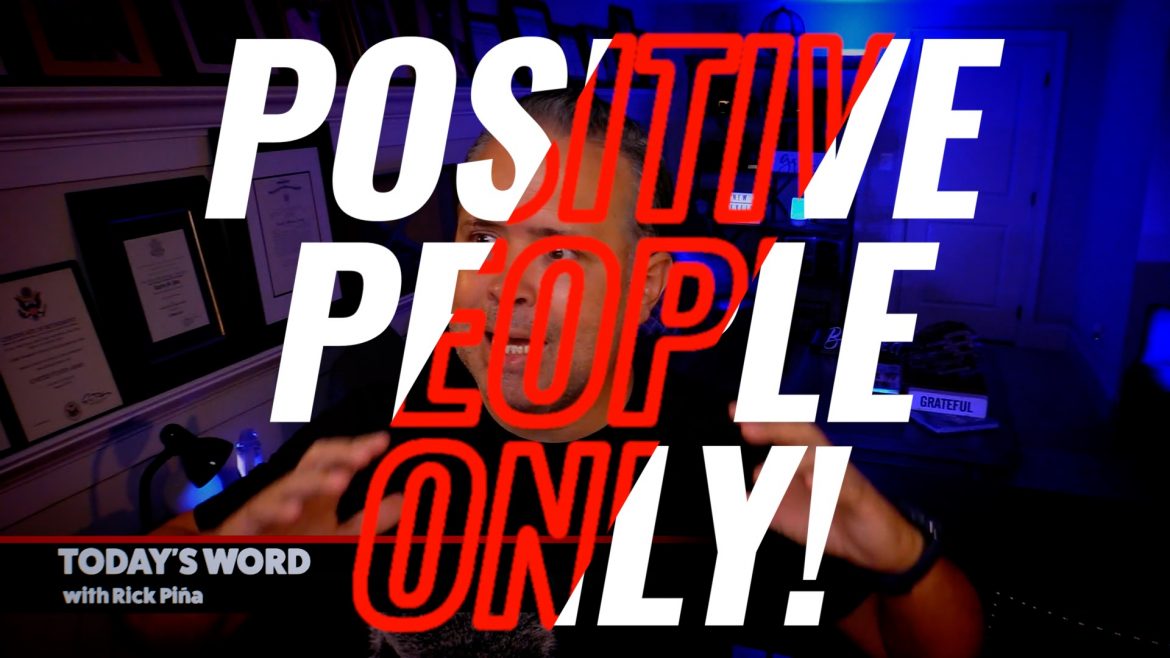 The Apostle Peter opened his second letter with the following words:

Simon Peter, a servant and an apostle of Jesus Christ, To those who have obtained like precious faith with us through the righteousness of God and our Savior Jesus Christ:

After introducing himself and after acknowledging the fact that he was called of God to be an Apostle, Peter makes it clear who he is writing the letter to.  Peter is writing to believers who have obtained “like precious faith.”  This applies to you and me.  We received this faith through the righteousness of God and our Savior, Jesus Christ.

If it is true that God has issues to every one of us “THE measure of faith” (Romans 12:3), and it is, then you should surround yourself with people who are actually living by faith because those are the people who will help you do the same.

This reminds me of a story of some frogs.  A group of frogs was happily hopping through the woods when two of them, who were young, started racing each other side by side.  There they were, hopping and hopping, each making an effort to out-hop the other, when all of a sudden, both of them landed inside of a hole.  Immediately the other frogs gathered around the top of the hole, and the two frogs inside the hole attempted to jump their way out.  After a few minutes, it became obvious that the depth of the hole was just a bit too much for the frogs to manage, as they kept coming up short.  After about an hour, the frogs at the top of the hole started telling the ones in the hole to give up and die because they believed the effort was futile.  One of the frogs believed what the others said; he crawled up into a corner of the hole, gave up, and died.  The other frog, however, kept jumping.  This infuriated the frogs on the outside.  The more he jumped, the more they yelled at him to stop!  But the more they yelled, the more he jumped.  It seemed like their yelling was giving him extra energy.  Finally, one of his leaps was long enough and he made it out of the hole.  Do you want to know why he made it?  He was deaf!  Since he could not hear the other frogs, he assumed that they were cheering him on.  That’s why he kept jumping.  Now, you may be thinking, what does this have to do with this series?  It has a lot to do with it.  Let’s talk about it.

1.  When you have dream-killers around you, the results can be devastating.

— In the parable of the frogs, the frogs (or friends) who were outside of the hole got tired of waiting on the two who were stuck in their situation.  Since they got tired, they told the frogs in the hole to give up and die.  One of the frogs heard what his friends said, he accepted their input, he gave up his little frog ghost, and he died.  At first, his friends were supporting him, and he was trying to get out of his situation.  But once their words changed, his heart changed too.  Their words killed his effort and eventually his life.  The only reason why the second frog did not die too is because he was deaf.

— Don’t surround yourself with people who are going to give up on your quickly.

— Don’t surround yourself with people who will kill your dreams.

— Some people are so frustrated with their lives that they will attempt to frustrate yours.  Misery loves company.  Avoid these people.

— You can’t keep receiving the wrong input and think you will maintain a desire to produce the right output.

— The people you CHOOSE to surround yourself with can either support or kill your dreams, so choose wisely.

2.  When you surround yourself with people who fuel your faith, they will keep you going when you feel like giving up.

— Surrounding yourself with the right people can fuel your faith.  When the frog thought the other frogs were rooting for him he was able to jump longer and higher.

— Since he was deaf and he could not hear what they were saying, the louder they yelled and the more emphasis they seemed to have, the more he believed they believed in him.  Since he thought they were cheering him on, he mustered up the energy to get out of the hole!

— When you have people who are cheering you on and believing in your dreams, you will keep going, even when the hole you are in seems too much to bear.

— No hole can hold you when you believe God and you are surrounded by people who believe in you!

— Pick the right people to surround yourself with when the pressure is on!  Your decision may mean the difference between overcoming and succumbing.

— When Jesus was faced with difficult situations He did not surround himself with the 5,000, or the 70, or the 12.  When the pressure was on, Jesus only had 3 people He allowed around him (Peter, James, and John).  These were his inner circle.  Why?  Because He knew that your input will impact your output!

— The voices you have around you will impact your life in more ways than you often acknowledge.  This is a major reason why you should LEVEL UP your relationships in 2021!

Father, I thank You for teaching me the importance of being surround by the right people and the right input.  I know You have blessed me to be surrounded by a great cloud of witnesses, and I am not in this race alone. However, I also understand that everyone who is with me is not for me.  I know that some people are dream-killers, so I thank You for blessing me to have the discernment to know who to share my dreams with, who to take with me into faith-fights, and who to surround myself with when the pressure is on.  Two are better than one, but only when both are in-faith.  So I declare, by faith, that You reveal to me who those people are and as I connect with them and they with me, together we will assist each other in striving to maximize our purposes and potential before we die!  I LEVEL UP my relationships in 2021.  GREATER IS COMING FOR ME!  I declare this by faith!  In Jesus’ name.  Amen.

Progress on Purpose: Some People Are Holding You Back

Progress on Purpose: The Faith of the Virgin Mary