Intentional Progress in 2022: Life Lessons From Jesus (Part 33) – The Road to the Resurrection (Part 4) 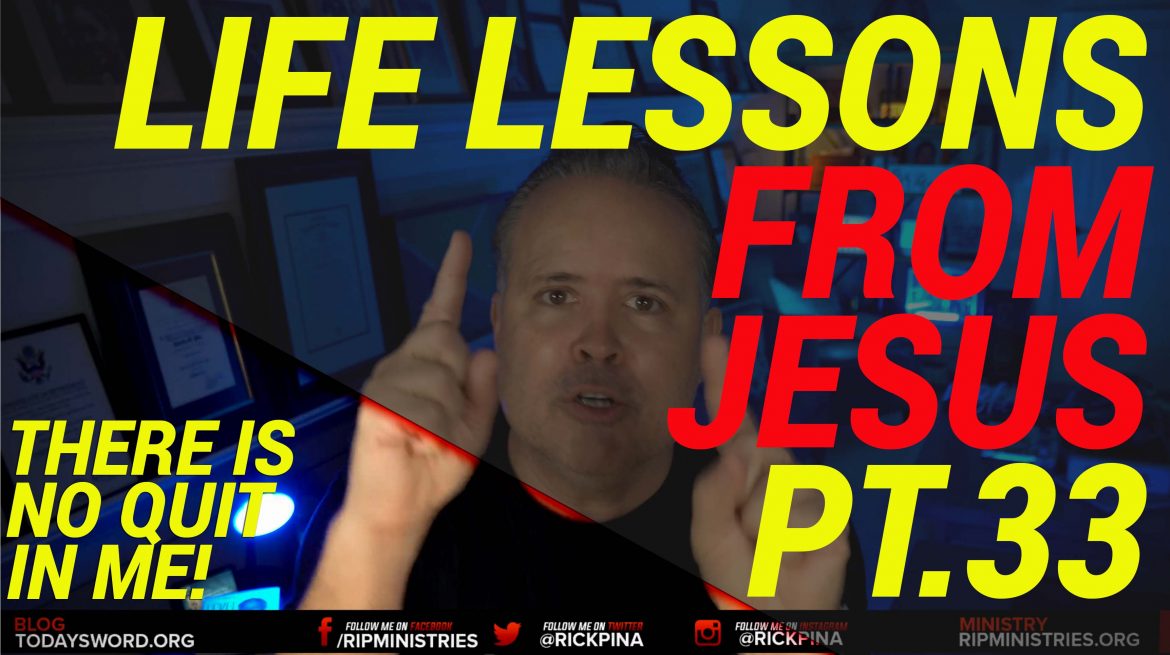 NOTE: This weekend, Isabella and I are celebrating our wedding anniversary. So we are heading out of town tomorrow morning. This will be the LAST message you receive this week. I will be back on Monday. As a related note, please celebrate your marriage. When you have a Godly marriage, it is one of the most amazing blessings you can ever enjoy.

This morning we continue our journey into this year, focusing on making “Intentional Progress.” I shared six steps to intentional progress with you, and I will continue to walk through them over the next few weeks. As a reminder, here are the six steps.

Yesterday we left off with Peter denying Christ to a little girl. Afterward, Peter stood outside with the servants and police. Annas interrogated Jesus, questioning His teachings and actions. Jesus responded, “I’ve spoken openly in public. I’ve taught regularly in meeting places and the Temple, where the Jews all come together. Everything has been out in the open. I’ve said nothing in secret. So why are you treating me like a conspirator? Question those who have been listening to me. They know well what I have said. My teachings have all been above board.” Jesus’ response was straightforward, and while it was intense, I don’t think it was disrespectful. However, one of the police officers standing by did not like the way Jesus spoke to the High Priest, so he slapped Jesus across the face. Just imagining that scene makes me cringe.

I could stop there, but since will not share a message for a few days, I will keep going.

After being slapped, Jesus said, “If I’ve said something wrong, prove it. But if I’ve spoken the plain truth, why are you beating me?” The policeman, of course, did not respond. Annas, the former/deposed High Priest, did not have any more questions for Jesus, so he had the guards take Jesus to his son-in-law, the High Priest at the time, Caiaphas. It was very late by the time Jesus arrived at Caiaphas’ home, and the High Priest was ready for the second round of interrogations.

Caiaphas’ interrogation lasted until the early hours of the morning. And after hours of futile questioning, the Jewish leaders wanted Jesus dead. But the Israelites were not in charge. Their country was under the rule of Rome at the time, and the two High Priests knew that if they had Jesus killed, they could be brought up on murder charges. So Annas and Caiaphas decided to get the Romans involved. The Romans were the only ones with the legal authority to have someone executed.

Annas and Caiaphas took Jesus to the Roman governor’s palace. These priests had the audacity to show up at Pilate’s home early in the morning. And if that were not bold enough, the priests refused to go into the home. Annas and Caiaphas were Jews, and they knew that entering the house of Pilate would make them unclean. Sure, they could endure the process of becoming clean again, but they did not have time for that because PASSOVER was just days away.  So, in an effort to remain ceremonially clean, these lying, conniving, backstabbing priests asked Pilate to come outside. And as luck would have it (and by luck, I mean satan), Pilate, the Roman governor, actually came outside, early in the morning, to meet with a couple of crooked priests and their innocent prisoner.  That’s enough for today.

So what does this mean for you today?  We covered a lot.  Let’s seek to glean a few nuggets.

1.  Life in Christ is not always easy.

Walking with Jesus is not always full of water walking, crowd-feeding, healing the sick, and raising the dead. Sometimes life in Christ means you have to face the unpleasant with divine resolve. Sometimes you are saying the right things like Jesus did in the text, and you are living in the center of God’s will like Jesus was in the text, and life will still reach out and slap you across the face as it did to Jesus! But don’t be moved. Like Jesus, you have the grace to face whatever comes your way!

2.  You can find pleasure in the pain.

You cannot maximize your purpose and potential without enduring significant pain. No one whom God used to change the world lived a pain-free life. There is pain associated with your purpose. But just as long as you know you are suffering the pain BECAUSE of your assignment, you can find divine pleasure in it. Paul said, “I take pleasure in my weaknesses, and in the insults, hardships, persecutions, and troubles that I suffer for Christ. For when I am weak, then I am strong” (2 Cor 12:10).  Remember, vision gives pain a purpose.

3.  You have the grace to keep going.

Paul said, “Though we experience every kind of pressure, we’re not crushed. At times we don’t know what to do, but quitting is not an option. We are persecuted by others, but God has not forsaken us. We may be knocked down, but not out.” (2 Cor 4:8,9). I keep thinking about Jesus getting slapped in the face. That is one of the most disrespectful things you can do to a person. How is your life going this week? Do you feel like Jesus in the text? Do you feel like the pressure is on you?  Do you feel like life is coming against you? Do you feel like life sometimes SLAPS you in the face? Well, guess what? Jesus made it, and so will you! You have the grace for it!  The Holy Spirit gives you the power to take it and still make it! There’s no quit in you!

The reason why Jesus was attacked so much is because He had an amazing assignment. I can say the same about you. You are powerful. You are anointed. You are appointed by God. You are called to make a difference. That is why satan will move through people to talk about you, accuse you, lie about you, and attack your character. But don’t get upset. Please take it as a compliment. Satan only attacks those worth attacking! If satan is working overtime on you, it is becuase he is scared of the impact you are called to make. The attack is against the assignment! The greater the assignment, the greater the attack!

Satan will go to great lengths to attempt to stop you. But the good news is that he can’t. The only person with the power to stop you is you. That is why satan does all he can to get you so frustrated that you want to quit. If you quit, you lose. But if that happens, satan did not stop you; you stopped yourself. Since God is ON you, IN you, WITH you, and FOR you, then stopping you would mean stopping God, and God cannot be stopped! The only way you can lose is if you quit!

6.  If satan knew any better, he would leave you alone.

Paul told us that had the princes of this world known what they were doing, they would have never crucified the Lord of Glory. Satan thought he was winning while he was dragging Jesus from mock trial to mock trial in the middle of the night. Satan thought he was winning when Jesus was being prepared for the crucifixion. Satan’s demons were rejoicing while Jesus was being nailed to the cross. However, when the first drop of Jesus’ blood hit the ground, it sealed satan’s fate. Satan’s attack on Jesus backfired on him, and the same will happen with you if you choose to keep going by God’s grace. The more satan attacks you, the more you overcome by God’s grace, and the stronger you get! God will see to it that every time satan attacks you with evil, that evil is turned around for your good! Your strength is increasing with every attack because you are learning how to rely on God’s grace on a greater level with every experience. So get excited, GREATER IS COMING FOR YOU!

Father, I thank You for teaching me about the extraordinary life of Jesus, Your Son.  While Jesus was the only innocent man ever to walk the planet, He was accused, lied on, attacked, beaten, bruised, and killed… all in an attempt to stop Him from completing His assignment and fulfilling His purpose.  However, satan’s attacks backfired on him.  Satan thought he was winning while he was killing Jesus, but when the first drop of blood hit the ground, it sealed satan’s fate forever.  Jesus never gave up, He never caved in, and He never quit.  Because of it, Jesus was able to overcome every attack.

As Jesus is, so am I, in this world!  You have given me an assignment, and I am determined to accomplish it before I die.  Satan will attack me because he is attacking my assignment.  But like Jesus, I have the grace to keep going.  The more satan attacks me, the more it backfires on him, and the stronger I get.  I will not lose because I refuse to quit!  No matter how strong the opposition and how ugly the attacks get, when I am weak, I am made strong by Your grace!  I am Your child, I am called according to Your purpose, and by Your grace, I will arrive at Your desired destination for my life.  GREATER IS COMING FOR ME!  I declare this by faith.  In Jesus’ name.  Amen.

Intentional Progress in 2022: Life Lessons From Jesus (Part 34) – The Road to the Resurrection (Part5)