Greater Is Coming (Pt.78) Life After The Blessing 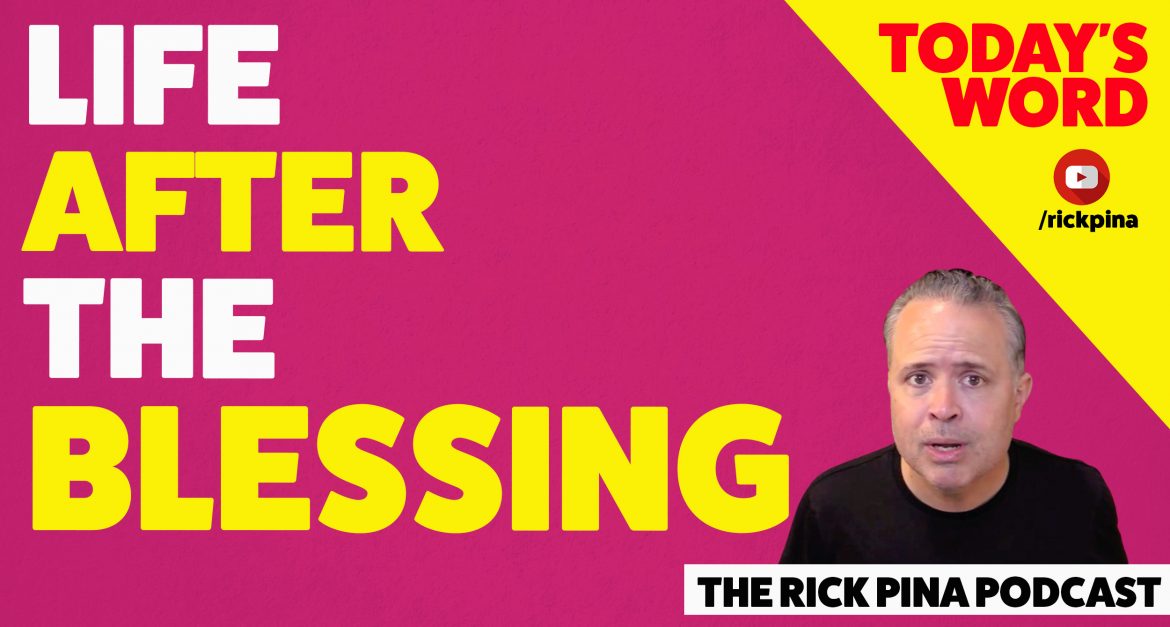 Today I will continue with “Faith and Patience Volume 5 – Greater is Coming!”  Before I get into the meat of the message, I want you to know that I will start winding this series down.  I will close out the year next Friday (December 18), so I will close out this series soon and then provide a few closing messages for the year.  With that, let’s get into the message for today.

In 2 Samuel 8, King David—after having prayed a Prayer of Praise and Thanksgiving for what God promised to do in his life and lineage, and a Prayer of Agreement that aligned his will with what God wanted to do—found himself in all sorts of fights.  This was not uncommon at the time.  Nations fought against nations regularly, and if David was going to be the leader of Israel, he would have to lead them in battle.

David led Israel to defeat the Philistines by conquering Gath, their largest city.  The King then conquered the land of Moab.  After the Philistines and the Moabites, David also destroyed the forces of Hadadezer, the son of Rehob, the king of Zobah, when Hadadezer marched out to strengthen his control along the Euphrates River.  When the Arameans from Damascus arrived to help King Hadadezer, David and his men killed 22,000 of them.  David then took over Damascus, the Aramean capital, and the Arameans became David’s subjects.  The Bible says, “So the LORD made David victorious wherever he went.”

When King Toi of Hamath heard that David had destroyed the entire army of Hadadezer, he sent his son Joram to congratulate King David for his successful campaign.  Hadadezer and Toi had been enemies and were often at war.  Joram presented David with many gifts of silver, gold, and bronze.  King David dedicated all the gifts to the LORD, as he did with the silver and gold from the other nations he had defeated.

David became even more famous when he returned from destroying 18,000 Edomites in the Valley of Salt.  He occupied Edom, and the Edomites became David’s subjects as well.  Then again, the Bible says, “The LORD made David victorious wherever he went.”  Towards the end of the chapter, the Bible says, “David reigned over all Israel and did what was just and right for all his people.”

1.  You must be prepared for life AFTER The Blessing you have been waiting for.

— In this series, I have been teaching you about faith and patience.  You have been learning to HOLD ON long enough to see what God said.  But what happens AFTER you receive it?  You must be ready to WALK IN THE BLESSING you say you are waiting for.

— Many people find the strength to endure while they are waiting for God to do what He said.  But once they get it, if they are not careful, they can experience a tremendous letdown.

— Many rich people have committed suicide because they spent their lives pursuing money, only to accumulate it, and then realize that it did not fulfill them.

— This year, we studied the lives of Joseph and David.  Both men endured a great deal on the path to their purpose.  They had to endure challenge after challenge in order to receive what God said.  But in both cases, the manifestation of God’s promise was NOT a destination but rather a starting point.  Joseph and David learned to thrive AFTER they received what God said.  They resisted the letdown because they opened their hearts to whatever was next.

— Life is a series of times and seasons, levels and stages.  What is huge for you today may seem small in your tomorrow.  Just keep walking with God.  Keep your heart open to the Holy Spirit, and He will lead you through stage after stage after stage until you ultimately arrive at God’s overall expected end for your life.  Living this way, you will avoid tremendous letdowns because you will always be ready for whatever is next.  That is what David did in our text.  He became the king, he was ready for whatever was next, and God led him to EXPAND the Kingdom of Israel!   This is how we are supposed to live.

2.  Here are seven things we can learn from David in 2 Samuel 8.

1)  Kingdoms expand through conquering.  In David’s day, the type of conquering we saw was natural.  Today it is spiritual.  God wants us to EXPAND and ADVANCE His Kingdom on this planet.  To do so, we must TAKE territory from the enemy.  Our focus cannot just be the church.  We are called to affect (with effects and influence) the people and systems of this world.

2)  Victories don’t always come without a fight.  Many Christians claim to be “overcomers,” but they don’t want to fight.  You can’t be an overcomer is you don’t have anything to COME OVER!  God has called you to fight and win!  If you want God’s best, you must be willing to fight for it!

3)  Facing opposition is not an automatic indicator that you are outside of the will of God.  David was doing what the Lord was leading him to do, and he still had to fight.  You will need to fight, as well.  Your fight may be for your marriage, your finances, your children, your health, or whatever challenge you may be facing this morning.  Like David, don’t think that the fact that you are facing a challenge means you are not aligned with God.  God will lead you to fight, and to do so, head-on!

4)  Whether facing natural or spiritual opposition, never back down, cave in, or quit!  When you are in the middle of a faith-fight, the enemy loves to crank up the pressure on you.  But no matter how high the pressure gets, refuse to succumb to it!  If you choose to quit, you will be giving up before the Lord gave you the victory, and your failure will not be on God.

6)  Greatness requires resolve.  Those who wind up doing great things for God are not those who never faced opposition, but rather those who faced strong opposition and kept going!

7)  You have the Grace for it!  You can handle it!  The mere fact that you are facing the challenge is evidence that you can take it because the Father would not have allowed you to face it otherwise.  So be encouraged; the Father trusts you with it!  Now make Him proud by refusing to give up!

Father, I thank You for giving me the grace to FIGHT!  I know You have deposited greatness down inside of me.  I know purpose and destiny are within me, waiting for me to unlock them and walk them out by faith.  I declare that I will.  I will arrive at Your desired destination for my life.  I will become the man/woman You have called, destined, designed, and desire me to be.  I will die empty, getting out of me everything You have placed in me.  But I know it won’t always come without a fight.  The enemy will come up against me because he wants to stop my purpose, but he won’t be able to because You are with me.  The only way I can lose is if I quit, and I refuse to quit.  And when I receive this promise — the one I am waiting for — I will not experience a POST-BLESSING LETDOWN!  I will open my heart to what is next.  Because I know GREATER IS COMING FOR ME!  I declare this by faith.  In Jesus’ name, Amen!