Greater Is Coming (Pt.40) A Direct Relationship With God 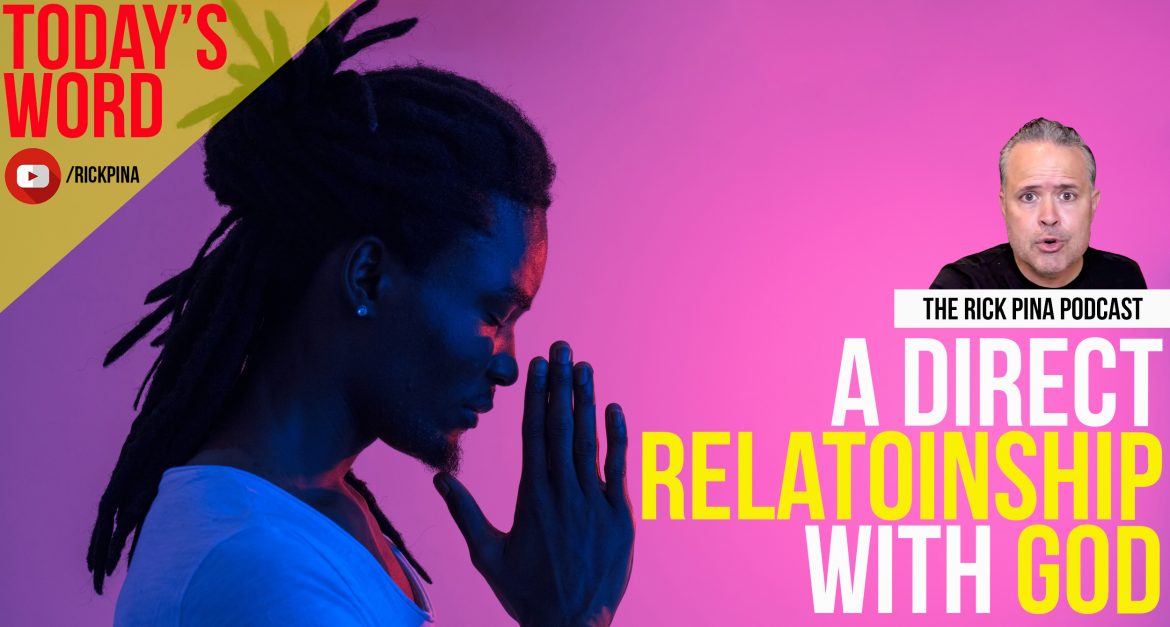 Today I will continue with “Faith and Patience Volume 5 – Greater is Coming!”  Before I move on from yesterday’s message, 1 Samuel 22:9-20, I want to briefly circle back and think about what happened again.  Hundreds of people died simply because David had a conversation with a priest.  Saul was out of control, and David took responsibility for it all.  When you think about the fact that David had to internalize/process what happened, and then CONTINUE to believe God, it is amazing to me that David kept going.  Many people would have quit on God and allowed the pressures of this world to derail them from their destiny.  But not David.  He had faith and patience.  He developed divine endurance, and he kept pressing on.

In 1 Samuel 23, David was in Judah when he received word that the Philistines were at Keilah stealing grain from the threshing floors and terrorizing the Israelites there.  David asked the LORD, “Should I go and attack them?”  David’s time the run had forced him to build a heavy dependency on the Lord.  He got to the point where he did not do anything without asking God about it first.  He wanted to make sure he was performing the Lord’s will.  Actually, this is the way we are supposed to live.

The Lord said, “Yes, go and save Keilah.”  But when David told his men, they said, “We’re afraid even here in Judah.  We certainly don’t want to go to Keilah to fight the whole Philistine army!”  So what did David do next?  He had instructions from God, but his men were afraid.  So went back and asked the Lord again, and the Lord replied, “Go down to Keilah, for I will help you conquer the Philistines.”

David believed the word from God, he convinced his men to go with him, and they took off to Keilah.  With the Lord’s help, David and his men slaughtered the Philistines and rescued the people of Keilah and their livestock.  When Saul heard that David was at Keilah, he was excited.  He said, “We’ve got him now! God has handed him over to me, for he has trapped himself in a walled town!”

Saul mobilized his entire army to march to Keilah and to overtake David and his men.  David learned of Saul’s plan and told Abiathar the priest, to bring the ephod (a priestly robe) to him so he could ask the LORD what to do.  Then David prayed, “O LORD, God of Israel, I have heard that Saul is planning to come and destroy Keilah because I am here.  Will the leaders of Keilah betray me to him?  And will Saul actually come as I have heard?  O LORD, God of Israel, please tell me.”  And the LORD said, “He will come.”  Again David asked, “Will the leaders of Keilah betray me and my men to Saul?”  And the LORD replied, “Yes, they will betray you.”  Wow!  David risked his life to save the people of Keilah and they were going to betray him to Saul.  Excuse the common vernacular, but folk will do you like that.  Thankfully, God is faithful, and He will never let us down.

1.  You must be able to hear from God for yourself!

— As we study the differences between David and Saul, one thing is clear in today’s passage.  One man was hearing from God (David), and the other was trying to convince himself that he was (Saul).

— David knew he was hearing from God.  Saul thought God was doing things for God.  David did not move until he knew what God wanted.  Saul was doing whatever the thought was right and then asking God to bless it.  This is a perfect example of the difference between those of us who are led by God’s Spirit and those led by their own selfish desires.

— David was destined and anointed to be the King, but he was waiting on God to make a way for him to take the throne.  Saul was in the position, and he was already fired.  He just did not realize it.  Why didn’t he know it?  Because he had no relationship with God for himself.  Saul relied on priests and prophets to tell him the will of God.  David appreciated the priests and prophets, but he sought the Lord for himself.

— When David needed to know what God’s will was, he went to Abiathar, the priest.  But he did not ask the priest to inquire of the Lord for him.  No.  He asked the priest to bring him his priestly robe (an ephod), and he inquired of the Lord himself.  God told him that Saul was coming and that the people of Keilah were going to betray him.  Equipped with this revelation, he was prepared for what was coming next.

— God has already been to your future.  You have God’s Spirit on the inside of you (if you are Born-Again).  Instead of worrying about your future, why not ask God about it?  He can provide you revelation that will far exceed your education and experience.

2.  It is critical that you develop and personal and intimate relationship with the Father.

— While David was all alone in the fields, facing the dangers from wolves, lions, and bears, he had to learn to depend on God for himself.

— When David was in the cave, at rock-bottom, on the run, tired and hungry, he once again had to learn to rely on God directly.

— David did not have a Priest or a Prophet he could rely on routinely, so he talked to God directly.  The relationship David had with God, and his ability to talk to God for himself, proved critical at countless moments in his life.  The same will prove critical for you!

— While you should appreciate your Pastor, Priest, and the other spiritual mentors, you MUST learn to hear from God for yourself.  You MUST develop a personal and intimate relationship with the Father because it is this relationship that will see you through the hard challenges when they come.  And believe me, they will come!

— When hard times come, knowing what God is leading you to do will give you peace!

3.  You can be in the center of God’s will and still face opposition.

David was right where God told him to be, and he still faced opposition.  All David did was exactly what God told him to do, and Saul’s army was on his way to fight him.  Further, David was led by God to rescue the people of Keilah, and God told David that those same people were prepared to betray him.  My point is: don’t think that you are outside of the will of God, just because you are facing challenges.  Opposition is not always an indication that you are outside of the will of God.  Sometimes it is proof-positive that you are in the center of His will.

— The people David had just rescued were ready to hand him over to Saul.  Isn’t that sad?  It’s sad but true.  Some people are just not reliable.  They will thank you one minute and betray you the next.  They will smile in your face and then stab you in the back as soon as you turn around.  I am not saying this for you to build up resentment towards people.  I am saying it as a reminder that your confidence must be in God and God alone!

— Even when we are faithless towards God, God is still faithful towards us (2 Tim 2:13).

— We did nothing to cause God to start loving us, and nothing we can do will cause Him to stop!

— God loves you dearly!  So people make time to spend time with Him.  If you develop a relationship with Him, this relationship will fuel every area/aspect of your life!

Father, I thank You for wanting a relationship with me.  The fact that the God of the universe cares about me is amazing to me.  You think about me, You made plans for me before the foundations of the world, You pursued me when I wanted nothing to do with You, and You now willingly take time to commune with me.  For that Father, I will never cease to give You praise.  I will not neglect my relationship with You.  I cherish the time we spend together.  I am thankful for my Pastors and spiritual mentors, but nothing can replace my direct relationship with You Father, through Your Son Jesus the Christ, empowered by Your precious Holy Spirit who lives in me.  I hear from You directly, and this divine hearing impacts every area of my life!  You answer my prayers, You give me direction, and You speak to me when I need it.  This is why I can boldly declare that GREATER IS COMING FOR ME!  I declare this by faith. In Jesus’ name, Amen!

Greater Is Coming (Pt.41) God Is Better To Us Than We Acknowledge!