Greater Is Coming (Pt.63) The Dangers of Idle Time 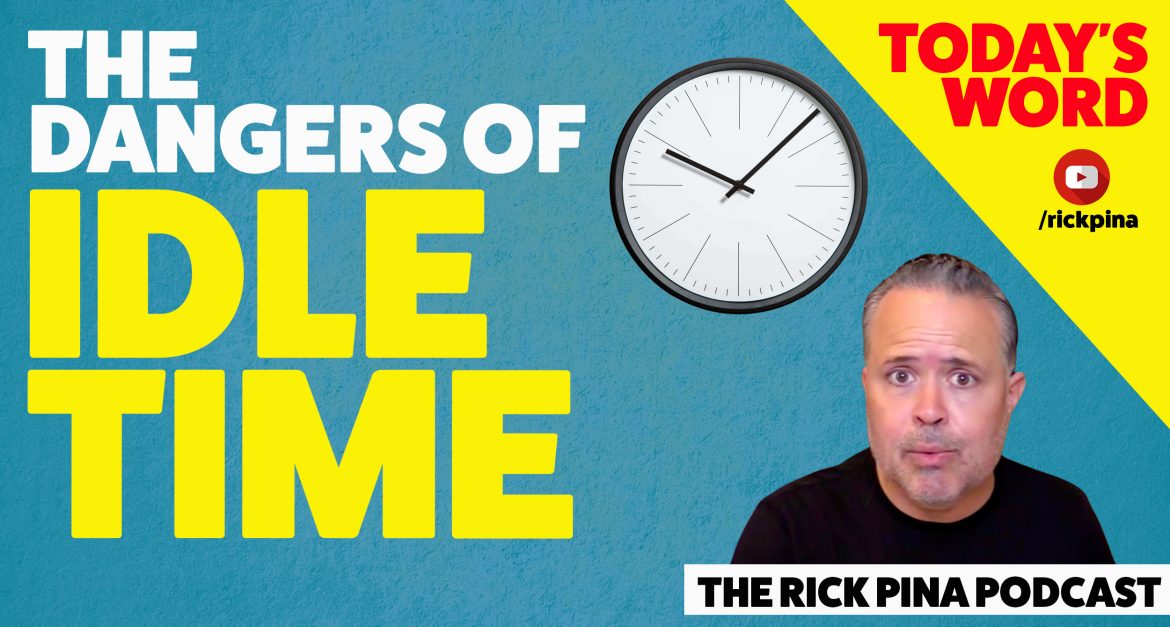 Note:  Before I get into the message, I want to wish everyone a Happy Veteran’s Day.  Isabella and I both served.  We have a combined 46 years of service between us.  We truly enjoyed our time in the military, and we honor all those who have served and who are serving. We SALUTE you! Thank you for your service!

Today I will continue with “Faith and Patience Volume 5 – Greater is Coming!”  We learned yesterday that the nation of Israel was divided after Saul’s death.  11 tribes were under the rule of Ishbosheth, Saul’s son, and one tribe (Judah) was under the rule of David, Jesse’s son.  The tension between the two nations was palpable.  One day General Abner led Ishbosheth’s troops from Mahanaim to Gibeon.  This spelled nothing but trouble because Gibeon was where David was headquartered.  So Joab, the son of Zeruiah and Commander of David’s forces, led David’s troops out to meet Abner and his men at the pool of Gibeon.  The two groups sat down there, facing each other from opposite sides of the pool.  Abner had no business bringing his troops into David’s territory.  Nothing good was going to come out of it.

While the two forces were staring each other down, General Abner came up with a bright idea.  I know this did not come from God.  Abner suggested to Joab, “Let’s have a few of our warriors fight hand to hand here in front of us.”  Joab foolishly agreed.  So 12 men were chosen to fight from each side.  Each one grabbed his opponent by the hair and thrust his sword into the other’s side, and before you knew it, all 24 men were dead.  The field where this took place in Gibeon has been known ever since as the Field of Swords.

A fierce battle ensued.  It was terrible because brother was fighting against brother, cousin against cousin, and uncle against nephew.  The two kings were at home in their respective palaces when a civil war broke out.  This battle could have easily been avoided.  It basically happened because their military commanders were playing around while they were bored during idle time.  When it was all said and done, David’s army lost 19 men that day, but Ishbosheth’s army lost 360.  In all, 379 men died because two commanders made a foolish decision.  Not only that, the tension between the two nations, which was already high, was amplified even more.

So what does this mean for you today?  It’s Veteran’s Day, and this passage is appropriate, so I will weave in some lessons on leadership that align with this series.

1.  Only delegate authority to those worthy of the responsibility.

— Abner and Joab should have known better than to start a civil war.  Much less without their bosses, the actual kings, involved.  But unfortunately, this is what happened in our text for today (2 Samuel 2:12-32).

— As a leader, know that when you delegate the authority to make a decision to someone, you will have to deal with the consequences, good or bad, of their decisions.  So choose wisely.  Don’t delegate to those who are not prepared to handle the weight of their decisions.

— While this series is about faith and patience, this point on leadership, delegation, responsibility, and accountability is important.  If what God has called you to do bigger than just YOU, you will need others to get it done.  As you lead others, learning what to delegate and empower others to do and what to keep under your authority will make your journey both pleasurable and profitable.

2.  Take the authority that has been delegated to you seriously and make prayerful decisions.

— If you are the leader who has been entrusted to lead and make decisions, make sure you do so in a prayerful and careful way.

— A foolish decision made by a leader can negatively impact all those under his or her leadership.

— When you are a leader, you look at the “big picture,” and you ask God for the grace to lead under His direction.

— Leaders establish a “command climate.”  You set the tone for all those under your leadership.  Take this responsibility seriously.

— If you are led of God, one of the most rewarding parts of your life will be your time as a leader.  However, if you are not lead of God, the challenges of leadership can strip you of your joy, disrupt your peace, and stifle your progress.

— We have all heard it said that “an idle mind is the devil’s workshop.”  Abner and Joab had idle time.  While they were inactive and non-productive, these leaders had nothing better to do with their time than to sit fierce warriors across from each other.  In the end, 379 men died as a result.

— The message for you is simple: stay focused and productive.  If you have time on your hands, do something productive with it, or get rest, but don’t sit around idly because nothing good will come from it.

— Jesus said, “But I tell you that everyone will have to give account on the day of judgment for every idle word they have spoken.” (Matthew 12:36).  The word idle here is also translated, “unproductive” or “without purpose.”  Just like you will have to give account for every idle and unproductive word, you will have to do the same with idle and unproductive time.  One of the most valuable resources God has given you is time.  Once it is gone, you cannot get it back.  So make the most of the short time you have here on the earth.

— You only get one life.  Determine to make the most of it.  If you are idle, unproductive, and purposeless, you will waste the short time you have in this world!

— While time is going by while you are waiting on God, you DON’T have time to be idle.

— Life is like a vapor.  James said: “Yet you do not know [the least thing] about what may happen in your life tomorrow. [What is secure in your life?] You are merely a vapor [like a puff of smoke or a wisp of steam from a cooking pot] that is visible for a little while and then vanishes [into thin air].” (James 4:14 AMP)

— If you crack the door open for satan, he will kick it wide open.

— If you give the devil your attention for 5 seconds, he will have your mind for 5 minutes, and you won’t like the results.

— Abner and Joab had idle time, so they sat around doing nothing.  This opened the door to the enemy, and 379 men died as a result.  Learn from today’s passage.  Keep your mind focused, your heart set on your purpose, and your spirit attuned to God.  This way, you won’t open the door to foolish decisions.

Father, I thank You for leading me by Your Spirit and Your Word in all things.  I only delegate authority to those worthy of the responsibility.  I prayerfully consider those I place in positions of authority, I empower them to maximize the opportunity, and I mentor them so they can lead under the spirit of my leadership.  When given delegated authority, I take the responsibility seriously, and I lead with integrity.  I prayerfully and carefully make my decisions so that I do not give space to the enemy in any way.  I make the most of every leadership opportunity, and I seek to get the most out of the people.  I avoid idle and unproductive time.  When I have time, I use it wisely.  I seek to maximize every season, both personally and professionally, so I can be the man/woman You have called, destined, designed, and desire me to be.  Father, I am ready to make Kingdom impact today.  I have been mentored, therefore I mentor.  I have been led, therefore I lead.  I am blessed, therefore I seek to be a blessing.  As I enter into this day, I declare that every meeting, conversation, and activity I engage in today is blessed!  And GREATER IS COMING FOR ME because I don’t waste time!  I declare this by faith.  In Jesus’ name, Amen!