Intentional Progress in 2022: Life Lessons From Jesus (Part 31) – The Road to the Resurrection (Part 2) 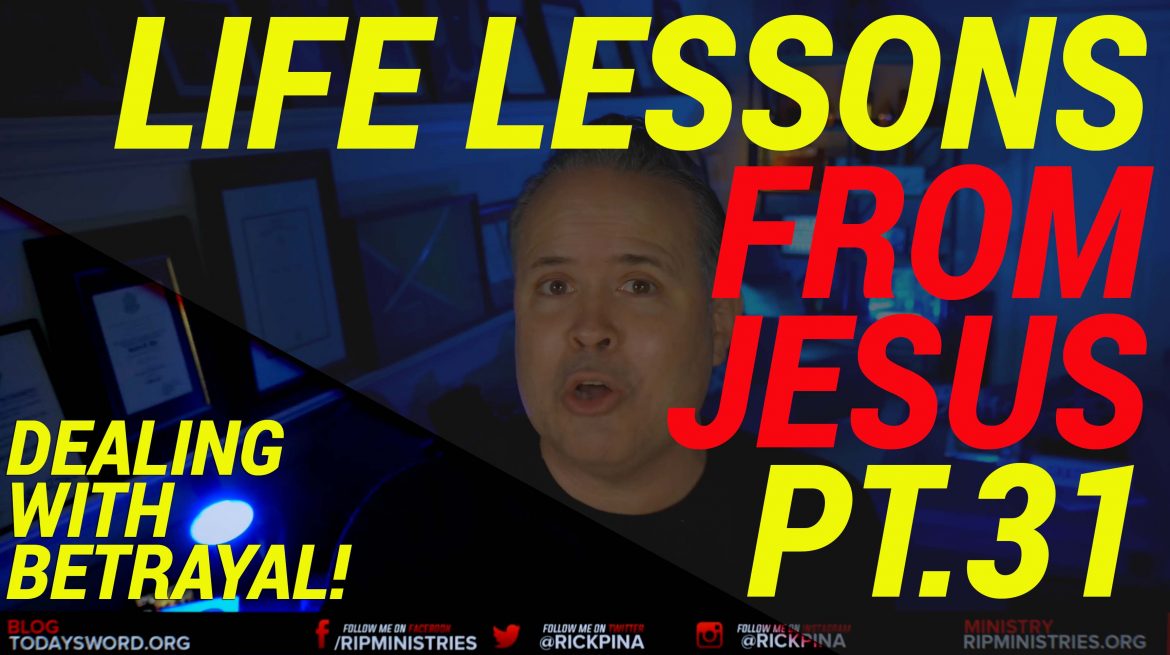 This morning we continue our journey into this year, focusing on making “Intentional Progress.”  I shared six steps to intentional progress with you, and I will continue to walk through them over the next few weeks.  As a reminder, here are the six steps.

Picture this scene for a moment. Jesus had just finished sharing His heart with His disciples, and He prayed a powerful prayer to the Father. Judas shows up with a clan. Judas tells the people he is with that he would kiss the one they needed to arrest. Judas betrays Jesus with a kiss Jesus calls him “friend” (Mat 26:49,50). The men with Judas attempt to arrest Jesus. Peter cut one guy’s ear off, because it was evident that the men coming for Jesus were prepared for a fight. Peter was ready for that fight. But Jesus puts the ear back on the man and tells Peter to stand down.

Our text tells us that Judas arrived with a detachment of soldiers, the Commanding Officer, and the temple police. All of this for one man? Well, not just any man. This was the only sinless man to ever live. They could have brought ten legions of men, and they would not be able to arrest Jesus unless He allowed it. But Jesus did. Jesus was hauled off like a criminal, arrested without a warrant and without a charge. Jesus was taken to Annas, the father-in-law of Caiaphas.

Annas was a High Priest who had been deposed of his office, probably due to something he had done. His son-in-law (Caiphas) was made his successor. Although Annas no longer legally operated in the office, he still held the title. Once you were High Priest, you were so for life. Many still considered Annas to be the man with the power. So they took Jesus to Annas first and then to Caiaphas. This would be the first in the string of mock trials that Jesus endured on the road to the Resurrection.

So what does this mean for you today?  We will seed to learn a few key lessons about dealing with people.

1.  Jesus was betrayed by someone on his team.

Jesus specifically prayed for the Father NOT to take us out of the world. He wanted us to remain in the world but to also know that we are not of it. That being the case, we have to learn how to deal with the people of this world the way God would. Unfortunately, one of the things we must learn to deal with is betrayal.

— Joseph was betrayed by his own brothers. They almost killed him but then decided to sell him into slavery.

— David was celebrated by King Saul in one minute (because David dealt with Saul’s Giant/Goliath problem), but then Saul turned on David and tried to kill him several times.

— The sad truth is that some people who claim they will be with you forever may turn on you eventually. The good news is that God is faithful. God will never turn on you. While people may smile in your face and then stab you in the back, God never will. I learned a long time ago that not everyone who is WITH you is FOR you. This is why our confidence and trust must be in God and not in man.

Here are three lessons to learn from this:

a) True friends are hard to find. When you find a true friend, cherish the relationship.

b) Don’t worry about betrayal. If it happens, you will still be fine. The enemy’s poison cannot stop your purpose. Joseph turned out alright. His brothers actually helped usher him into his destiny. David turned out alright. Saul could never lay a hand on him, and after Saul was dead, David took over. And Jesus turned out just fine. He went to the cross for our sins, He was raised from the dead with all power in His hands, He ascended into heaven, and He is coming back again, in glory, to judge the living and the dead.

In the end, no one monkey can stop God’s show in your life. What God has for you is for you, and no one can stop you!

c) God called us to love. We are to love others, even when they don’t do the right things. Jesus said, “Love your enemies, do good to those who hate you, bless those who curse you, pray for those who mistreat you.” (Luke 6:27,28).

People can be messy, but God called us to love them anyway. Pray for them in earnest. Refuse to come down to their level. Maintain your peace. If God made your name great, there is nothing anyone can do about it. They won’t be able to tarnish your name because you are God-made and not self-made.

Simply put, no one can curse what God has blessed. And God, who is the ultimate judge, will see to it that others either correct their ways or they get what is coming to them; that they reap what they have sown. So look up and not down, walk in love and not revenge, and maintain your joy.

2.  Sometimes, the people who should know better are the ones who fail you.

— If anyone should have recognized Jesus as the Messiah, it was the High Priest.  The High Priest had the right heritage (descendants of Aaron), wore the right clothes (priestly attire), and had the right authority (the only ones allowed to go into the Holy of Holies).  You would think that Annas and Caiphas would have recognized the King of Glory.  You would think they would have known the scriptures well enough to identify Jesus with prophecy.  But they didn’t.  They saw the Son of God as a mere man.

— The Pharisees, the Sadducees, the Sanhedrin Council, the entire body of Priests, and two actual High Priests all missed the Messiah while He was standing right in front of them.  What does this tell you?  It tells me that humans would be lost without God’s grace.  Humans fail all the time, but God never fails.  It is only by God’s grace that He chooses to use us – failures, flaws, and all!

— Sometimes, the people you think you should count on the most wind up helping you the least.  But don’t worry, God’s got you!

— Your confidence should never be in men.  Always keep your confidence in God.  Thank God for men.  Appreciate your “tribe.”  Thank God for the people He has blessed you to do life with.  But just know that humans are flawed.  So sometimes, those you think you should count on the most, like Judas (one of the 12 men on His direct staff), wind up letting you down.  When it happens by those closest to you, it hurts.  When it happens by those who are supposed to know better (like the two High Priests in our text), it does not make any sense.  But no matter how it happens, just keep looking up and not down.  God is still God.  His promises are still true.  Greater is still coming for you!

Jesus was not taken to the lowlifes of the city.  He was not taken to backhanded shady characters.  Jesus was erroneously arraigned and convicted without a charge, and the process went through the Priestly office.

— When you choose to look at challenging circumstances through the lens of faith, infused by God’s grace, you will be able to look past the mess long enough to see the message, to look through the problems far enough to see divine purpose!

— When people who should know better fail to do better, just keep your eyes fixed and focused on God.  He is still on the throne, He still has His hand on you, and He is still working to bring to pass His perfect will for your life!

Father, I thank You for the example You have given me in Christ Jesus.  In Jesus, I see a man, a human, who walked the earth without sin.  He was perfect in every way.  He was perfect for me because He knew I would not be perfect.  Jesus was righteous for me because He knew I could never be righteous on my own.  I am IN Christ, and He is IN me.  I take on Jesus’ perfection and righteousness.  I love as Jesus loved.  I live as Jesus lived.  Jesus was accused, arrested, arraigned, and convicted, without any true case against Him, without any eyewitness testimonies, and clearly without a fair trial.  But Jesus did not complain because He did it for me.  I appreciate what Jesus did for me, and I learn from the process He endured on the road to the Resurrection.  Two of the most qualified men to identify Him as the Messiah would up turning on Him and having Him arrested.  This reminds me that my trust must be in You and not in man.  I love my fellow man.  I pray for my brothers and sisters.  I seek to be a blessing to others.  But my underlying trust is in You and in Your overwhelming grace towards me.  So, Father, I enter this day with fearless confidence because my trust is firmly rooted and grounded in Your love and grace towards me.  Even if men let me down, I am still okay because You will never let me down!  Even when those closest to me betray me, I am still fine becuase You are still on the throne, and You still have plans for me.  Since my eyes are focused on You, I know GREATER IS COMING FOR ME!  I declare this by faith.  In Jesus’ name.  Amen.

Intentional Progress in 2022: Life Lessons From Jesus (Part 30) – The Road to the Resurrection (Part 1)