Greater Is Coming (Pt.16) Your Life is for God’s Glory! 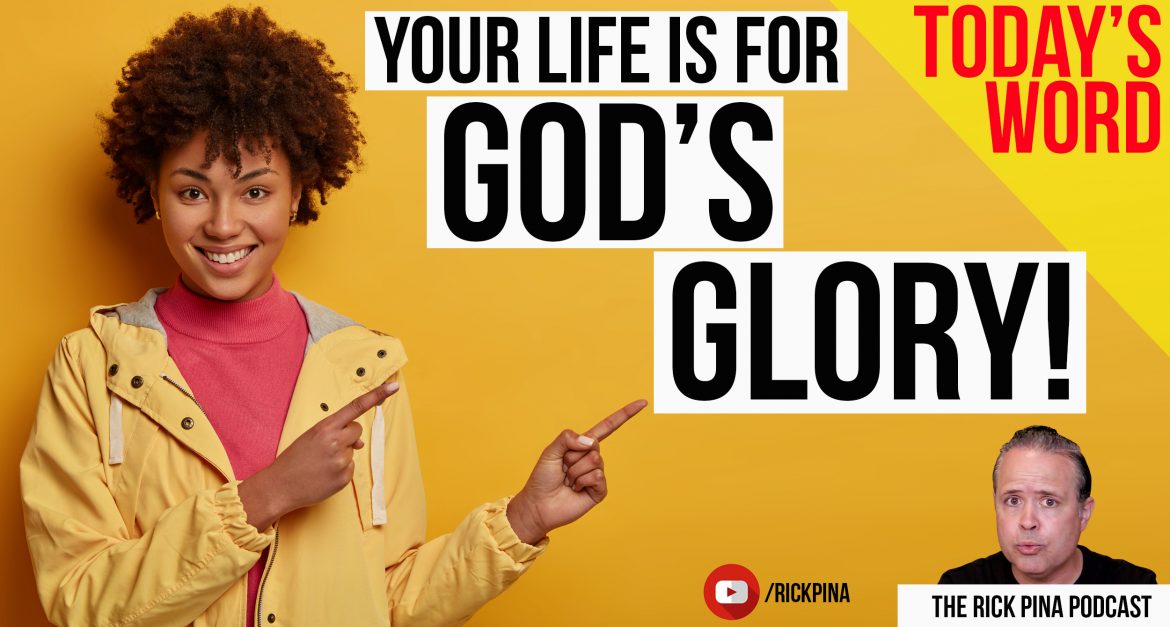 Today I will continue with “Faith and Patience Volume 5 – Greater is Coming!”  We are studying the life of David.  We will cover 1 Samuel 17:41-47 again.

You should be able to imagine the scene by now.  Both armies are in formation on the adjacent side of the valley.  A giant walks down into the valley from the Philistine side. He is over 9 feet tall.  His armor weighs 125 lbs.  The head on the javelin he is carrying weighs 15 lbs.  His shield is so big that another man is carrying it for him.  This man is clearly ready for battle.  On the other side, a teenager walks down into the valley.  He is clearly not a giant, and he is not dressed like a Soldier.  He is more dressed like he is ready for chores than for battle.  He has a shepherd’s staff, a slingshot, and five smooth stones.  That’s it.  But God is with him.  That’s a major difference.

As soon as the men face each other, a war of words ensues.  The giant says, “Am I a dog, that you come at me with a stick?”  And he then began to curse David by the names of his gods.  David, unbothered, responded, “Come over here, and I’ll give your flesh to the birds and wild animals!  You come to me with sword, spear, and javelin, but I come to you in the name of the Lord of Heaven’s Armies—the God of the armies of Israel, whom you have defied.”  For David, this was spiritual.  David knew the Lord was with him.  So he continued, “Today the Lord will conquer you, and I will kill you and cut off your head.  And then I will give the dead bodies of your men to the birds and wild animals, and the whole world will know that there is a God in Israel!  And everyone assembled here will know that the Lord rescues his people, but not with sword and spear.  This is the Lord’s battle, and he will give you to us!”

So what does this mean for you today?  I will share a few thoughts around the theme: God placed you on this planet to bring His name glory.

1.  God could have selected a seasoned warrior.  God could have sent out a man selected by Him with full armor and a sharp sword.  He could have made someone as big as Goliath for Saul’s army, but what would be the fun in that?  God specializes in man’s impossibilities.  God does the uncommon in unconventional ways.  He does this, so it is clear that He was behind it so that no human can get His glory!

2.  God wants to be seen through men in the earth.  When He manifests His unmatched power through average men, this is exactly what happens.  When God uses someone in a clearly supernatural way, His grace and His glory are on full display because people know that what they just witnessed was far beyond the human’s (whoever God used at the moment) ability to perform.  People see a human doing something, but they know in their hearts that God is moving through the person.  God loves does this, because when He does, He gets all the glory!

3.  God will send you into a situation that far exceeds your power, ability, and strength.  He does this to force you to rely on HIM.  At that point, you know you can’t do it, so you don’t even try.  You rely on God entirely.  When you do, He flows through you to accomplish what you could have never accomplished on your own.

4.  All the glory belongs to God.  The first commandment in the 10 Commandments is, “You shall have no other gods before Me.” (Ex 20:3).  Our God reserves the place of “God” all for Himself.  Our God is a jealous God (Ex 34:14), and He does not want us to give any of the glory that belongs to Him to any other god or to any other person.  So when you have a situation that is SO bad that you don’t see a way out, it is a perfect situation for God. When God manifests His power in an exceedingly bad situation, one that so ridiculous and so humanly impossible that no one expects victory, He gets all the glory, and that is what He is looking for.

5.  David saw this as a situation where God could be glorified.  He said, “Today the Lord will conquer you… and the whole world will know that there is a God in Israel!”  David’s focus was on God.  His desire was for God to get the glory.  That is why he was able to kill the giant with a slingshot and a stone.  When you desire to give God glory, there is nothing He will not do in, with or through you.

6.  No matter how bad your situation may seem this morning, it is not too big or too bad for God.  He can make the world’s impossibilities a reality for you.  He does this so He can be glorified in and through your life.  Are you willing to believe God, even when you are facing your giant?  If you do, you will watch every giant in your way FALL under the power and pressure of God!  And God will be glorified through your life and living.

Father, I expect You to be glorified through my life and living.  You send me into impossible situations, just so You can flex Your muscles and manifest Your power.  You make the impossible possible for me. You put Your super on my natural daily.  You empower me to do what I could never do without You.  You do this so You can be seen, acknowledged, respected, and reverenced in the earth. You manifest Your power through me so You can be glorified on this planet.  Therefore, I declare, that with You on me, nothing is impossible!  No giant is too big.  No problem is too hard.  All things are possible, and GREATER IS COMING FOR ME!  I declare this by faith. In Jesus’ name, Amen!

Greater Is Coming (Pt.17) Seeing What You are GRACED To SEE!