Greater Is Coming (Pt.46) The Power of Love! 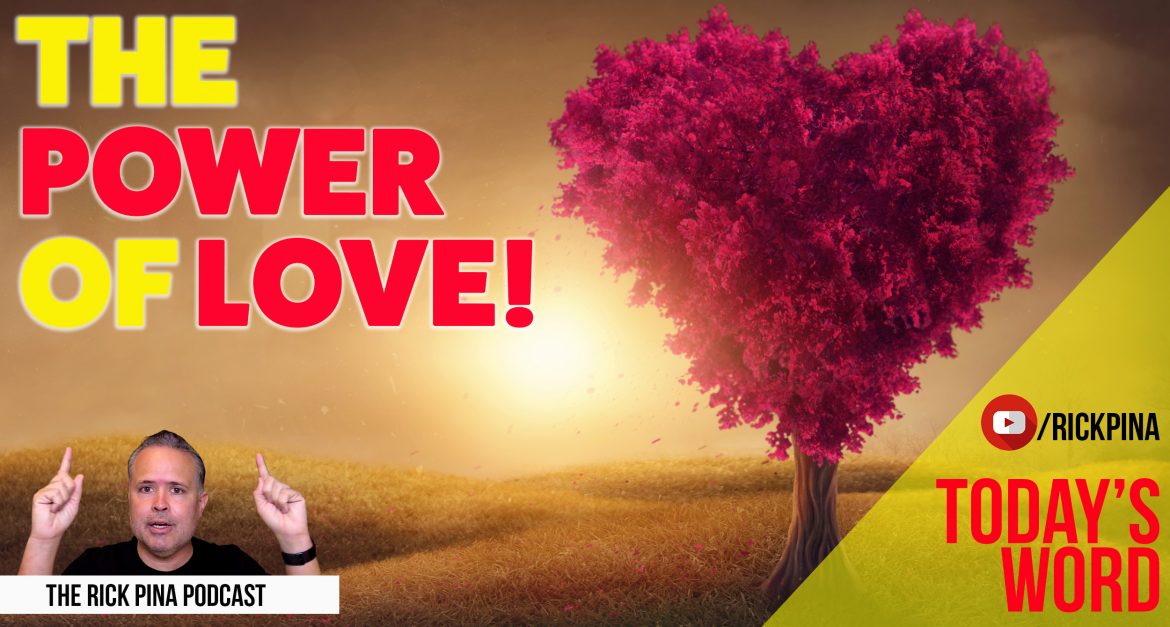 Today I will continue with “Faith and Patience Volume 5 – Greater is Coming!”  Today we will close out chapter 22.

After David confronted Saul, making it clear that he had caught the King with his pants down (literally), and that he could have easily killed him in the cave, David made two things clear to Saul.  First, David told Saul that the Lord Himself would judge between the two men.  David was convinced that God would see to it that each of them received what they had coming.  Second, David’s confidence was in the Lord Almighty.  So he was not afraid of Saul or the King’s men.  David was convinced that every one of Saul’s attacks would fail.  Saul had thousands of men, but David had the protection of the Almighty God.  SAYING you believe in divine protection and actually DOING what David did (confronting Saul in front of 3,000 soldiers, at the risk of his own life), are not the same thing.  Here is a reminder; faith is not what happens when you try to convince God.  Faith is what happens when God convinces you!  When you are SO convinced of what God said that you step out in fearless confidence, fully persuaded that God will honor His word.,

When David had finished speaking, Saul was convicted.  To this point, Saul was somehow convincing himself that he was right and that David was wrong.  I believe deep down inside, Saul knew it was not true.  He had to know he was outside of the will of God.  But as people often do when they are in error, he did an excellent job of convincing himself otherwise until this incident brought his error to the forefront of his mind and heart.  Saul said, “Is that really you, my son David?”  By calling him “son” he was acknowledging that David had not really done anything wrong to him.  As Saul thought of David as the husband of his daughter and the best friend of his son, the King began to cry.

The King was crying in front of his 3,000 elite Soldiers, and in tears, he said to David, “You are a better man than I am, for you have repaid me good for evil.  Yes, you have been amazingly kind to me today, for when the LORD put me in a place where you could have killed me, you didn’t do it.  Who else would let his enemy get away when he had him in his power?  May the LORD reward you well for the kindness you have shown me today.  And now I realize that you are surely going to be King, and that the kingdom of Israel will flourish under your rule.”

Saul broke down and acknowledged that David was the better man and he finally accepted the fact that David would be his successor as King of Israel.  Not only that, but Saul acknowledged that David was going to do a better job than him as King.  Just like that, any illusions Saul had of Jonathan taking over fled his mind as he realized that the Lord’s hand was on David to rule the nation.  With that understanding, Saul asked, “Now swear to me by the LORD that when that happens you will not kill my family and destroy my line of descendants!”  David promised this to Saul with an oath.  Then Saul went home, but David and his men went back into the cave.  I will stop here for today.

1.  When you bless your enemies, it eventually catches up with their conscience (if they have one).

— David’s son, Solomon, would later teach us that when your enemy is hungry, and you feed them, or when they are thirsty, and you go out of your way to give them water, you are personifying the love of God.  You are being better to them than they are to you.  As a result, Solomon said that it is like placing burning coals on their head (Prov 25:21,22).  Eventually, the good you are doing will eat away at them and they will realize the error of their ways.

— Jesus said it this way, “Bless those who curse you, pray for those who mistreat you.” (Luke 6:28).  Jesus was saying this to teach us several lessons:

— God’s love is one-sided.  This means that God’s love for us is not contingent upon our actions towards Him.

— God IS love.  His love is one-sided.  This means that this one-sided love LIVES inside of us.

— If you commit to maintaining Godly character, despite others’ actions towards you, then one of two things will happen.  Either 1) the people who are fighting against you will realize the error of their ways (like Saul did in our text today), or 2) God will cause them to reap what they are sowing, and they won’t be around long enough to bother you anymore.  I have personally seen both things happen in my life.  I saw people who talked about me, for no reason, eventually come and apologize, realizing they were wrong.  And I saw others simply become a non-factor.  God removed them from the picture because they were putting their LIPS on God’s anointed.  In either case, I did not have to worry about them.  I just kept focusing on my purpose.  This is how we are supposed to live.

— For you to become the man/woman you are called to be, it will require focus, determination, patience, and divine endurance.  You don’t have time to spend or energy to waste on people that will not matter when it is all said and done.  Keep walking in love, and they will either repent or get out of the way.

2.  While you are waiting on God, refuse to violate the commandment of LOVE.

— Even though Saul repeatedly attempted to kill David, and even though he had made David’s life miserable, when Saul asked David to show kindness to him and his family, David obliged and took an oath to do so.  David did not hold a grudge.

— David did not allow Saul’s actions to cause a callous to develop over his heart.

— David operated in LOVE, and if you want to experience God’s best, you must, at all costs, do the same thing.

— Once you are out of LOVE, then you are clearly outside of God’s will.  But you may say, “Hold on, Rick.  You don’t know what they did to me!”  To which I will respond, “God’s LOVE is one-sided, so it does not matter what they did or failed to do.  The Father expects you to walk in LOVE every day of your life.  LOVE opens the door to His best.”

3.  Sooner or later, even your enemies will acknowledge the favor of God on your life.

— Even though Saul had been trying to kill David for a long time, he finally had to acknowledge that God was with David and that there was nothing he could do to stop him.

— I have personally experienced this.  I have had people who talked about me (for no reason) to come back and reluctantly acknowledge that I am a blessed man.  They may not even know God, but they recognize the fact that there is something/someone greater than me operating in my life, opening doors that no man can close.  If this has not happened to you yet, just keep pursuing your purpose, and it will.

— David’s son, Solomon, later taught us that when your ways please the Lord, God has a way of seeing to it that your enemies will come and make peace with you (Prov 16:7).  You don’t have to force it.  Just keep pursuing your purpose.  Keep being YOU, and it will eat away at them.

— They may not like you (because of their own insecurities), but they cannot deny the fact that God is with you!

— When you fail to cooperate with God, you make it hard for Him to operate in your life.  But when you are submitted to God, you are aligned with His will, and you are pursuing His purpose, no man can stop what the Lord has started in your life.  No one!  Saul was a King, and he could not stop David.  The same will hold true for you.

— Just as long as you don’t put a “NO” where God put a “YES,” no one on this planet will be able to do it.  Keep going; GREATER IS COMING!  It may take time like it did for David, but if it does not look like you’re winning, it’s only because the battle is not over.  The only way you can lose is if you quit!

Father,  I thank You for making plans for me before I was born.  I declare by faith that I discern what Your Kingdom plans and purposes are for me, and I pursue them all the days of my life.  I know I will experience opposition along the way, and some may even oppose me to the point where they consider themselves to be my enemies.  But even my enemies will someday acknowledge Your hand upon my life.  No one can put a “NO” where You have put a “YES” for me.  I refuse to violate Your commandment of LOVE.  I LOVE with Your LOVE every day of my life.  I never repay evil with evil.  I repay evil with good.  I show mercy and grace towards those who rise up against me.  I pray for my enemies with relentless compassion.  I intercede for those who come up against me because I know two things.  First, their attacks against me will fail.  Second, they are coming up against Your anointed, and they don’t know how dangerous that is.  I just keep reminding myself that GREATER IS COMING FOR ME!  I declare this by faith. In Jesus’ name, Amen!