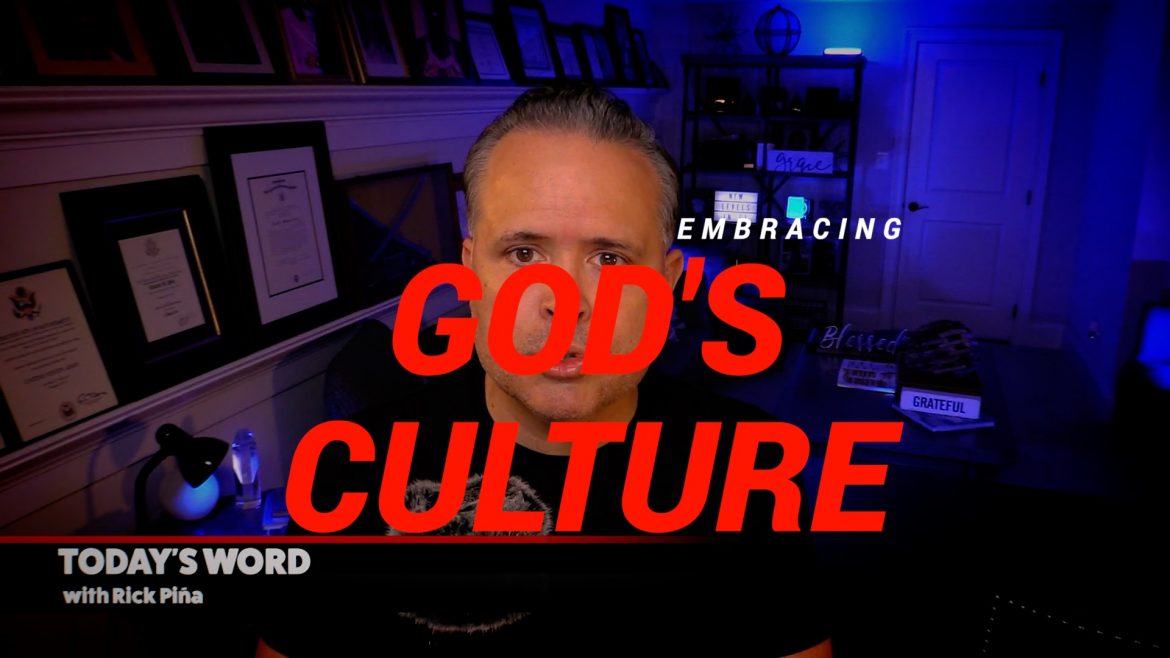 One of the greatest ways to “Level Up” your life is to fully embrace the culture of God’s Kingdom.  God’s Kingdom functions on a culture of honor.  Let’s talk about it today.

1.  Jesus was not received in His hometown because they failed to HONOR Him.

Yesterday we saw how Jesus, in the middle of His ministry, visited His hometown.  He was there, the anointing of the Father was on Him, the power to perform miracles was present, but the people could not get past the fact that he was the carpenter they knew from “down the street.”  They saw Him as “Mary’s son” and “Joseph’s boy.”  As a result, Jesus was not able to perform many great miracles there.  Why?  Because there was a lack of HONOR.

— God can bless you directly, without the involvement of another human.  This is clear and obvious.  However, He also blesses you through the anointing that He has placed on others.  For you to receive from God ON them and IN them, you have to HONOR THEM!

— If you fail to honor the human, you will have a hard time receiving from the God IN the human.

— In 2021, as you seek to level up, please level up your perspective of HONOR.  If you don’t embrace God’s culture of honor, He may send someone to you WITH THE BLESSING you have been waiting for, only for you to MISS OUT on God’s blessing because you were so caught up in their humanity that you failed to receive from their divinity.

2.  Jesus gave two examples where a lack of honor caused people to miss out on the anointing God has placed on His servants.

When the people in Jesus’ hometown failed to acknowledge the anointing on His life, He said, “Verily I say unto you, No prophet is accepted in his own country.” (Luke 4:24).

Jesus went on to say the following:

25 But I tell you of a truth, many widows were in Israel in the days of Elias, when the heaven was shut up three years and six months, when great famine was throughout all the land;

26 But unto none of them was Elias sent, save unto Sarepta, a city of Sidon, unto a woman that was a widow.

27 And many lepers were in Israel in the time of Eliseus the prophet; and none of them was cleansed, saving Naaman the Syrian.

Jesus gave two examples of how HONOR and ANOINTING work.  I will briefly discuss each.

a)  Example #1: The Widow in Zarephath

7 And it came to pass after a while, that the brook dried up, because there had been no rain in the land.

8 And the word of the Lord came unto him, saying,

9 Arise, get thee to Zarephath, which belongeth to Zidon, and dwell there: behold, I have commanded a widow woman there to sustain thee.

— When the brook dried up, and the Lord was ready to use a person (a human, instead of ravens) to provide for Elijah.  Additionally, He was going to use the Prophet to be a blessing to the woman.

— There was an anointing on Elijah FOR PROVISION in the MIDDLE OF A FAMINE!

— God had to sent Elijah to someone who was going to HONOR what the Man of God said!

To speed up the story, Elijah went to Zarephath, he found the woman, the woman was prepared to die with her son, but the Prophet asked her to do something that would be considered a “hard thing.”  Give me some water (it had not rained for years), and give me something to eat first.

Jesus’ point was that there were widows who needed help who were closer to Elijah, but God had to send the Prophet to someone (in this case, a stranger), who would honor the anointing on his life.  As a result, he and her son lived, and they were blessed because they HONORED the man of God.  Their position of honor helped them to receive from the anointing on His life.

Naaman was a successful military commander.  He had lots of money, he had power and fame, but he was also a leper.  Under all the armor, his body was rotting away on the inside.  He was not close to the Prophet Elisha.  Elisha was in Israel, and he was around plenty of lepers.  The anointing was on the Prophet to heal leprosy.  But for someone to receive from the anointing, they have to HONOR the person.

God sent Naaman all the way from Syria to find Elisha in order for him to be healed.  He traveled a long with way money and gifts.  Elisha did not even come out to meet him.  He just told his servant to tell the commander what to do.  At first, Naaman got offended.  He almost left in an offense without his breakthrough.  But his servant helped him come to his senses.  In the end, Naaman did what the Man of God said, he HONORED Elisha, and he got healed as a result.

Jesus was basically saying that there were widows closer to Elijah who could have been blessed by the anointing on his life because they would have to HONOR him in order to do so.  With Elisha, there were many lepers closer to him, but none of them got healed because they did not HONOR the man he was called to be.

If you want to LEVEL UP this year, please LEVEL UP your heart where HONOR is concerned.  HONOR is the culture of the Kingdom!

3.  A few closing thoughts about HONOR.

1.  It’s easier to honor strangers than those you know very well.

2.  Don’t let your familiarity with your spiritual leaders keep you from receiving supernaturally from the anointing on their lives.

3.  Never get so familiar with your spiritual leaders that you fail to honor what God has anointed them to do.

— If you get close to them, there may be times where you see their humanity.

— Just don’t allow your exposure to their humanity, to keep you from receiving from their divinity!

4.  The people in Jesus’ hometown were ‘familiar’ with Him, so they failed to honor the anointing on His life.

a)  Those who could only see Jesus as “Joseph’s son” or “Mary’s boy”, could NOT receive from Him as the Son of God!

b)  Their familiarity made it hard for them to HONOR Jesus.

5.  Honor positions you to receive from God through His vessels in the earth.

6.  It takes a heart of honor to receive the supernatural through a natural man or woman.

7.  It takes honor to even put yourself in a position to be used of God.

a)  Not only is honor required to receive from honors, but it even takes a heart of honor to acknowledge the anointing and grace on your own life.

b)  Without developing a heart or honor you will fail to honor your own assignment.

c)  Honor helps you see yourself the way God sees you.

Father, I thank You for teaching me about Your culture.  I declare, by faith, that Your culture becomes my culture.  I fully embrace the culture of HONOR.  I HONOR those You have placed in my life to bless me.  I also HONOR the assignment and anointing You have placed on my own life.  I refuse to get caught up in the humanity of those You assign to me.  My focus is the divinity You placed in them.  Living this way, I am able to receive, I am able to be used, and You shall be glorified through my life and living!  HONOR helps me LEVEL UP my life in 2021 and beyond!  GREATER IS COMING FOR ME!  I declare this by faith, in Jesus’s name.  Amen!