The Christmas Story – A Poem 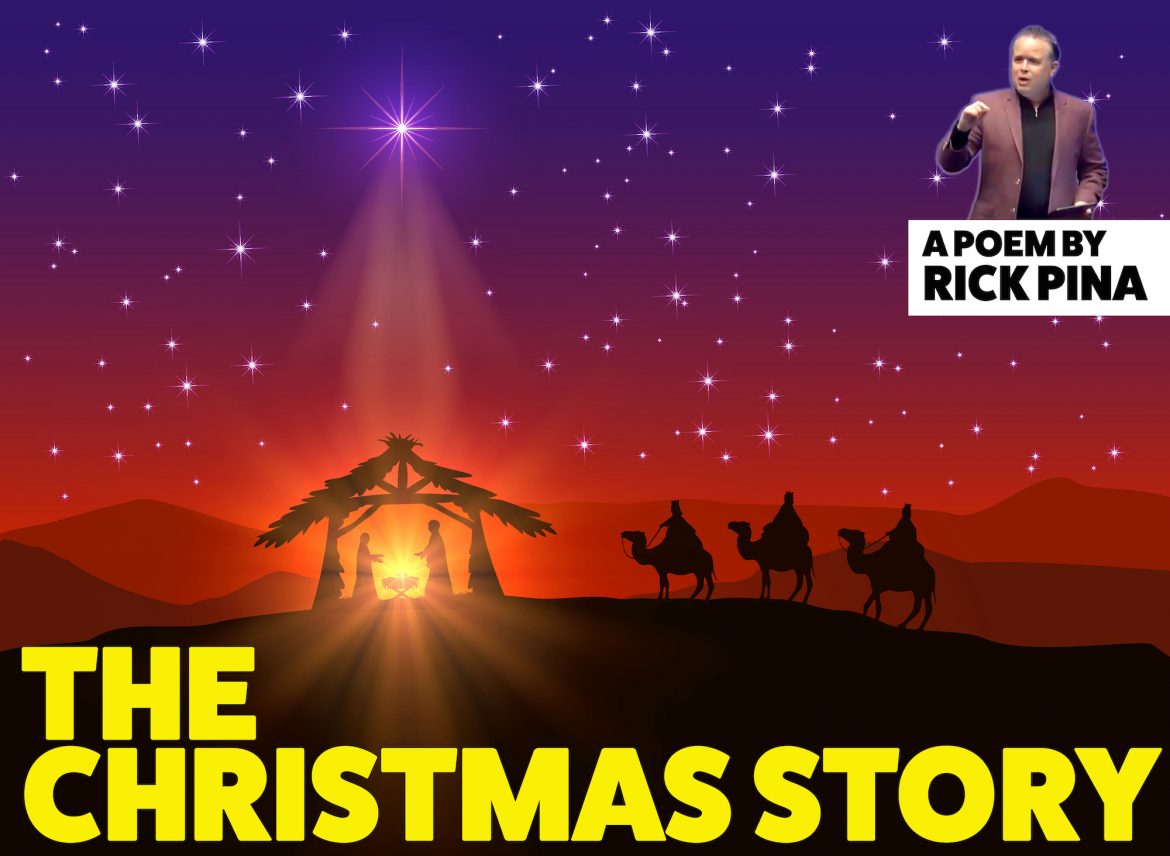 This is a poem the Lord gave me back in 1998, while I was stationed in Bosnia. I recently shared it in a message in 2020. Enjoy.

For thousands of years they tried to live sinless life, yet in vain,

Perfection alluded them, too strong was sin’s strain,

They killed sheep, bullocks, and turtledoves, all as a sacrifice,

But nothing that they found to kill would ever really suffice,

Once a year the high priest went in to the Holy of Holies, alone,

Wishing that for all the people, the sins God would atone,

But this practice at best, could provide a temporary solution,

This caused my God in heaven to make an awesome resolution,

He came to a lady named Mary, who was a Nazarene,

Through her submission to God, His Son would come on the scene,

He would be born in Bethlehem, to fulfill prophecy,

The star would shine brightly, for the three kings to see,

We celebrate his birth on Christmas, but his story doesn’t end there,

He went on to die on a cross, so that we could preach Him everywhere,

Behold the Lamb of God, who would pay the ultimate price,

His blood came streaming down, that tree on Calvary,

For the remission of sins, for the salvation of you and me,

They took Him down and buried Him in someone’s else tomb,

satan thought he had us, but this death would be his doom,

Three nights and three days would have to pass by,

He’s alive, He’s not there, would be the ladies’ cry,

For God rose Him up from the dead, with all power in His hand,

So that I could be delivered from sin, and join the Christian band,

So when you open up your gifts, on the upcoming Christmas day,

Take time to tell your kids the true meaning, and please take time to pray.

Lessons We Learned & Expectations We Have