Greater Is Coming (Pt.20) This is YOUR Moment! 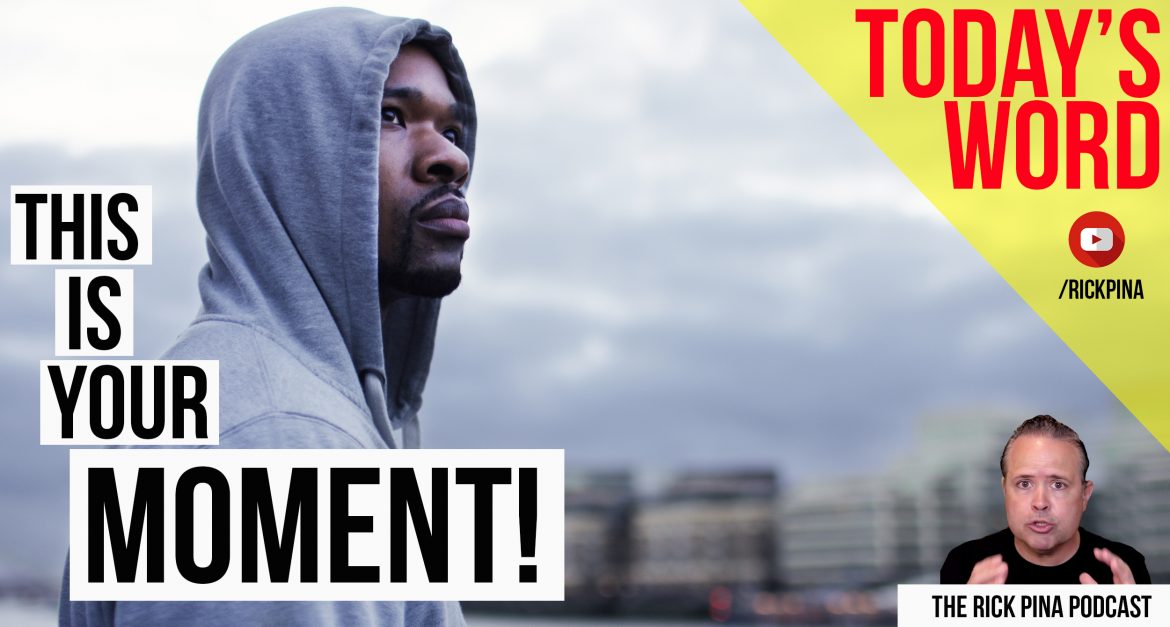 On Friday, we got to the point in the life of David when he killed Goliath.  This legendary story is rife with life application.  The story does not end with Goliath’s last breath.  The only reason David was fighting Goliath in the first place was that none of Saul’s men, not even one, dared to face him.  The giant stood in front of the Israelite army for 40 long days and taunted Saul and his Soldiers twice a day.  Many of these Soldiers had been through tough battles and gruesome hand-to-hand combat, but none of them took the challenge.  I don’t necessarily blame them.  Let me explain why.  Spiritual forces were working behind the scene that kept the Soldiers from stepping forward.  The giant stepped into the Valley of Elah 80 times, taunting Israel, and no one stepped in until David arrived on the scene.  Do you know why?  I believe it was because this was David’s assignment.  This was David’s time.  This was David’s designated moment.  This was his coming-out party.  What God has for you is for you, and no one can take it!  God will even hold situations in place until you get there!  Because you are the one He has graced to deal with it!

David was the youngest of eight boys.  He was somewhat of an outcast in his own home.  He spent most of his time with his father’s sheep.  But after being validated by God in front of his father and brothers a few weeks prior to this, the Lord took it a step further and validated him on the national stage.  The entire national defense force watching was watching.  The Commander-in-Chief himself (King Saul) had a front-row seat to the Valley of Elah.  This was the setting, and it was David’s time.

So what does this mean to you today?  Two things:

1.  There are moments when you step into your calling, and it causes a SHIFT in your life.

— David stepped into the Valley of Elah, and with the national spotlight squarely on him, he stepped into his calling.

— After David was anointed by the prophet in front of his brothers, he simply went back to work as a shepherd and continued his life as usual.  David knew something had happened spiritually, but naturally speaking, everything continued on the same until it was the proper time for God to allow David to experience a SHIFT.

— When David stepped into the Valley of Elah, it was a life-altering movement for him.  After he killed Goliath, his life would never be the same.  As soon as the rock left his sling and Goliath’s face hit the ground, David’s life was changed forever.

— You will experience divine moments, and when you do, if you are sensitive to the Holy Spirit, you will immediately sense the SHIFT in the spirit, and you will know that your life has forever changed.

2.  God’s grace flows in alignment with His timing!

— God reveals things in the spirit well before they manifest in the natural.  Just know that no matter how long it takes, if God revealed it, it is only a matter of time before you see (in your hands) what God revealed (in your heart).  This series is about standing on a  Word from God and believing it will come to pass, no matter how long it takes.  To properly stand in faith, you must know that it will not come before it’s time.  Just hold on, GREATER IS COMING!  Like Habakkuk said, “The vision is for an appointed time… though it may tarry, wait for it; because it will surely come!” (Hab 2:3).

— The Lord already knows what is going to happen.  Your present and future are heaven’s past.  God often reveals a glimpse of our future to us in our present to help motivate us to endure until it comes to pass.  When God reveals it to you, just know that it will not happen before it’s time.  David’s son, Solomon, under the unction of the Holy Spirit, later wrote: “There is a right time for everything, and everything on earth will happen at the right time.” (Ecc 3:1).

— When the fullness of time comes, you will be able to walk into the realm of what has been destined/prepared for you, and you will have the grace to handle it THEN.  You may not have the grace NOW.  You may want it NOW.  You may think you are ready NOW.  But God knows when you have endured the preparation process, and He will not release His grace before the right time.

— If the Lord gives you a blessing before your time, it can actually ruin your life.  The right thing, at the wrong time, becomes the wrong thing.  Goliath taunted Saul and his army twice a day for 40 long days.  Saul and his Soldiers heard the giant taunt them 80 times.  David only heard it once because it was David’s time!  David might have lost to Goliath if he tried to fight him before his time.  But thankfully, when the timing was right and the grace of God was on him, David was able to step into his moment and step into his destiny.  The same will happen for you!

— I pray that you would embrace the grace for this moment.  This is your season.  This is your time!  This is your turn!  You are not alone.  No matter what you are facing, God is with you.  Open your heart to His grace, and you will be able to maximize the moment!

3.  The Lord has been preparing you all your life for this moment.

— Know that today, September 8, 2020, is not a mistake.  All your life the Lord has been preparing you for this day.  Whatever you face today — which may include something you have been facing for days or weeks — is something you are prepared and equipped to face.  In other words, you have the grace for it.  If you could not handle it, you would not be facing it.  The fact that you are facing it is evidence that the Lord trusts you with it.  So walk out into it with confidence, knowing that you have the grace to maximize this moment.

— When you sense a divine moment, you must fully embrace God’s grace to maximize it.  The challenge may be huge.  Like David, everyone may be watching.  The pressure may be high.  But since God is ON you, IN you, WITH you and FOR you, there is no way you can lose.  Trust in God.  Face your giant.  You are a giant-killer!

— My younger kids start school today.  Maybe yours do as well.  Or maybe they started last week or will start next week.  Either way, just know that God’s grace is on you and on them.  If you have to work at home while your kids are going to school at home, know that God is with you at home too!  Don’t be afraid.  It may be new, but you can rest assured that God saw this coming, and He prepared you for it.  Instead of dreading it, make the most of it.  Enjoy it!  You only get one life, and you won’t get another chance at today!  Pause for a moment, pray over your home, pray over children, embrace God’s grace to do what you cannot do without Him, and then start the school year knowing that GREATER IS COMING for you and your household!

Father, I am ready for this day.  My present expectation is based on what You have revealed to me in the past.  I live every day with an expectation of manifestation.  This is why I declare today to be a designated moment for me.  This is my season!  This is my time!  This is my turn!  You knew everything I would face today and You prepared me for it.  I am on this planet for such a time as this!  I will maximize my moment.  I will make the most of this day, and this season, because I have been preparing for it my entire life.  Forward ever, backward never!  GREATER IS COMING FOR ME!  I declare this by faith. In Jesus’ name, Amen!

Greater Is Coming (Pt.21) You Are A World-Changer