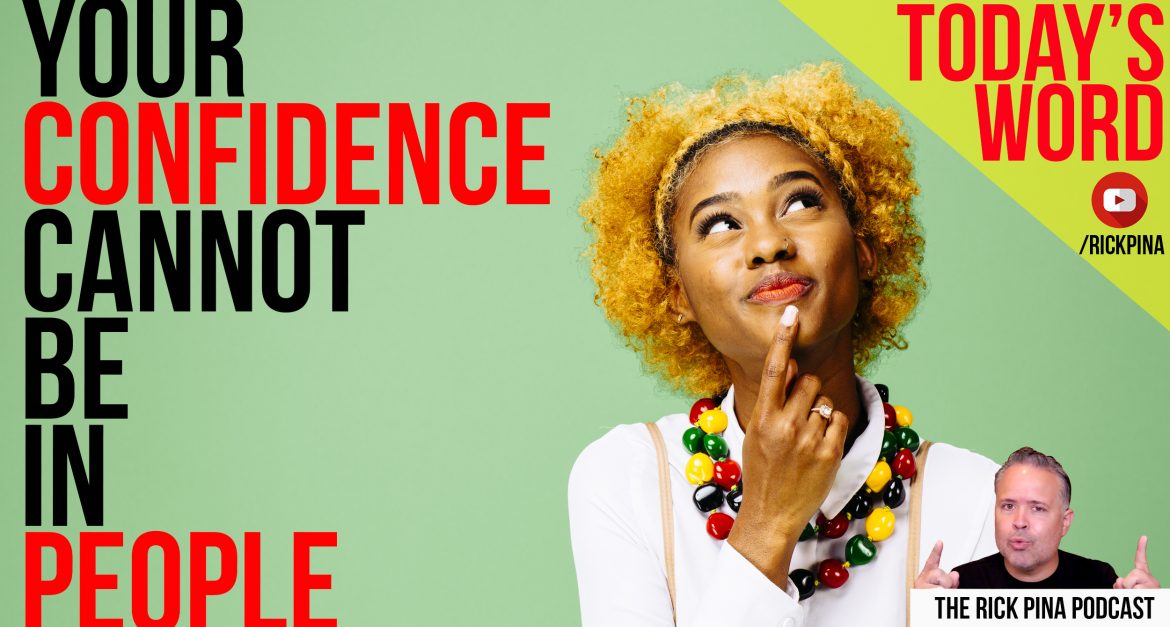 Today I will continue with “Faith and Patience Volume 5 – Greater is Coming!”  For the past few messages, we discussed David’s incredible promotion.  David had just one fight on his resume (killing Goliath), he had never served a day in the military, never led troops, never attended training, and had never even worn a coat of armor, but none of that mattered.  David, the teenager, was promoted to General.  In a moment he was made the Commander of the men of war.  Remember, this series is about believing God for the big promises He has made you and remaining in faith for the long haul.  The reason I take the time to highlight the many things that happen in the space between God’s promise and the performance of the promise is because that is the way life works.  God can call you to something, but that does not mean you will start walking in that call tomorrow, or next week.  It could take months, years, or decades. In the interim you must make the most of every level/stage of the journey, knowing that your today is preparing you for your tomorrow.

David accepted the promotion.  He knew he was called to be King, but in the time being, he accepted the promotion to General.  He went from the lowest position in his home to the highest position in the military in just a matter of weeks.  David went from being a “nobody” who spent his days tending his father’s sheep to a national hero who was invited to live in the palace with the King.  How did this happen?  The answer is simple: it was the grace of God.  God was preparing David for his life’s assignment.  The good news is that God does the same with us.

As the victorious Israelite army was returning home after David had killed Goliath, women from all the towns of Israel came out to meet King Saul and his army.  They sang and danced for joy with tambourines, cymbals, and flutes.  This was their song: “Saul has killed his thousands, but David his tens of thousands!”  David did not ask these women to sing that song.  David did not have pride in his heart.  David was not looking for recognition.  David was not placing himself above Saul.  But none of that mattered to Saul.  The King was furious!  He said, “What is this?  They credit David with tens of thousands and me with only thousands.  Next, they’ll be making him their King!”  Saul had no idea how prophetic his words would prove to be.  Yes, David would be Saul’s successor, but it would happen in God’s timing.  The Bible says: “So from that day Saul kept a jealous eye on David.”

1.  David’s confidence was in God and not man.

— David was not trying to make anything happen. The Lord kept opening doors for him that no man could close.  Once each door was open, David stepped through them BY FAITH!

— We should learn from David.  He was patient.  He was in sync with God’s timing.  See, you can get out ahead of God (and mess things up in the process) by trying too hard to make things happen or by putting your confidence in man and not in God.  David was looking to God, he was not moved by people, and he waited on God’s timing.

— I cannot overstate the importance of the timing component.  Remember, God operates in His timing.  So wait on God and then move by faith when HE opens the door.  If you move before His timing, you will be forcing the door open and as a result, you will either have to place your confidence in man or in self.  Either way, that is a BAD place to be.  Your confidence should be in God!

2.  You must believe that God will finish what He started in your life.

Living by faith is all about keeping your confidence in God, for ALL THINGS!  God is the author and finisher of your faith.  What God started, HE WILL FINISH.  Our focus needs to be on Him.  Our confidence must remain IN HIM!  Paul said it this way when addressing the believers in Philippi:

I pray with great faith for you, because I’m fully convinced that the One who began this glorious work in you will faithfully continue the process of maturing you and will put his finishing touches to it until the unveiling of our Lord Jesus Christ!

— Paul drives home the fact that God started the work in our lives, and HE will finish what He started!

— This is a great reminder for us this morning.  In order to live by faith and operate in divine patience, we must keep our confidence in God and God alone!

— When you truly believe God and you know He is committed to taking care of you, you enter into His rest.  You are not afraid of others, and you are not overly concerned with yourself either.  This way you are free to enter into God REST!  At this point, you rest in the fact that you believe God will do what He said and He will finish what He started!

3.  People will turn on you in a New-York-minute.

— One-minute King Saul was enamored with David.  The King had a national hero on his hands and he was loving it.  But then, in a split-second, because of something David had nothing to do with, Saul turned on him.  When Saul heard the people sing, “Saul has killed his thousands, but David his tens of thousands!”, he was furious.  He turned on David immediately.  The Bible says: “So from that day Saul kept a jealous eye on David.”

— Your confidence must be in God and not in man because men will turn on you!

— Some folk are fickle, phony, or flat-out-fake.  But the good news is that God is faithful!  God will never turn on you.

— People may smile in your face and then stab you in the back.  But God will never do so.

— I learned a long time ago that not everyone who is WITH you is FOR you!  Which is why our confidence and trust must be in God.

— This is not to say that God does not bless us with true friends, but it is to say that true friends are hard to find.  When you find a true friend, cherish the relationship, because loyalty should be appreciated!

— Keep your eyes fixed and focused on Jesus.  People may turn on you, but Jesus NEVER WILL!

— Saul was the King of Israel and we will learn later that he got to the point where he tried to have David killed, multiple times!  But even the King of Israel, the most powerful man in the land, could not kill God’s anointed.

— Saul was a King, but David was being protected by the King of kings.  This is a good reminder that no matter what anyone attempts to do to you, and no matter what their natural position is in the earth, if God is for you, He is more than the entire world against You.

In Luke 6:28, Jesus said, “When someone gives you a hard time, respond with the energies of prayer for that person.”

— When you are convinced that others cannot truly harm you, not only are you not afraid of what they can do to you, but you are also FREE to PRAY FOR THEM with a clean heart.

— You can pray for them in earnest because you know that they cannot touch you.  You are so convinced that their poison cannot derail you from your purpose that you are able to pray for them and pronounce blessings over them, without holding bitterness in your heart towards them.

— God is your divine protection.  If you are convinced that God has given His angels charge over you, you are not moved by the attacks of others.  Not only are you NOT moved, but you have so much PEACE that you can speak blessings over them.  This is how it was with David.  Saul was trying to kill David, over and over, and David refused to do anything to Saul.  David had multiple chances to kill Saul, but he refused to do so because he was not moved by Saul or anyone.  David was only moved by God!  This is how we are supposed to live.

Father, My heart is open to Your best.  I know You have great plans for my life.  I know You placed greatness is IN ME!  I live my life in a tireless pursuit of the manifestation of Your plans and purposes.  As I do, I refuse to get out ahead of You.  I will not attempt to make things happen unless You are leading me.  I will wait patiently and confidently on Your timing.  I will not move until You say, “Go”.  When You open the door, I will walk through it to SAY and DO whatever I am led of Your Spirit to SAY and DO.  As I go, I know Your grace is on me succeed.  My confidence is in You and You alone.  You started Your work in my life, and I know You will finish it before I die because I am submitted to You in all things.  This is why I can boldly declare that GREATER IS COMING FOR ME!  I declare this by faith. In Jesus’ name, Amen!