Greater Is Coming (Pt.25) NO LIMIT To What God Can Do Through You! 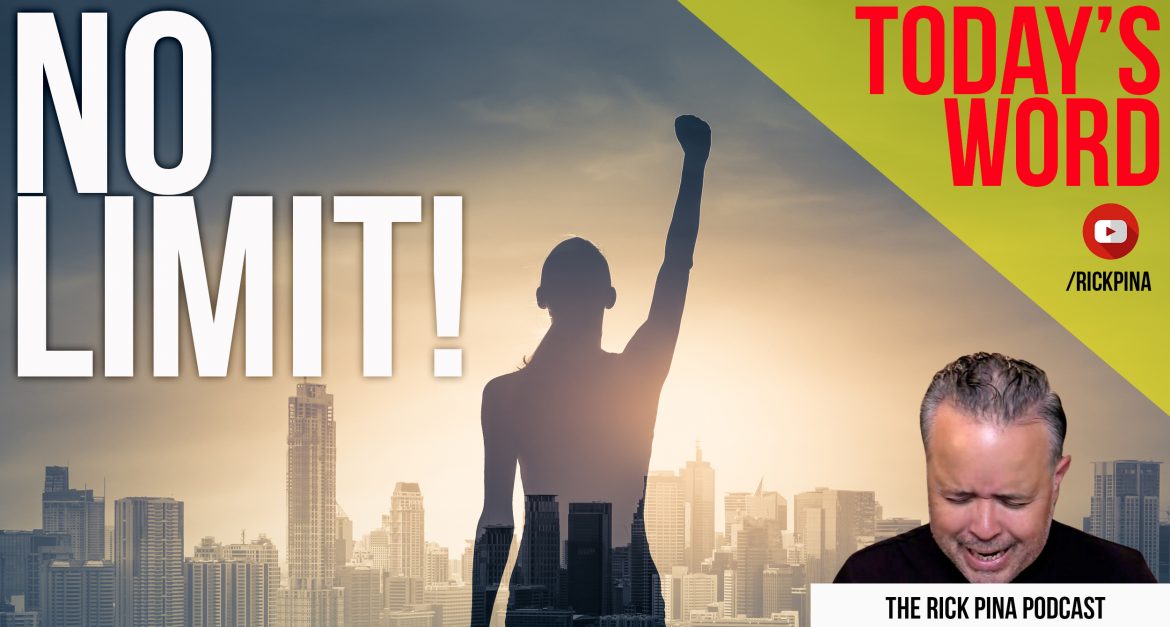 Today I will continue with “Faith and Patience Volume 5 – Greater is Coming!”  We have been studying the life of David.  We are still dealing with David and Goliath.  Let’s continue.

What God did through David was fantastic!  A young boy killed a giant of a man. Not only that, but the young boy had never been in combat, and the giant was a time-tested and battle-proven warrior.  This happened because it was God working through David, who killed Goliath. I put the emphasis on God.  While it was David, and not God, who flung the stone and swung the sword, God’s grace was unquestionably on David to kill the giant.  David’s victory led to a national victory.  The Israeli army was snapped out of their stupor, they attacked the Philistines, and Israel experienced an amazing win that day.  All of this can be attributed to God. While the men were doing the fighting, but God was clearly moving behind the scenes.

You may be thinking, “Wait a minute Rick.  Wasn’t it David who did something great that day?  Shouldn’t we give him the credit?” Yes, it was David.  And yes, it was God. Both were at work. Both were involved.  And this is actually how we are supposed to live.  It was David, and it was God.  It was David under the unction of God. It was God flowing through the body of David.

In the scripture I shared with you yesterday (1 Cor 15:9,10), we can see what I am explaining.  Paul said, “God treated me with undeserved grace! He made me what I am, and his grace wasn’t wasted.”  Paul looked back at all he was able to accomplish in the Body of Christ and acknowledged that he was not worthy of the assignment in the first place.  Further, he admitted that he was not a self-made man.  God made Paul the man he was.  Paul had no problem saying that he was who he was by the grace of God.

Paul continued and said, “I worked much harder than any of the other apostles.”  Wait a minute!  At first, Paul put the emphasis on God, and now it seems like he was putting the emphasis on himself.  Upon further review, we realize that he was not doing that at all.  Paul was just acknowledging the fact that it requires human effort (on our part) to maximize our purpose and potential.  Walking with God and performing His will is not effortless, although with God’s grace it can be sweatless.  There is nothing wrong with Paul acknowledging the fact that he had a part in his success.  Paul was not arrogant or full of pride. This is evident because Paul continued and said, “Although it was really God’s grace at work and not me!”   That last statement captures the dynamic I am teaching on.  It is you and God, God and you… together, making a difference within your sphere of influence.

1.  NO LIMIT LIVING requires human cooperation with the divine.

— God has all power.  There is nothing (literally nothing) God cannot do.

— God has ultimate authority.  All authorities on the earth, and even under the earth, are subject to God’s authority (Rom 13:1).

— Nothing and no one can stop the grace of God when it is in operation in your life.  The only person that can stop the flow of God’s grace is YOU!  For God to fully operate in your life, you must COOPERATE with Him!

— If you ever get to the point where you submit to God’s plans and you allow God to flow through you, like David did, then no one will be able to stop you.  Because at that point, stopping you would mean stopping God, and God cannot be stopped!

— Once again, the only person who can stop God’s grace when it is flowing is YOU!  When you stop cooperating, you stop God from operating, because He honors your free will.  But when you repent and realign yourself with what God has assigned you to do, the grace will flow again and you will experience a life of NO LIMITS!  This is how we experience heaven on earth.

2.  Focus on the miracle of TODAY!

— David grew up as a shepherd and he was called to be king.  The prophet had already anointed him to rule as a monarch.  David could have easily allowed himself to be caught up in wanting God’s promise to be manifested at that moment.  But he did not. David remained focused on the task right in front of him.

— David was anointed to be king, but it was not the right time for him to experience it yet.  So David made the most of every situation God put him in while he was waiting for the larger promise. This is how we are supposed to live.

— When David walked into the Valley of Elah to fight Goliath, it was not the time for him to be looking back, focused on his time as a shepherd.  It was also not the time for him to be looking forward, to the day when he could become king.  If he was going to become a conduit of God’s power in that valley, he needed to be focused on the present moment.  One of the hardest things for people to do today is to be PRESENT.  Many believers in our present day live distracted lives.  They are either looking back at the life they had, or looking forward to the life they want.  Looking back to contemplate and looking forward to meditate are good when it is time to do so.  But when it comes time to focus, you must be focused on THE PRESENT MOMENT!  If you are locked-in on TODAY, God can use you TODAY for His glory!

— Abraham was 75 when he got started and 100 when Isaac was born.  You can make the argument that he was too old.

— David was just a teenager when the fate of millions of people rested upon his shoulders.  You can make the argument that he was too young.

— No matter what argument you make, age is not really a factor for God.  God is God. He can use anyone.

— If you are still breathing, God can still use you.  You are not too old.

— If you can hear the voice of the Holy Spirit, God can use you.  You are not too young.

— Don’t despise your youth (if you are young) and don’t devalue your years and experience (if you are old).  If you are still on this planet, it is because God has purpose locked up inside of you and He is trying to get it out.  The question is: will you let Him?

— The greatest ability is availability.  God does not need your power, He has more than enough.  He is just looking for you to submit to His plans and purposes.

— David saved Israel from a national loss and later led that same nation to regional dominance.

— Paul (a man who should have never been qualified to preach), went on four missionary journeys, changing the climate of Asia minor and extending the cause of Christ.  Paul later wrote half the New Testament, and 2,000 yeras later, we are still being blessed by his writings.

— Moses (a man who committed murder and wound up exiled), came back after 40 years in the desert to lead millions of people out of bondage.  God used him to re-establish Israel as a nation under God.

— What is your story going to be?  When people read the story of your life, God wants to be the central character.  He wants to be the star on every page.  He will if you allow Him to be. If you let God flow through you, your story will be great.  You’re not too old, too young, too tainted, or too damaged for God to use you to make a tremendous impact in this world.  If you are still alive, God still wants to use you.  Please let Him. Cooperate with Him, so He can freely operate in and through your life!

Father, I realize You have been attempting to work through me my entire life.  I have not always cooperated with You.  Partly because I did not see myself as worthy.  And partly because I could not open my heart wide enough to receive ALL You want to do through me.  But those days are over!  I am the righteousness of God in Christ.  I believe what You believe about me!  I am who I am by Your immeasurable grace.  I enter this day confident that You will use me for Your glory!  I shall make an impact within my sphere of influence because I am not the one doing it.  It is You, Father, living in me.  You give me the words and You perform the work.  Together, we will change the world and in the process, I get to experience heaven on earth!  GREATER IS COMING FOR ME!  I declare this by faith. In Jesus’ name, Amen!

Greater Is Coming (Pt.26) Can You Handle Success?