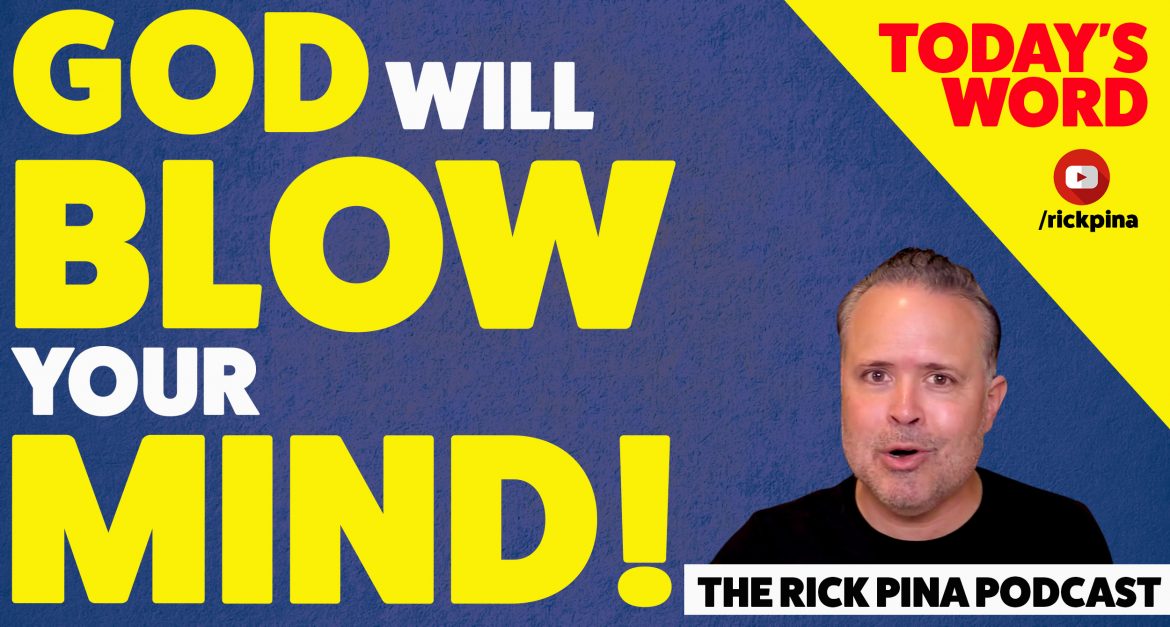 Today I will continue with “Faith and Patience Volume 5 – Greater is Coming!”  We have been following David’s life story for almost 14 weeks now.  Some of you may be thinking, “How long is this going to take?  Wasn’t he anointed by the prophet of God to be the king of the entire nation of Israel?”  To which I would say, “Yes, he was anointed to be King of Israel, but no one knows how long the space between the promise and the performance is.”  This is part of the mystery of walking with God.  Living by faith is exciting because you don’t always know what is going to happen, how it is going to happen, or when it is going to happen, but when you know WHO your faith is in, you can have peace and great expectations.

In David’s case, he knew the “what.”  The Lord told him in no unclear terms that he would be King of Israel, so come hell-or-high water, he was going to be the King of Israel.  God cannot lie.  He will not go back on His word.  But as is often the case with us, the Lord never told him how or when it would happen.  This meant that David needed to wait, and he needed to do so in faith, never giving up on the fact that Israel’s throne was destined for him.  As it relates to living by faith, Paul said, “Let us not become weary in doing good, for at the proper time we will reap a harvest if we do not give up” (Gal 6:9).  The King James Version calls it a “due season.”  I like to say that there is a season when your harvest is due.  Your job is to NOT GIVE UP before your season.

David didn’t give up.  After Ishbosheth’s death, the leaders of the tribes of Israel met with David in Hebron.  They said to David, “We are your own flesh and blood.  In the past, when Saul was our king, you were the one who really led the forces of Israel.  And the LORD told you, ‘You will be the shepherd of my people Israel. You will be Israel’s leader.’”  After acknowledging the fact that the throne was ordained for David by God, the elders anointed him King of Israel.  David was 30 years old when he took the throne over Judah, he ruled Judah from Hebron for 7.5 years, and he ruled Israel from Jerusalem for 33 years.  Most scholars believe David was around 17 years old when the prophet Samuel anointed him to be king.  So it took David 13 years to take the first throne and another seven years for the full manifestation of the promise.  David waited 20 years for a Word from God to manifest.  And it was not an easy 20 years.  David endured many trials and heartaches during those 20 years, but God gave him the grace to wait, and he blessed David when the season of his harvest was due.

So what does this mean for you today?  I have already shared a great deal, but I will share a few more nuggets:

1.  There is a proper time when your harvest is due.

— Unless the Lord tells you when His promise will manifest, you won’t know how long the space between the promise and the performance is.  But rest assured, there will come a time when your harvest is due.

— You have a “due season.”  God’s promise has a “due-date” connected to it.  Your job is to continue to run your race, with your grace, while you are waiting for the season to come due.

— You may not know when it is going to happen, but if your faith is in the WHO — meaning that your faith is in God, and not in man or even in yourself — then you will keep your faith switch in the “ON” position while you wait.

— I trust this series has helped you to maintain your faith and develop Godly patience along the way.  If you are determined to live by faith and add patience to your faith, you will experience victory after victory.  Not because you did not face challenges.  But simply because you refused to give up, cave in, or quit when you did!

2.  You will reap your harvest if you do not give up.

— I am convinced that far too many believers quit before their season of harvest comes “due.”  Now, in most cases, they still reap the harvest, but they wind up reaping it much later because unbelief and a lack of faith do cause a delay.  You may not be denied, but you will surely be delayed if you relax the grip on your faith.

— There is a reason why I keep telling you to never give up, cave in or quit.  I know that sooner or later, your season of harvest will come
“Due,” and if your faith switch is in the “ON” position when it is, you will lay hold of what God promised.  You will walk in the blessing and enjoy what you have been waiting on.  But if your season of harvest comes “due” and you are no longer in faith, then God has to work with you to stir up your faith again.  At that point, you may think you are still waiting on God to perform, but in actuality, God is waiting on you to believe again!  I don’t want you to find yourself in this situation.  Which is why I keep telling you to believe and to KEEP ON BELIEVING!

— One of the best ways to KEEP ON BELIEVING is to place your confidence in God.  You won’t always feel like living by faith.  You won’t always want to give God praise.  There will be days that you don’t even want to think about what you are waiting for.  But if you keep your confidence in God and NOT in your ability/power/strength, you will be able to believe for the long haul because you know God will never let you down.    Paul explained what I just said this way, “Despite everything I am suffering and enduring as a result of pursuing God’s purpose for my life, I am not tired or ashamed.  For I know in WHOM, I have believed and I convinced that He will bring to pass those things that I have entrusted into His hands. (1 Tim 2:11,12 Rick Pina Version).  David did not meet Paul until Paul made it to heaven, but when the two met, I am sure they had a lot in common.

— Please don’t give up.  GREATER IS COMING!

3.  God will make it worth your wait.

— You may have an idea of the “what” while you are waiting for it, but when it finally comes, God’s “what” is often way better than the “what” you imagined.

— God has a way of ‘blessing your socks off!’  So keep believing and never give up.  When you finally get it, it will more-than-likely be much better than you ever imagined.

Think of it this way.  A young woman is expecting her first child, she has an idea of what to expect.  She believes she knows what being a mother is going to be like.  She even has ideas about the pain she will have to endure in labor.  Throughout the pregnancy, let’s say she had to endure much more than she imagined.  She had complications.  She could not sleep.  She could barely eat.  She was on bed-rest for the last seven weeks of the pregnancy.  The doctors kept telling her that she was at risk of losing the baby.  The family was praying.  She and her husband continued to believe God.  She endured the pain of the complications and the eventual childbirth.  But once the baby came, several things happened:

— The suffering she endured is not worthy of being compared with the joy she experienced!

— Once she held the baby in her arms, all the pain she endured for months washed away.

— As months went on and she experienced the joy of being a mother, she realized that it is FAR GREATER than anything she imagined.

This is how it is with us.  Once David became King of Israel, the previous 20 years did not matter.  He was walking in his purpose, he did so for the rest of his life, and it was much greater than anything he ever imagined it would be.

We serve a God who will make it worth your wait.  When it finally happens, it will be far greater than you ever imagined.  Which is why I keep saying, “GREATER IS COMING FOR YOU!”

Father, I thank You for the many precious promises You have given me through Your Word, through others, and directly to me through the Holy Spirit in prayer.  I stand on every Word I have received from You.  I know You are not a man that You should lie.  You are not the son of man that you should change your mind.  You have said it, and You will perform it.  You have spoken it, and You shall make it good.  However, I know Your promises will not manifest overnight.  There is often a space between the promise and the performance.  I won’t know how long that space is unless You tell me.  But no matter how long it is, I am determined to wait, in faith, without wavering, until I see in my hands what You have spoken to me in my heart.  In Your realm (heaven) it is already done.  In my realm (earth) it has yet to come to pass.  But I receive it in my heart, I call it done by faith, and I will not allow what I see to change what I say.  There is a season when my harvest is due, and I shall wait in faith for my due season.  And Father, I know what type of God You are.  You take pleasure in blessing me beyond measure.  I have an idea of what it will look like when it comes, but You are able to do immeasurably more than anything I can think or imagine.  When my manifestation comes, I believe it will be much better than I expected, and You will take pleasure in blessing Your child.  I know GREATER IS COMING FOR ME!  I declare this by faith.  In Jesus’ name, Amen!

Greater Is Coming (Pt.69) Be Willing To Fight For It!