Greater Is Coming (Pt.32) Never Stop Being YOURSELF! 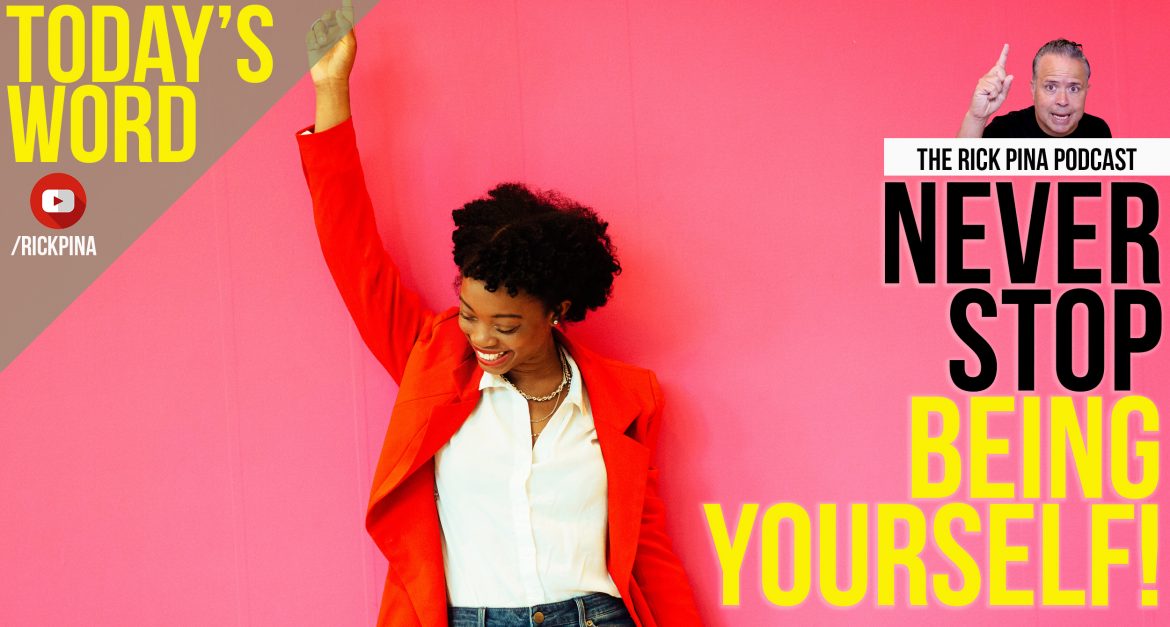 Saul was then afraid of David, for the LORD was with David and had turned away from Saul.

Today I will continue with “Faith and Patience Volume 5 – Greater is Coming!”  Yesterday we saw how trouble followed David’s triumph.  King Saul, a man who once loved David for harp playing and who greatly appreciated David killing Goliath, quickly turned on him and attempted to kill him.  In the middle of a rage of anger, while being tormented by an evil spirit, Saul hurled a spear at David.  He did this TWICE!  He tried to pin David to the wall.  But he missed both times.

So where did this leave David and Saul’s relationship?  David was the hero, Saul was the King.  David was the new kid on the block, Saul was the seasoned veteran and sovereign leader.  Saul should not have been intimidated by David whatsoever, but he was.  Our text says, “Saul was then afraid of David, for the LORD was with David and had turned away from Saul.”

No matter how popular David was, Saul was the King.  I think it is hard for us (Americans) to truly understand the King-dynamic.  There is a huge difference between the Presidents and Prime Ministers of today, and the Kings of yesteryear.  Saul was a sovereign lord.  He had no checks or balances.  His word was the supreme authority.  With a single word, Saul could bequeath land, forgive debt, overturn a legal sentence, or pronounce a death sentence.  No one questioned the King.  No newspaper articles could question his methods.  No bloggers could dissect his decisions.  No news anchormen/women could criticize his ways.  Saul was like a ‘little g’ god to the people.  And this man — a man who seemingly had it all — was intimidated and afraid of a young boy who had the grace of God upon his life.

1.  Some people will be intimidated by the grace of God on your life.

— David experienced this and I have as well.  Sometimes you will run across people who feel intimidated by what God is doing in you and through you.  There is not much you can do about it, other than pray for them.  The issue is not with you, it is with them.  They don’t know who they are, and their lack of purpose/vision is causing them to be insecure.

— When you know who you are and you embrace the grace to walk in your calling, there will be people who don’t like who don’t even know you.  They will hear about you and build up resentment towards you, because they are working hard, with human effort, to attain things that seemingly come easy to you.  They don’t understand the fact that you are walking in God’s grace.

— Saul was the King, but David had the GRACE to be King.  Big difference!  So while Saul was TRYING, David was just LIVING, and Saul hated him for it!  Unfortunately, if you fully embrace the grace of God, you will experience this from insecure people.

— Never allow the insecurities of others to cause you to change.  Just continue to run your race, with the benefit of God’s grace, and make sure you operate in love and humility.

— If you keep operating in love, and you remain humble (not prideful), you will continue to enjoy the abounding benefits of God’s grace.  And while others may not like it, they won’t be able to do anything about it.  Their poison can never stop your purpose.  They may not like you, just because you are comfortable being YOU!  But don’t worry about it.  Since God is FOR you, He is more than the entire world against you!

2.  People of authority, who are over you, may despise God’s favor on your life.

— Being intimidated is one thing, but Saul got to the point where he hated David.  The truth is David never did anything wrong to Saul.  All he did was go out of his way to bless Saul.  Saul did not hate David because David was doing something wrong.  Saul hated David because of his own insecurities.  The issue was with Saul, not David.  My point is that sometimes people develop bitterness and resentment toward you, simply because God favors the work of your hands.  God’s favor can cause you to experience uncommon, unusual, atypical success.  This drives others crazy because they are working hard to achieve what you experience by sweatless victory!

— David was only 17 years old, but since the grace of God was on his life, he was a national hero and people were chanting his name.  This can happen today in boardrooms, conference rooms, meetings, video calls, business transactions, and etc.  When God favors you, some people will love you for it.  Others won’t.  Sometimes those who resent you for it are people in authority.  But don’t worry.  Remember, God is the ultimate authority.  They might think they have power, but they can’t curse what God has already blessed!

3.  Never allow the insecurities of others to cause you to change who God made you to be.

— David knew Saul had a problem with him, but he did not change.  Sometimes you might feel the urge to ‘tone down’ who you are, because others don’t like you or you might feel the urge to ‘tone up’ who you are because of pride, because of all the attention you are getting.  Here’s the point: if you are operating in God’s grace and you are being blessed, there will be some people who have a problem with you, even though you have done nothing wrong to them.  Just don’t allow their discomfort to cause you to get outside of God’s will.  Continue to run your race, with God’s grace, without getting too low, or too high.

— This series is about faith and patience.  The Greek word for patience means: “The force of consistency.”  The key to Godly success is being consistent.  Be the same person, day-in, and day-out.  Never allow others (with their praise or their poison) to change you!  No matter what, you remain the same!  This is how you endure for the long haul.  This is how you hold on long enough to become the man/woman God called you to be.  This is how you receive the fulfillment of every promise God made you before you die.  You are in-it to win-it.  You are not moved by people, you are only moved by God!  You are who God says you are.  You can and will do what God has called you to do.  Some may love you for it.  Others may hate you.  But since you are not moved by them, you will continue to be YOU!  This is #TheGraceLife.

Father, I know who You made me to be and what You called me to do.  I have the grace to run my own race and I declare that I will.  Along the way, there may be people who develop their own insecurities, because of what You are doing in my life.  Or there may be some who because of those insecurities, develop bitterness and hatred toward me, to the point where they actually attack me.  I declare, by faith, that I shall keep my eyes on You.  I will not allow the internal struggles of others to change who I am.  I know their attacks will be unfruitful and I shall pray for them as I continue to run my race, at my pace, with Your grace.  I will never allow the attention I get to ever cause me to cross over into pride.  I will also not allow the pressure from others to cause me to operate any less than who You have called me to be.  I am who I am by Your grace and I won’t allow anyone to change that.  GREATER IS COMING FOR ME!  I declare this by faith. In Jesus’ name, Amen!

Greater Is Coming (Pt.33) Our God Is Unstoppable!