Greater Is Coming (Pt.22) Having a Positive Attitude! 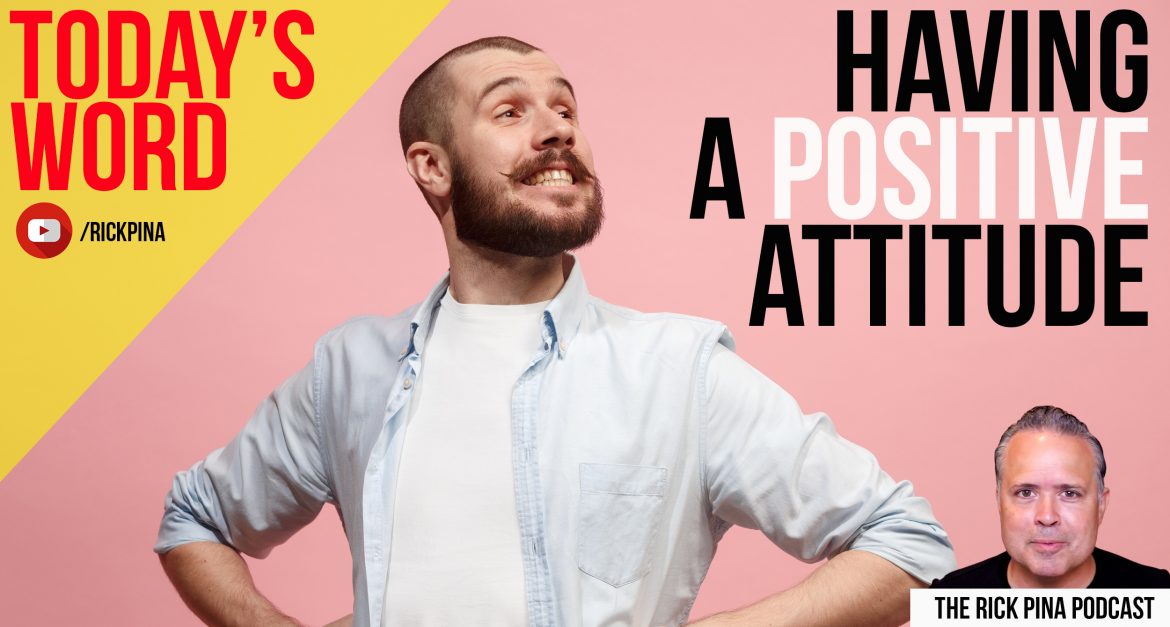 Today I will continue with “Faith and Patience Volume 5 – Greater is Coming!”  We have been studying the life of David and we are going passage by passage through this story.  Today I am not going to focus on any specific Biblical passage or part of David’s life.  I am led to discuss his overall attitude.  This came up because I was thinking about David within the context of a message my Pastor, Tony Brazelton, recently preached.  He shared four practical ways we can express our obedience to God:

1.  Align ourselves with God’s purpose

I could connect all four of these to David’s life, but I will mainly focus on the last one.  As a believer, while you are waiting on God to do what He said He would do in your life, if you don’t maintain a positive attitude, the results can be destructive.  Some believers get frustrated, disillusioned, and if they are not careful, even depressed.

I think David had an amazingly positive attitude.  He was the youngest of eight boys.  He spent most of his time in the fields, tending his father’s sheep.  God would speak to him while he was out there, all alone.  God used him to kill a lion and a bear with his bare hands.  No person got to see it when he did it.  He received no notoriety.  But God saw it.  God saw his faithfulness.  God sent His prophet to anoint David to be the next King of Israel.  David’s brothers stood there as the prophet attempted to give them the blessing reserved for David, only to watch as God say, “NO” to each of them.  They then had to watch as David was called in from the fields and anointed right in front of them.  David was already not that liked, but this built up even more resentment towards him.

When the prophet left, nothing supernatural happened, so everyone went back to their everyday lives.  David was anointed to be King, but he had to go right back out to the fields.  Later he was summoned by the King to be his personal musician.  After that, he was promoted to be the king’s armor-bearer.  All of this was great, but it was not what God promised.  In his heart, David knew that he was called to be Saul’s replacement, but he had to keep a positive attitude while he was serving the man who occupied the throne he was destined to receive.  David did not know it, but he would have to wait 13 years to become King.

When the Philistine Army approached Israel, the nation went into wartime mode.  David was sent home.  His two older brothers, who were in the Army, were sent to battle.  For 40 days, the armies faced each other, but nobody did anything because the Israelites were afraid of Goliath.  Jesse asked David to take food to his brothers on the frontlines.  While David was running the errand, he heard Goliath.  Everyone else saw Goliath as a problem.  David saw Goliath as an opportunity for God to be glorified.  When David inquired about the giant, his brother got upset and told him to go home.  David’s brothers saw him as a problem, but King Saul saw David as the answer.  This happened because David never got upset about the fact that he was not king yet.  He maintained a positive attitude while he was waiting on God.  He knew he was called, but he was content with whatever process he had to go through to become the man he was called to be.  We can learn a great deal from David.

1.  A positive attitude will help you make the most of every level and stage of your life.

— Knowing you are called by God to do something is only part of the story.  God may have revealed His purpose to you, but that does not mean you are ready.  You must be processed to be able to carry the weight of the anointing associated with it.  This processing may take years.  In some cases, it takes decades.  This is why I am teaching on faith and patience.  We require faith to believe what God revealed.  And we must then develop the patience needed to endure the processing.

— David was anointed to be King, but he did not allow the fact that he was not King YET to keep him from making the most of every level and stage he was required to endure on the road to his destiny.

— When God calls you to do something big, it is easy to get so caught up in waiting for the BIG THING that is ahead of you that you fail to make the most of the situations right in front of you.  Don’t make that mistake.

— God is so big of a God, and your assignment is so big of an assignment, that God has to process you for your purpose.  David was called to be the King of Israel.  But the day he faced a giant, in the Valley of Elah, his purpose was not to be a King, but a giant-killer.  If David was so caught in being King that he failed to do what he was called to do THAT DAY, he might have derailed himself from his destiny.  You have to keep the BIG DREAM before your eyes while handling whatever is before your face for the moment.  If you do can this successfully, while maintaining a positive attitude, you will eventually become the man/woman you are called to be!

2.  A positive attitude will help you become the answer to the world’s problems.

— David’s brothers did not want him around when it was time for someone to fight Goliath.  Never allow someone else’s attitude to dictate yours.  David ignored his brothers, and he inquired about the giant anyway.  Guess what happened?  While David’s brothers saw him as a problem, Saul saw David as the answer.  David solved “the giant problem” and it helped propel him into his destiny.  This would not have happened if David did not have a positive attitude.

— When you live life with a positive attitude, when others see problems you will see opportunities.  And if you can see it, you can have it.  God will use you to be the answer to this world’s problems, because your heart is OPEN to see what the Holy Spirit reveals.

— Enter into this day saying, “I am the answer to the problems of this present age!  God’s grace is on me to change the world!”

Father, I expect to be ALL You destined me to be.  However, I know I will not arrive at Your overall expected end for my life today!  So I keep the BIG PICTURE before my eyes, and I keep what I have to do today before my face.  I will never lose heart, give up, cave in or quit, as it relates to the BIG PROMISE.  But for today, I will make the most of what is in front of me.  I keep a positive attitude, I seek to glorify Your name, and where others may see a problem, You MAKE ME the answer!  This is why GREATER IS COMING FOR ME!  I declare this by faith. In Jesus’ name, Amen!

Greater Is Coming (Pt.21) You Are A World-Changer