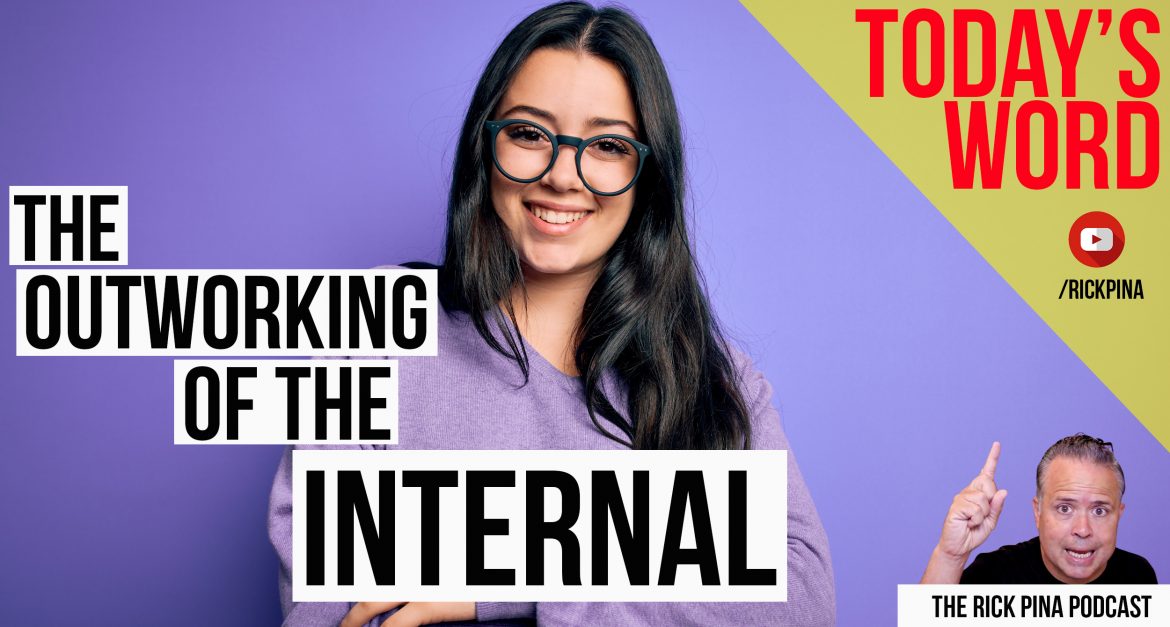 God was leading David.  Therefore God’s grace was on him for the victory.  David had already seen, by faith, what was going to happen.  Our present is heaven’s past.  Heaven gave David a glimpse of his future.  David saw himself killing Goliath and then cutting his head off with his own sword.  David had remarkable faith.  He had the faith to believe what God revealed and then the audacity to SAY IT, out loud, before he did it.  David received an image of the victory, and he had the faith to take God public.  Anyone can say what they saw (by faith, in prayer) after the fact, but it takes faith to say what you believe the Lord wants to do through your life, before you do it, so that God gets even more glory out of the situation.

As Goliath moved closer to attack, David, unafraid, quickly ran out to meet him.  Reaching into his shepherd’s bag, David took out a stone and launched it from his sling.  The rock hit the giant on the forehead and it sank in.  Goliath stumbled and fell face-down to the ground.  Just like that, the man who had been menacing king Saul and his entire army for over a month was killed within a few seconds by a teenager with the grace of God on his life.  The Bible says, “So David triumphed over the Philistine with only a sling and a stone, for he had no sword.”  But wait, what David saw and what he said had not come to pass yet.  So David then ran over to Goliath, pulled the giant’s sword from its sheath, and used it to kill him and cut his head off.  It happened, just like God revealed and David said!

1.  Our present and future are God’s past.

— God has already been to your future.  He has already seen it.  It has already played out before Him.  This makes your future God’s past.   So when He looks at your life today, He is looking for what He saw/planned (Ecc 3:15).

— God can show you your future because from heaven’s perspective, it’s already done.  This is where faith comes in.  Faith is your ability to see, believe, declare, and act based on God’s revelation.

— God revealed to David what was going to happen before it happened.  David saw it in the spirit, as if the picture was painted upon the canvas of his heart.  David then, by faith, had to believe it.  He did.  David then had the audacity to say what he saw, out loud, before it happened.  And then, ultimately, David had the faith to attempt, in the earth, in front of an entire army, what he saw in his heart, revealed from heaven.  This is a great example of the life of faith, and it is how we are supposed to live.

— Right now, the world is still dealing with a pandemic.  While this disease caught the world off-guard, it did not catch God off guard.  God knew it was coming.  He had already seen it.  Further, He has already seen us on the other side of COVID-19.  For those of us who are living by faith, we are not moved by what God is going on, because God is not moved, and our confidence is in Him.

— God is able to give us glimpses of what our future holds and those glimpses give us peace.  We then live our lives by faith in pursuit of what God revealed, unfazed, and even unbothered by the changes that happen along the way, because we know that our present and future is God’s past.  We don’t live by what we see only.  We live by what God reveals, and what He reveals to us in the Spirit is more real to use than what we see with our natural eyes (2 Cor 4:18).

— When the Lord shows you your future, don’t be afraid to tell others about it BEFORE it happens.  If you wait until God does it to say it, God will be glorified.  But He will get even more glory if you have the audacity to say it before it happens and then watch as others are amazed when God brings it to pass.

— When you have the audacity to take God public BEFORE it happens, it lets God know that you are truly confident that He will do what He said.  You are so confident that you are willing to look foolish if it does not happen.  That’s the type of confidence God is looking for.  This is the type of confidence David had.  He said he was going to cut the giant’s head off before he did it.  He said this in front of his entire nation.  He said this at the risk of looking foolish.  This is true faith!

— To truly live by faith, there must be an outworking on the internal.  God reveals things to you on the inside (in your heart), and you must then operate in faith to attempt to bring those things to pass on the outside (in the earth).  Part of the outworking of the internal is SAYING IT, and the other part is attempting to DO IT, at the risk of looking foolish.  Considering this, ask yourself these two questions

a)  Am I really living by faith?

b)  Am I saying (out loud) and then attempting to do (in the earth) what God reveals to me from heaven?

3.  God is looking for you to attempt what He reveals in your heart – this the outworking of the internal!

— There is nothing too hard for God.  There are many things too hard for us.  God loves to perform things in, with, and through us that are clearly too big for us, so that He can get the glory.

— When you are faced with something that is too big for you, instead of getting intimidated, get excited about God and what He can do through your life.

— Ask God to show you what HE wants to do in the situation and then embrace the grace to do it.  It will require faith.  You may be scared out-of-your-mind at first.  It is very uncomfortable saying something OUT LOUD or attempting to DO something that is beyond you.  But if your relationship with God boils down to going to church, singing songs, and enjoying potluck fellowships, you are not living by faith.

*** If you have been walking with God for years, but you have never attempted anything that you cannot do without God, you have made Jesus irrelevant in your life.

Father, I expect to receive ALL You reveal.  What is future to me is past to You.  You reveal to me what is going to happen before it happens, and when You do, I have the faith to receive it, believe it, and declare it, OUT LOUD, BEFORE I attempt it.  I dare to TAKE YOU PUBLIC!  I head into this day and every day ready to walk and live by faith, with my full confidence in You.  I will say whatever You tell me to say.  I will do whatever You lead me to do.  I am fully relying on Your grace to flow through me, so You can be glorified, Your name can be magnified, and the devil can be horrified through my life and living!  I enter into this weekend, declaring that GREATER IS COMING FOR ME!  I declare this by faith. In Jesus’ name, Amen!

Greater Is Coming (Pt.20) This is YOUR Moment!