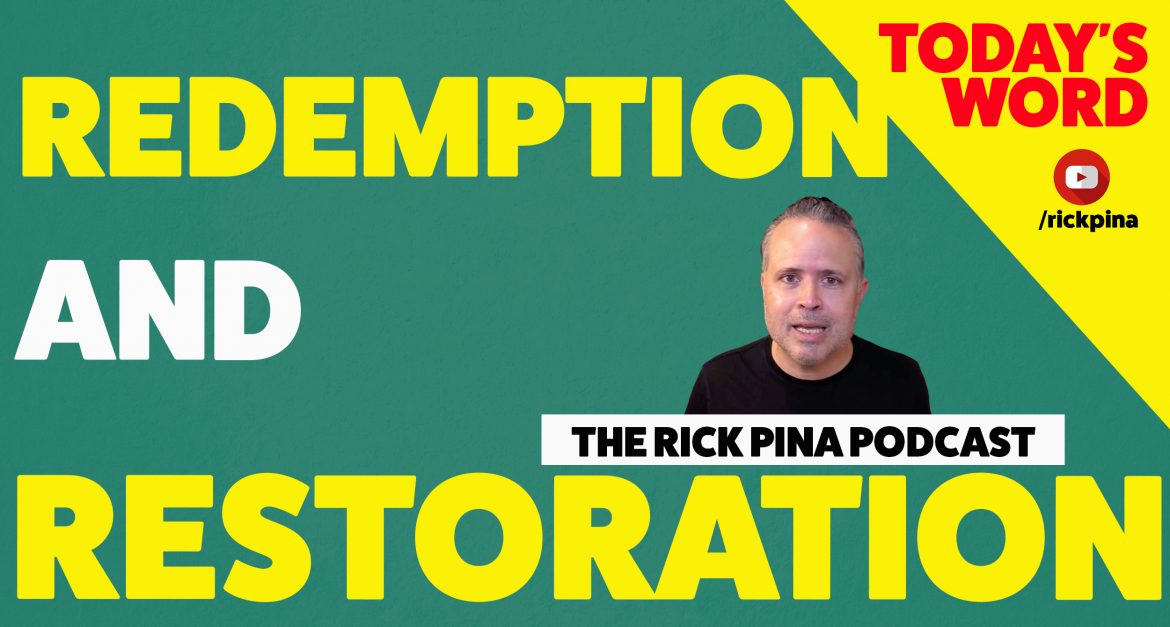 Today I will continue with “Faith and Patience Volume 5 – Greater is Coming!”  We have been studying the life of David for almost four months now.  I would love to keep going, but I will close out the study soon, as we close out the year.  As we transition to a close, I am excited to address one of my favorite stories in the Bible.  It is a story of redemption and grace.

After everything David had been through in his life before becoming a king, after all the years of reigning as the King of Judah and later the King of Israel, and after all the fighting he led ot expand his kingdom, David woke up one morning with Jonathan on his heart.  Remember, it was Jonathan who was there for David when his family could not help him.  It was Jonathan who put his life on the line for David, time and time again, choosing David over his father, Saul.  It was Jonathan who entered into a covenant with David when no one else would.  David woke up with Jonathan on his mind, and he asked his servants, “Is there anyone left of Saul’s family?  If so, I’d like to show him some kindness in honor of Jonathan.”

One of David’s older servants was there and told David that Jonathan had a living son, but she told the king that the son was lame.  It was a sad story.  When the word came to the palace that King Saul was dead, everyone scattered.  Jonathan’s son, Mephibosheth, was under the care of his nanny.  She grabbed the 5yr. old boy and hurried to get out of the palace.  In her haste, she dropped the little prince, and he was maimed in both his feet.  I have a 7yr. old son right now, and I could not imagine him not being able to run, play, or jump.  What happened to this boy was terrible.

Mephibosheth’s life changed drastically in one day, and it seemingly changed forever.  He was carried to the land of Gilead, where he grew up and established a life in the city of Lo-debar.  Interestingly enough, Lo-debar means “a place of no pasture,” “a barren place.”  A little boy who was born with a silver spoon in his mouth, as an heir to the throne, and with a bright future, was dropped by life, and he wound up living in Lo-debar, a barren place with no future.  This is the way life is sometimes.  2020 has been like this for many.  Countless people have been “dropped” by the events of life, and they wind up somewhere they never imagined.  They wake up thinking, “This isn’t the life I envisioned.  This isn’t the life I wanted.”

David wasted no time.  He commanded his servants to get Mephibosheth.  When Mephibosheth, who was once comfortable around royalty, came before King David, he bowed deeply, abasing himself, honoring David.  David said, “Mephibosheth.” “Yes sir,” he replied.  “Don’t be frightened,” said David.  “I’d like to do something special for you in memory of your father, Jonathan.  To begin with, I’m returning to you all the properties of your grandfather Saul.  Furthermore, from now on you’ll take all your meals at my table.”  But Mephibosheth had low self-esteem.  He could not see himself receiving what David was offering.  It was too much for him to fathom.  Mephibosheth responded with one of the saddest lines in the Bible.  The former prince said, “Why should you care about me?  I’m worth no more than a dead dog.”  We will stop here for today, but don’t worry; we will cover the story of Mephibosheth for the next few days.

1.  The purpose of God’s blessing is so you can BE a blessing to others.

— While David was King of Israel, he was unquestionably blessed.  He had endured long enough to SEE what God SAID.  The favor of God was on his life.  He was the King of a unified nation.  He was expanding his kingdom by God’s grace and power… God was with him as he conquered nation after nation.  When he realized how blessed he was, instead of just thinking about himself, he thought about others.  He looked for ways TO BE a blessing.  This is the way we are supposed to be.

— God is not selfish.  He is always looking for ways to BE a blessing to us.  And when we operate with the heart of God, we live with the same mindset.

— The purpose of divine prosperity is evangelism.  God blessed you richly—taking you from NOT ENOUGH, to JUST ENOUGH, to the point where you have TOO MUCH—so you can minister to others out of your overflow.

— Our God is a God of excess.  The purpose of the excess is so you can use your overflow—of love, peace, influence, favor, and finances—to minister to others.

— In this series, we have learned how to WAIT and ENDURE long enough to RECEIVE what God has promised.  But when you do, and you start walking in the blessing, just make sure you look for ways TO BE a blessing to others.  The more you give, the more God will give to you.

— Things may not always work out the way you wanted them to, or the way you imagined they would, but if you are still alive, then there is still hope!  If you still have a PULSE, God still has a PLAN!

— Don’t accept your state as your fate.  No matter how bad things look, since you are still alive, God is not through with you.  Keep your heart open to believing God!

— Don’t judge your future by your past.  David turned Mephibosheth’s life around in one day.  That’s how it is with God.  God can make ONE MOVE on the chessboard of your life and change your life forever.

— Don’t allow bad situations to force you to change your opinion of yourself.

— As a young prince, Mephibosheth surely saw himself with a bright future, but after a series of unfortunate events, he saw himself as an unworthy “dead dog.”

— Never allow a negative situation to shape your self-image.  See yourself the way God sees you.  One of the key messages I pray you have learned in this series is to BELIEVE WHAT GOD BELIEVES ABOUT YOU!

— You are bigger than what happened to you!  Mephibosheth lost his father, his grandfather, his royalty, and his ability to walk, ALL IN ONE DAY, but God still had a plan for him.  For him to RECEIVE God’s plan, he had to RELEASE the negative self-image he developed along the way.

— You won’t be able to move forward if you keep looking back at what happened to you!

4.  Your turnaround can come at any moment, especially when it comes by grace.

— Mephibosheth did nothing to earn David’s favor, nothing to warrant a position in the palace and nothing to deserve his grandfather’s land, but he got it all by grace.  And this is how God often deals with us.

— Even when we are down like Mephibosheth was, and we are not in a position to make a great stand of faith, God sometimes blesses us richly by His amazing and immeasurable grace.  Not because we earned it, not because we deserve it, and not because we released our faith.  Sometimes God blesses us simply because He wants to!  So get your hopes up.  God can shower you with His grace at any moment.  Your turnaround can come at any time!  GREATER IS COMING FOR YOU!

Father, I look around at my life (where I am today and what I have been through), and I can acknowledge that everything may not have worked out the way I expected.  But in the end, I am still here, You are still my God, I am still alive, and I still have hope.  You are always with me.  You will never turn You back on me.  Since I am never helpless, I am never hopeless.  Therefore, I am committed to seeing myself the way You see me.  I am a King’s kid, a royal priesthood, a holy nation, a chosen person, and I am blessed.  I align my opinion of me with Your opinion of me.  My positive self-image helps me to keep going, even when the pressures of life tell me to quit.  I have experienced Your grace and more occasions than I can remember, and I am ready to receive it today.  Mephibosheth was redeemed and restored by grace by his rightful position in David’s kingdom.  I was redeemed and restored by grace to my rightful position in Yours, because of Jesus!  Now I am ready for what’s next.  I know GREATER IS COMING FOR ME!  I declare this by faith.  In Jesus’ name.  Amen.

Greater Is Coming (Pt.78) Life After The Blessing