The Other Side of Grace 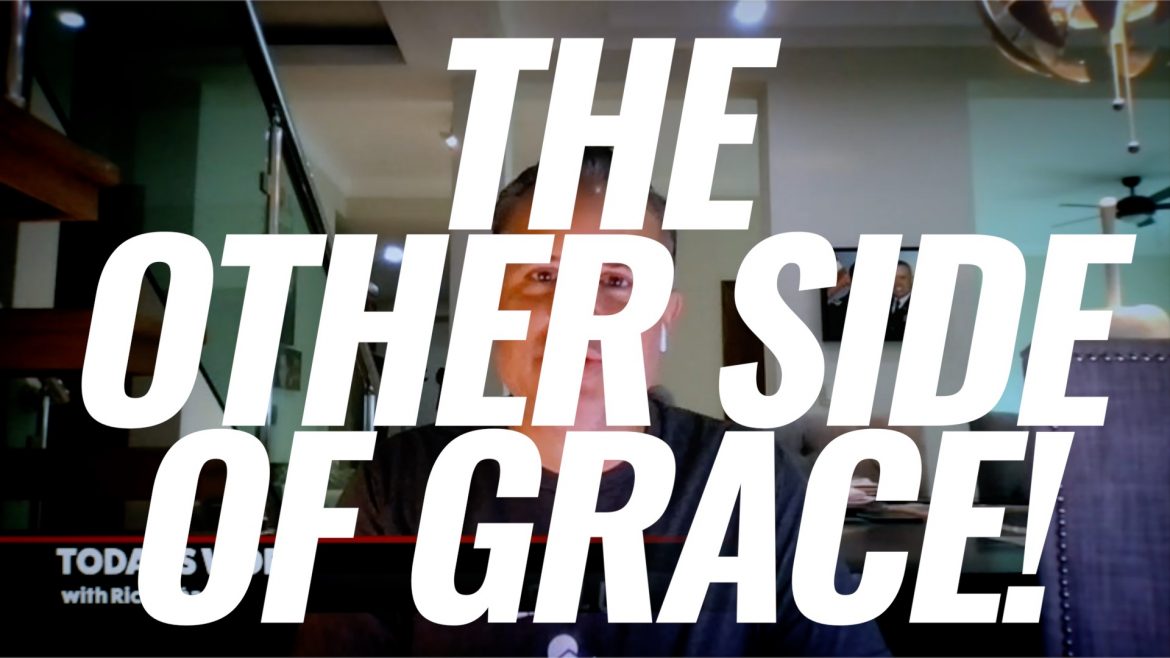 Note: Before I get started, I want to wish my wonderful wife a HAPPY BIRTHDAY!  If you know Isabella, please reach out to her today.  My wife is a true blessing to me, our family, and the world.

Today we continue our series entitled “Destiny’s Child – You Are Not a Mistake!”  We have been looking at Ephesians 2, and I told you that I would cover two major points from it:

1.  You were saved by God’s unearned grace.

2.  You were not saved to sit; you were saved to serve.  There are “good works” God already planned for you to do.

Yesterday I dealt with the first one.  I will further elaborate on that point today, then discuss the second point, which I will call “the other side of grace.”

8  I mean that you have been saved by grace because you believed. You did not save yourselves; it was a gift from God.

9  You are not saved by the things you have done, so there is nothing to boast about.

10  God has made us what we are. In Christ Jesus, God made us new people so that we would spend our lives doing the good things he had already planned for us to do.

In one sense, when God’s grace is flowing, it has nothing to do with you.  It’s like God is doing what He does without any regard for your performance.  He is doing things FOR us.  In another sense, when the grace of God is flowing, it has everything to do with our performance.  God empowers us to perform beyond our ability, power, and strength.  In this case, He is doing things THROUGH us.  When this happens, it is clear to us and everyone around us that we are doing something we could never do without God.

I bring up these two aspects of God’s grace because, in order to stand long enough to see the promises of God manifested in your life, you are going to have to fully embrace the grace of God.  On the one hand, you have to accept the fact that God’s plans and promises have nothing to do with your performance.  God gave you the promises by His unearned and undeserved grace.  On the other hand, you also have to embrace the fact that God empowers you to perform.  The Apostle Paul explained this well in his letter to the church in Corinth.  He said:

“I am the least important of all the apostles. In fact, I caused so much trouble for God’s church that I don’t even deserve to be called an apostle.  But God treated me with undeserved grace! He made me what I am, and his grace wasn’t wasted. I worked much harder than any of the other apostles, although it was really God’s grace at work and not me” (1 Corinthians 15:9,10 CEV)

So what does this mean for you today?  It means there are two facets/aspects of God’s grace that we must understand.

This is the facet of God’s grace that most believers are familiar with.  This is what I taught on yesterday.  If you read the Gospels, you will see account after account where Jesus blessed people, not because they did anything or because they deserved it, but solely by the grace of God.  The woman caught in adultery, for example, did not perform God’s will.  She was clearly in sin.  She did nothing to earn forgiveness or her breakthrough.  However, she received forgiveness and redemption by the grace of God.

When Samuel came to Jesse’s house and anointed David to be the next king of Israel, it was not because David did anything to initiate the contact.  It was purely by the grace of God.  The author of the text I have provided for you, the Apostle Paul, terrorized the church.  He worked against the cause of Christ with all his might.  When God called him to the gospel ministry, it had nothing to do with his performance.  As a matter of fact, the call came despite his performance.  It was totally by grace.  This aspect of grace is undeserved, unmerited, often unexpected, and almost unbelievable.  In this sense, God’s grace is amazing.

2.  Grace, where you are empowered to do what you could never do without God.

This facet of God’s grace is often not understood.  Not only does God call us by grace, but He then graces us to fulfill the calling.  Said another way, God gives us our purpose by grace (without us earning it), and He then gives us the grace to achieve it.

In the scripture I have provided, the Apostle Paul acknowledged that God treated him with undeserved grace.  Without grace, Paul could have never received such an awesome assignment.  Paul did not deserve it, but God assigned Paul’s purpose to him before he was born, completely by grace.  This is the part most people understand.  But then Paul goes on to say that he had to work harder than the other apostles to fulfill his calling.  This is the second facet of God’s grace.  Paul put all his effort into maximizing his purpose and potential.  But even then, Paul acknowledged that he was not really the one working so hard.  It was the grace of God through him.

— God gave Paul grace before he lifted a finger to perform God’s will, and He then gave him the grace to fulfill the assignment he had been given.

— This is the facet of God’s grace that was in operation when David killed a lion and a bear with his bare hands.  It was also the grace on David that enabled him to kill a giant with a slingshot and a stone.

— Without an understanding of these two facets of God’s grace, we will never have the faith (to believe) or the patience (to endure) we require to become the men/women God called us to be.

— In one sense, the grace of God has nothing to do with your performance.  In another sense, it has everything to do with it.  God empowers you to perform in ways that exceed your human power, ability, and strength.  To fully open your heart to this aspect of God’s grace, you must die to self and also die to your limits.  If you see limits, then you are focusing on the wrong thing; you are focusing on your humanity and NOT God’s divinity IN you!

That’s enough for today.  Tomorrow I will deal with the fact that this grace (God’s empowerment) is bestowed on you to perform the GOOD WORKS God preplanned (He before-ordained) for you to do.  This is all part of your destiny.  He calls you to do things you cannot do, and He then empowers you to do them.

Father, this is a season of LEVELING UP for me!  I LEVEL UP because of Your amazing grace!  Both facets of Your grace are in operation in my life.  I acknowledge the fact that You called me by grace.  I was completely undeserving, and You called me anyway.  Now that I have answered the call, You give me the grace to fulfill it.  I have the grace to do everything You have called me to do, and I declare that I will.  Like Paul, I acknowledge that I am who I am by Your amazing grace.  Your grace towards me shall not be in vain!  Therefore, I boldly declare that GREATER IS COMING FOR ME!  I declare this by faith. In Jesus’ name, Amen!

Called To Do Good Works