Intentional Progress in 2022: Life Lessons From Jesus (Part 42) – The Road to the Resurrection (Part 13) 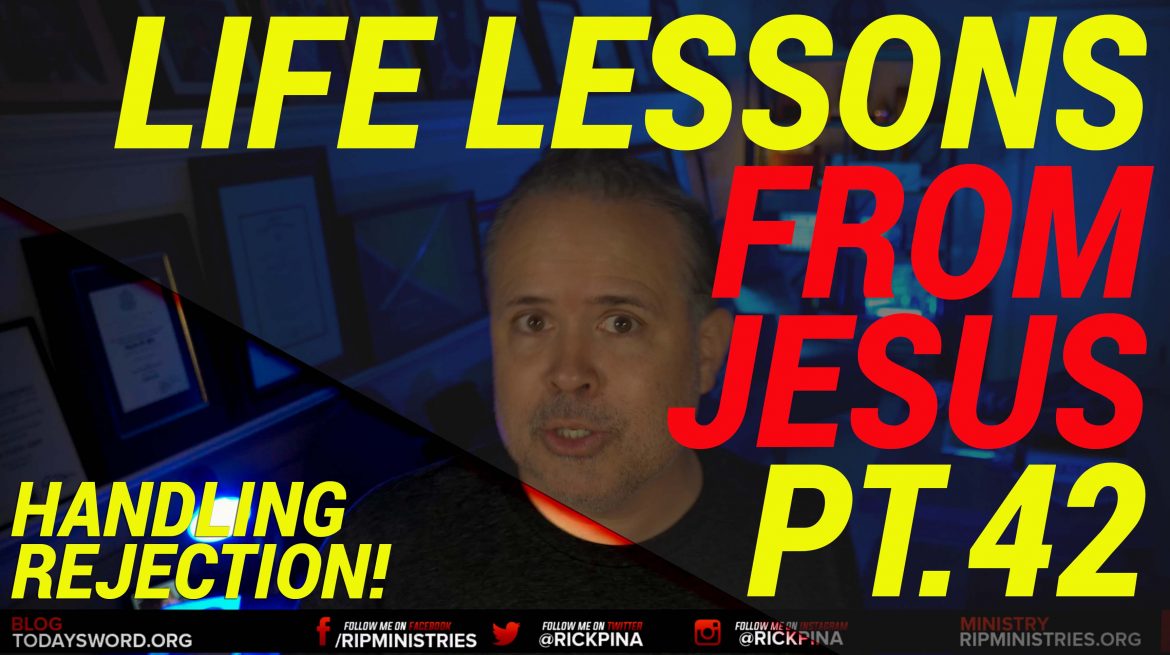 13 When Pilate heard this, he brought Jesus out to the place called “The Stone Pavement.” (In Aramaic the name is Gabbatha.) Pilate sat down on the judge’s seat there.

14 It was now almost noon on Preparation day of Passover week. Pilate said to the Jews, “Here is your king!”

Pilate asked them, “Do you want me to kill your king on a cross?”

The leading priests answered, “The only king we have is Caesar!”

16 So Pilate handed Jesus over to them to be killed on a cross.

11 He came to the world that was his own. And his own people did not accept him.

12 But some people did accept him. They believed in him, and he gave them the right to become children of God.

As I read John 19 this morning, I will tell you what stuck with me the most. The Bible says, “They shouted, “Take him away! Take him away! Kill him on a cross!”

Pilate asked them, “Do you want me to kill your king on a cross?” The leading priests answered, “The only king we have is Caesar!”

It’s bad enough that the people shouted, “Take him away! Take him away! Kill him on a cross!” But when the Jewish leaders said, “The only king we have is Caesar,” that stung in my heart. I could not get past it.

These were the people who were supposedly the most qualified. If anyone should have known that Jesus was the Messiah, you would think the High priest, the Sanhedrin, and the scholars of His day were the ones. But they were the people who rejected Him the most. Jesus was standing right there when they said the only king they had was Caesar. They were in the presence of Jesus, and they dismissed Him altogether.

2.  Jesus did not seek His validation from men.

If you walk with God in earnest, if you learn to discern the voice of the Holy Spirit, and if you seek to live a supernatural life, you will be misunderstood.  Not only that, but you will face opposition.  Sometimes the opposition will be so strong that it will cross over into actual rejection.  The people in our text flat-out dismissed Jesus.  When you are pouring your heart out for people and doing all that you can do all that you can, and it is still not recognized and appreciated, it can hurt.

We all want some form of validation.  We all want to know that the efforts we pour our hearts into are appreciated by others.  I am sure this hurt Jesus as well, but at least we know that Jesus was seeking His validation from the Father and not from men.  If you’re seeking the external validation of men, especially men who may not understand what God is saying to you, you’re setting yourself up to be disappointed.

— Mental health is a challenge for many today.  One of the reasons why so many men and women struggle with being healthy, on the inside, is because they are looking for the validation of others.  They are not at peace internally becuase someone did not provide them what they wanted externally.  Those who didn’t have a relationship with their parents often spend years looking for someone to fill that void.  We all want to be validated.  We all want to be appreciated.  We all want to feel like we are valued.  Jesus poured His heart out for these people, and they just dismissed Him, like He did not even exist.

— I did not have a relationship with my father.  My parents divorced when I was three years old.  I saw my father a few times here and there growing up, but he was never truly in my life.  I never heard my father say, “I love you.”  I never heard my father say, “I’m proud of you.”  I never got that validation from my father.  So there was a time in my life when I was seeking it.  That’s understandable.  It’s human nature.  Thankfully, the Lord has placed some men in my life that help me and help to “validate” me in a way that ministers to me.  But the greater validation comes from God.

— The Bible says that Jesus came to his own people.  And they did not receive him.  They rejected him.  But it goes on to say that some people did receive Him.  That’s how it will be with you.  Some people will not see what God is doing in your life, they will not validate you, and they may flat out disrespect you.  But there will be others who can see it.  God will put some people in your life that will honor you.  You need some people in your life that can discern the anointing God has placed on you and who will respect you as a man and a woman that you are called me.  Thank God for these people.  Appreciate them.  But just remember that the greater validation comes from God.

— The culture of God’s kingdom is a culture of honor.  This is why the statement that I read this morning hurt so much.  Jesus was a man of honor, and they dishonored him.  They dismissed them to his face.  The lack of honor, in God’s eyes, is very disrespectful.  If you were going to maximize your purpose and potential, you have to come to grips with the fact that some people will not honor you.  Appreciate those who do, but you cannot be moved by those who don’t.

3.  You must learn to deal with rejection.

Rejection can be very disappointing, and it can cause even the best of us to feel “down.”  Many Christians have not learned to handle rejection, and as a result, they feel dejected, dismissed, and in some cases, even depressed.  These feelings have even caused amazing believers to commit suicide.  Needless to say, this is a serious issue.

Jesus left heaven just to get us there.  He stripped Himself of His divinity to walk as a mere man in order to redeem man from sin and death.  He came to get us out of everything Adam got us into.  He came to His own, the Bible says, and His own received Him not.  He was despised and rejected of men.  He was rejected by the very men He came to save.  He was betrayed by one of His own men.  He was denied by one of His closest disciples.  Learn from Jesus.  Don’t focus on the problem; focus on your purpose.  Look past the pain and lay hold of the promises of God.  Endure rejection and ridicule, overcome opposition and strife.  This is the only way you will become the man/woman God called you to be!

Father, this is a season of intentional progress for me.  I will be deliberate about the pursuit of the progress You destined me to walk in, in this season.  So even when facing opposition, I keep my eyes stayed on You.  Every human You ever used to change the world was a human who had to face rejection, ridicule, opposition, and oppression, and every one of them, to a person, KEPT GOING!  They remained focused on You despite challenges.  So, like those who have gone before me, I stay focused.  I keep my eyes on the promise.  I keep my heart set on my divine purpose.  I receive my validation from You!  I shall not be moved.  I shall not be shaken.  I shall not lose because I will not quit.  I keep going, not by my power, but only by your grace.  This is why I know GREATER IS COMING FOR ME!  I declare this by faith.  In Jesus’ name, Amen!

Intentional Progress in 2022: Life Lessons From Jesus (Part 41) – The Road to the Resurrection (Part 12)

Intentional Progress in 2022: Life Lessons From Jesus (Part 43) – The Road to the Resurrection (Part 14)