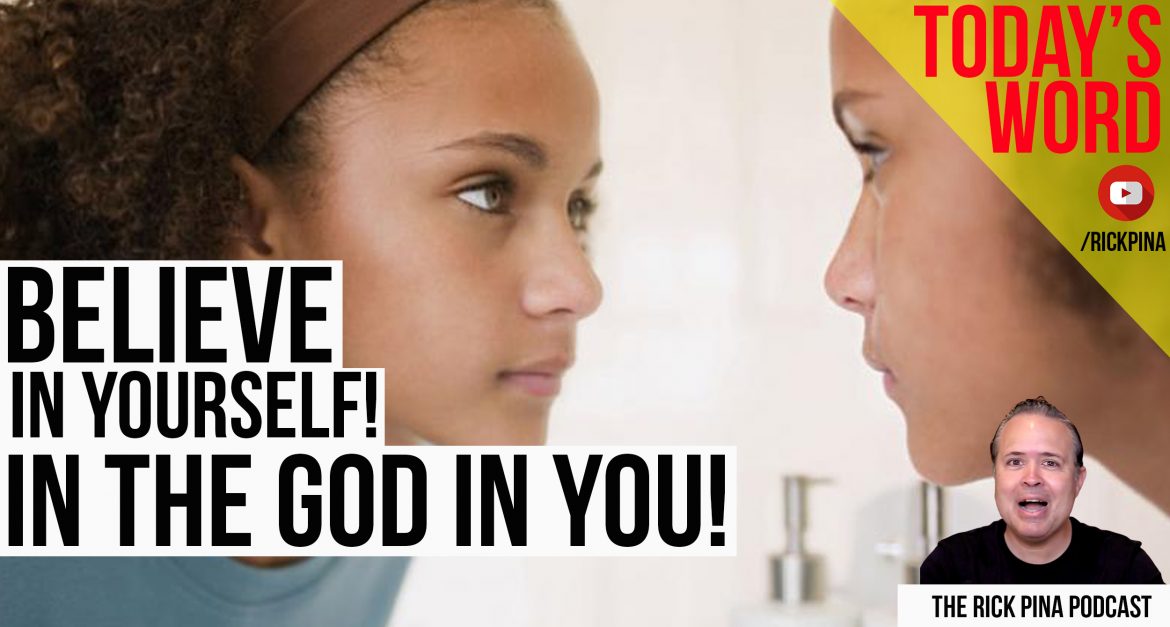 Today I will continue with “Faith and Patience Volume 5 – Greater is Coming!”  We are studying the life of David.  We will stick with the same passage as yesterday.  I have more to cover here.  Let’s get into it.

Once again, both armies (Israeli and Philistine) were mustered on opposite sides of the Valley of Elah.  Goliath came out to taunt Israel twice a day for 40 days.  But then David arrived on the scene.  David heard what Goliath said with a different set of ears.  David looked at the giant through a different set of eyes.  What he heard, he heard through the filter of faith.  What he saw, he saw through the lens of faith.  When you see and hear things from God’s point of view, you will see what most miss.

Empowered and emboldened by God, David went up to the King and said, “Master, don’t give up hope. I’m ready to go and fight this Philistine.”  Saul replied, “You can’t go and fight this Philistine. You’re too young and inexperienced—and he’s been at this fighting business since before you were born.”  To which David responded, “I’ve been a shepherd, tending sheep for my father.  Whenever a lion or bear came and took a lamb from the flock, I’d go after it, knock it down, and rescue the lamb.  If it turned on me, I’d grab it by the throat, wring its neck, and kill it. Lion or bear, it made no difference—I killed it.  And I’ll do the same to this Philistine pig who is taunting the troops of God-Alive.  God, who delivered me from the teeth of the lion and the claws of the bear, will deliver me from this Philistine.”  That was enough to convince the king.  Saul said, “Go.  And the Lord be with you!”

1.  You must believe in yourself (what God has placed IN you) even when others don’t.

— Saul was straightforward with David when the King told the shepherd boy that he could not fight Goliath and win.  Saul thought David was too young, and Goliath was a grown man.  He thought David was too inexperienced, and Goliath was a war-tested Soldier.  Saul had no confidence in David’s ability to fight the giant and win.  Thankfully, David did not base his opinion of himself on Saul’s assessment of his powers.  David had been through too much with God to second-guess himself.  The point here is that when you truly know who you are, especially in Christ Jesus, you don’t allow others to convince you otherwise.  You believe what God believes about you, even when others don’t.

— You cannot just know God in a book.  You cannot just know God from church services.  You must know God through experiences.  If you only know God through the Bible, your confidence will be shallow.  You must know God in real life.  David’s experiences with God helped him to look a King in the face and be unmoved by the King’s lack of confidence in him.  Further, David had so much confidence in himself that he was able to convince Saul to put the fate of the entire nation of Israel in his hands. He did this when he was just a teenager.  My point here is that your experiences with God help you believe in yourself (more specifically, the grace of God on your life), even when no one else does.

— God calls you to greatness. This series is about driving home the point that GREATER IS COMING for you.  But in order for this greatness to manifest, there will be critical moments along the path of your life’s journey (like this one was for David), where God will require FAITH of you.  If you don’t provide the FAITH when God expects it of you, you won’t tap into God’s grace, and you run the risk of missing out on God’s best.

2.  Problems you are called to fix will bother you in ways they do not upset others.

— When you are called of God, He has ways of propelling you into your destiny.  David thought he was simply running an errand for his father, the day he was thrust into the national spotlight.

— Goliath taunted Saul and the entire Israeli army twice a day for 40 days.  They did NOTHING about it.  David only heard the taunt ONCE, and he was ready to do something about it.  When you hear and see things from God’s perspective, He will highlight the problems you are anointed to fix.

— When you are anointed by God to address a problem, the problem irritates you in ways that it does not trouble others.  You will see the problem and be so bothered about it, that you wonder why it does not bother others the same way.  The reason is that they are not anointed to address it the way you are.

— There are some problems in this world that you were born to address.  You are actually predisposed to these problems in ways that others are not.  So when you come across them, as David came across Goliath, something will RISE UP in you to the point where you will not be satisfied until you address it.

3.  Having altars of remembrance of the past will help empower you for the present.

— I have taught many times on the importance of establishing altars in your life. This is worth repeating today.

— In Biblical times, an altar was a place of worship and sacrifice.  It was also a physical place of remembrance.  Followers of God established altars to remind themselves, and future generations, of what God had done.

— If you read the Old Testament, you will see many times when the Israelites established altars to serve as memorials of God’s goodness, both for them and for the generations that followed.  We all face challenging times. When difficulties come, it is good to go back to a point in our lives where God manifested His goodness.  The reminder of what God did back then helps us muster up the faith for the present.

— Never forget what God has done for you.  You never know when a simple memory of the past will encourage and empower you in the present!  And if you walk with God long enough, you will realize how important these moments of encouragement are.  There will be times when you don’t have anyone to encourage you, and you will have to encourager yourself.  When you find yourself in that position, you will be glad that you established altars of remembrance in your heart!

Father, You have called me for such a time as this!  It’s my season.  It’s my time!  It’s my turn!  You have anointed me to address certain things in this world, and address them I MUST!  Things bother me that do not bother others, because they are not called to do what I am called to do. I embrace Your grace Father to walk in my calling!  I will not allow fear to get ahold of my heart.  I remember what You did in the past, and it emboldens me in the present.  I launch out into this day ready to slay every giant that stands before me.  I’ve got this!  I believe what You believe about me.  GREATER IS COMING FOR ME!  I declare this by faith. In Jesus’ name, Amen!

Greater Is Coming (Pt.12) You Are Being Processed For Your Purpose