You Are A Child of Destiny 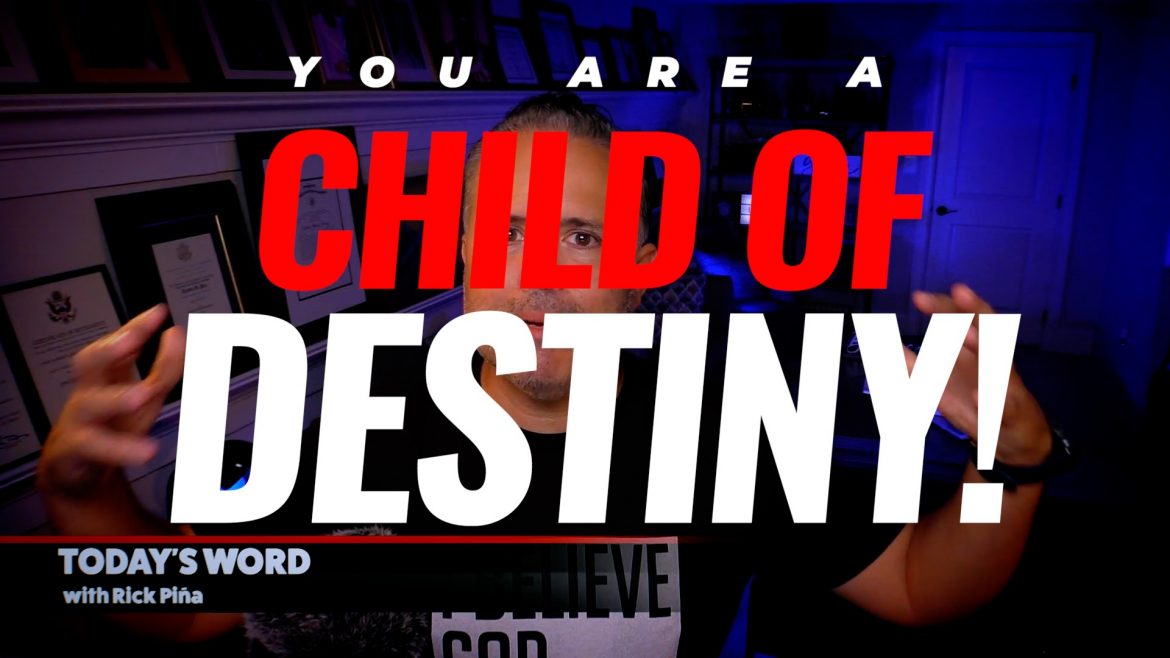 Yesterday I started a new series entitled “Destiny’s Child – You Are Not a Mistake!”  In the opening message, I briefly mentioned Jeremiah 1:5.  I want us to go back to that verse again today.  This time we will take a closer look at it.

Before I formed thee in the belly I knew thee; and before thou camest forth out of the womb I sanctified thee, and I ordained thee a prophet unto the nations.

So what does this mean for you today?  I was meditating on this last night and God gave me several things.  I won’t be able to get through them all today.  But here are a few thoughts from this, in no particular order.

1.  God’s knowledge of you predates your birth.

— Jeremiah 1:5, and many other scriptures, make it clear that our existence on this planet may have started the day we were conceived, but our presence in the realm of the spirit predates our humanity.

— We may not have existed in the form we have today before we arrived on this planet, but we surely existed in God’s heart before the world began.

— As much as your parents love you, they cannot define you because they did not create you.

— You are a product of intelligent design because the Master designer created you for His purpose.

— When you internalize the fact that God made plans for you before the world began, and you truly believe it, it makes you feel special, and the feeling is warranted.  You are special.  You are unique.  You were designed for God’s purpose and released into this world at just the right time!

YOU ARE NOT A MISTAKE!

2.  Destiny cannot but decided because it is something god decided before the world began.

Paul said, “God had special plans for me even before I was born. So he chose me through his grace.  It pleased him to let me see and know his Son so that I could tell the Good News about him to the non-Jewish people.”  (Gal 1:15,16).  Paul knew God made plans for him before he was born.  He knew the plans were specific and tailor-made.  When he discovered God, he also discovered God’s plans for his life.  Paul then spent the rest of his life walking with God and becoming the man he was destined to be.  This is how we are supposed to live.

— You cannot choose or decide your purpose in life.  You don’t decide your destiny.  You are not making it up as you go (as some people think).  Because God decided your destiny before you were born.  Purpose and destiny cannot be decided; they must be discovered.

— Paul spent many years making a name for himself.  He was well known as “Saul of Tarsus.”  But he was actually living his life with a fake ID.  He had become someone God did not call him to be.  When he discovered God, he wound up discovering himself.  He then had to die to his old identity.  He did, and he spent the rest of his life becoming the man he was born be (the Apostle Paul).  The revelation of who he really was came to him as he spent quality time with God in fellowship.  You and I must do the same.

— It was in a time of fellowship with God that He spoke to Jeremiah and revealed to him that he was called to be a prophet unto the nations.  Tomorrow we will see how Jeremiah responded.  But my point is that God did not give Jeremiah options.  When I joined the Army, the Army said that based on my ASVAB score, I qualified for many jobs.  So they laid out all the jobs for me and LET ME DECIDE.  God does not do that.  He reveals to you what He called you to do and He then urges you to ACCEPT the call.  That’s it.  You still have a choice, but your choice is not “multiple choice.”  It’s either: A) ACCEPT God’s call and spend your life becoming the person you are called to be, or B) REJECT God’s calls and live life on your own.  That’s it.  It’s really that simple.

— If you spend your life becoming the person YOU always wanted to be, and you consider yourself successful by the world’s standards, but you then get to heaven and find out that you spent your entire life becoming someone God did NOT call you to be, you were never a success.  In this world, people measure success by money, homes, cars, and fame.  In heaven, success is measured by purpose.  Either you found, followed, and finished your purpose, or you did not.

3.  God is not haphazard.  His assignment for your life is specific.

— Along with the assignment, God will give you the grace to perform it.

— God will never expect you to do something He has not equipped you to do.  His instruction is always equal to His injection.

— If God instructed you to do it, it is only because He has already injected you with the grace you need to get it done.  People who understand this and who live this way never get comfortable with where they are.  They appreciate where they are, but they also know they have not arrived at what God revealed.  They will never be satisfied until they SEE (in their hands) what God REVEALED (in their heart).  I pray that you get to the point that you live this way.  Once you do, you will never stop changing because you know you can never stop growing until you arrive at God’s overall final destination for your life.

Father, this is a season of LEVELING UP for me!  I LEVEL UP by discovering my destiny.  You knew me before I was born.  You made plans for me before my mother met my father.  I am not a mistake.  You sent me to the earth for such a time as this.  You gave me a specific assignment, and You have graced me to get it done.  I declare that I will not die until I do.  I FIND, FOLLOW and FINISH my purpose.  I will not die because I am sick.  I will not die because I am old.  I will only die when I am done!  I am a child of destiny, and GREATER IS COMING FOR ME!  I declare this by faith.  In Jesus’ name.  Amen.

New Series: Destiny’s Child – You Are Not a Mistake!

The Enormity of God’s Call