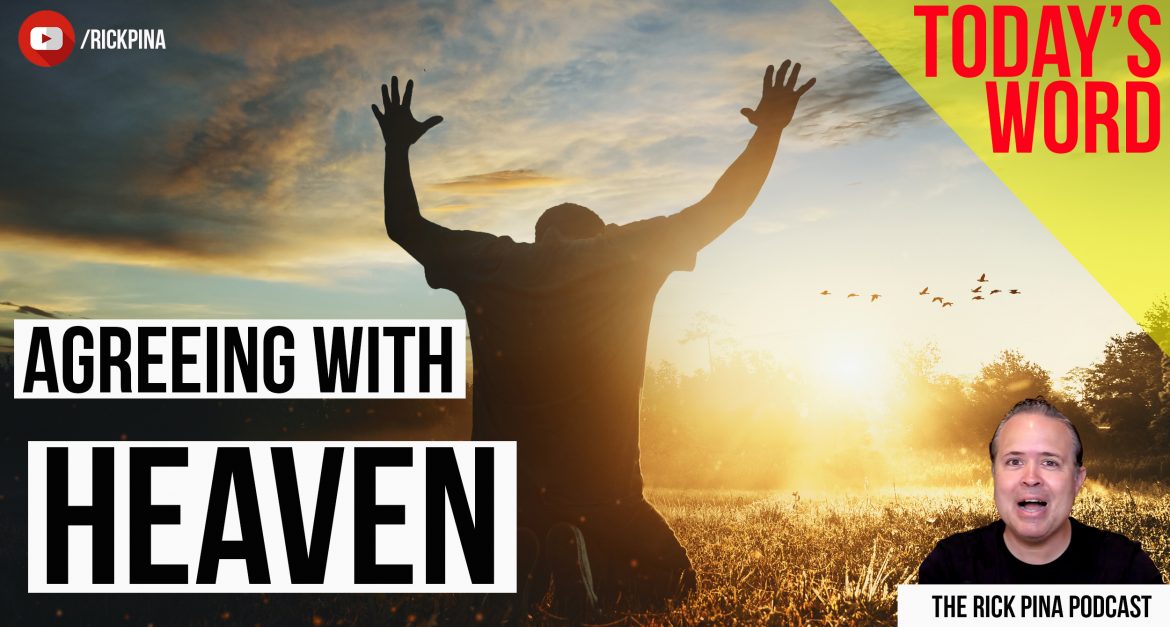 Today I will continue with “Faith and Patience Volume 5 – Greater is Coming!”  We are studying the life of David.  We will cover 1 Samuel 17:41-47 again.

Goliath saw what he was about to do as a battle between two mere men, or in this case, a grown man and a little kid.  However, David saw this as a battle between one man without God, and one man anointed by the only true God.  David knew God’s grace was on him, and since he was being led by God, he was fearlessly confident.  He knew the Lord was not leading him into a failure.  I can’t tell you how many times I have reminded myself that God is NOT leading me to fail!  Since God leads us to do things that we never imagined ourselves doing, sometimes, if we are honest, it will scare the life out of us, and we have to continually remind ourselves that God is with us and that He will NOT lead us into failure!

David relied on His God for the victory.  How do I know this?  It is evident in David’s words.  Pay close attention to what David said.  David declared, “Today the Lord will conquer you, and I will kill you and cut off your head.”  Think about that for a minute.  David’s confidence was in God.  David clearly had a part.  It’s just that his faith was not in his ability or strength.  David was not confident in the “power of ME!”  No, David was confident in the “Power of HIM!”  David said God would do the conquering, and he would do the killing and the cutting.  This is how we are supposed to live.  We must have an understanding of the fact that we are carrying God around within in our mortal bodies, and there are many things God will not do through us, until we willingly cooperate with His plans and purposes.  Most of this requires faith, because God will lead us to do crazy things, like He did with David this day.

I also want to reiterate that David boldly declared that he would cut Goliath’s cut off.  He did this without having a sword.  How could David say what he said with such confidence?  I believe it is because the Lord had already revealed to David what was going to happen.  All David had to do was agree, on the earth, with what heaven had already planned.

1.  To live on earth, in synch with heaven, you must discern God’s timing.

— If you remember, David’s story started with him as a shepherd boy who was selected by God and anointed by the Prophet to be the next King of Israel.  David had to open his heart to this dream.  But at the same time, David had to learn to discern God’s timing.

— David was anointed to be King of Israel at 17.  He did not become the King of Judah until he was 30.  He had to wait another seven years to become King of the unified Israel.

— This series is about faith and patience.  You must learn to live by faith, to develop patience along the way, knowing that everything God said will happen at just the right time (Ecc 3:1).  But it will not happen before it’s time.

— If David had allowed himself to be so caught up with God’s dream for his life (to become King) that he could not focus on anything else, he would not have been focused enough to kill Goliath.  My point is that you should keep your heart OPEN to your tomorrow, while at the same time maintaining a laser-focus on your today.

— Discerning God’s timing is critical to walking with Him by faith without getting frustrated because things are not happening fast enough for you!

— David understood the balance between God’s part and His.  He said, “Today the Lord will conquer you, and I will kill you and cut off your head.”  When you understand this, you receive what God reveals, and you then go out and DO your part, by faith, aligning with heaven.

— There is no need to fear when you know God’s grace is on you to face what you are facing.

— When you are confident that you are doing what the Lord is leading you to do, you can trust that His grace is already on you to experience victory.  At this point, you have NOTHING to fear.  Because stopping you would mean stopping God, and God cannot be stopped!

4.  Prayer is about the earth agreeing with heaven.

— Prayer is not about you making up what you want and then asking God to bless it.

— Prayer is about finding out what God, in heaven, wants to do in the earth, and then agreeing with Him to bring it to pass.

— After you prayed in faith, agreeing in your heart for heaven’s reality to manifest on the earth, you must then follow up your prayer of faith with actions of faith.  This is what David did.  He did not just receive what God wanted in his heart.  He was willing to go DO what the Holy Spirit was leading him to do.  Faith is an action word.  Faith without works is dead (James 2:17).

5.  When you are convinced of God’s will, you pray from a position OF victory, not FOR victory.

— If you truly believe God already did it, then you are not asking for it; you are operating from the position of God’s finished work.

— David did not enter the Valley of Elah looking FOR a victory.  David entered FROM the position OF victory.

— David already saw himself cutting off the giant’s head.  God had already given David a glimpse of what was going to happen.  David’s part was faith.  Faith believes what God says is already done, and faith operates from the position OF IT, not FOR IT!  If you ever get this revelation, you will never be the same!

Father, it is clear to me that David could not have known what was going to happen, exactly the way it was going to happen unless You revealed it to him.  You revealed to David what heaven’s will was, and he cooperated with you to see Your will done, on earth, as it was in heaven.  What You did for David, you do for me!  You reveal to me what You want to accomplish in, with, and through me, and I then walk it out by faith.  What You want to do through me is already done in heaven.  My job is to cooperate with You to bring it to pass in the earth.  You show me what You want to do in my life, and I step out in faith to bring it to pass.  Living this way, I do not launch out FOR the victory.  I launch out FROM the position of VICTORY!  This is why I keep saying that GREATER IS COMING FOR ME!  I declare this by faith. In Jesus’ name, Amen!

Greater Is Coming (Pt.17) Seeing What You are GRACED To SEE!