God’s Grace & Our Faith (Part 23): Human Performance Waters Down The Gospel of Grace 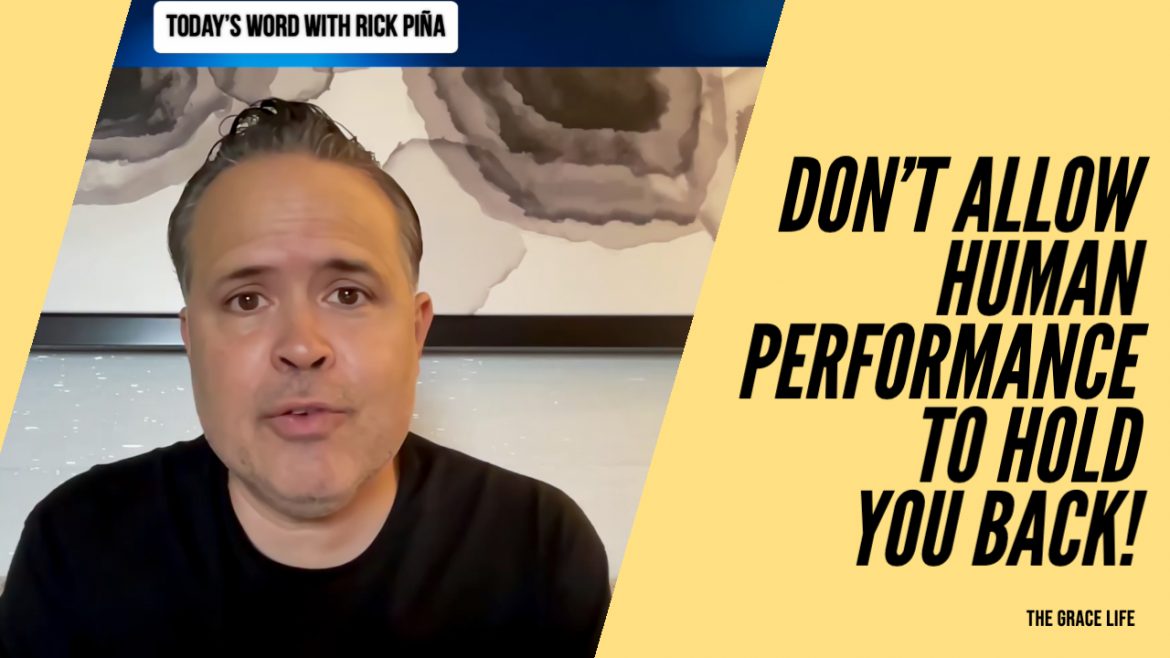 Today we will continue our series entitled “God’s Grace & Our Faith.” We are looking at The Law given under Moses vs. the Grace provided by Jesus. Our main scriptures are John 1:14 & 17. Yesterday we also looked at Galatians 5:10. Today we will look at Galatians 5:11 and 12.

As for the rumor that I continue to preach the ways of circumcision (as I did in those pre-Damascus Road days), that is absurd. Why would I still be persecuted, then? If I were preaching that old message, no one would be offended if I mentioned the Cross now and then—it would be so watered-down it wouldn’t matter one way or the other. Why don’t these agitators, obsessive as they are about circumcision, go all the way and castrate themselves!

1. The Apostle Paul thought it was “absurd” for people to believe that he was “for” adding human performance to God’s grace as a requirement for righteousness.

While the Apostle Paul was writing to the believers in Galatia, there was a rumor that Paul was FOR circumcision for non-Jewish converts to Christianity. Basically, the Jewish religious converts to Christ were telling grown men, who had never been circumcised, that they needed to be, even after accepting Jesus as Lord. When Paul visited southern Galatia and planted the church there, his message was clear: it was salvation by grace and grace alone!

Paul preached that you can only be righteous by faith in Jesus and not the works of the flesh. However, the religious Christians, who were former Jews, and who wanted new Gentile converts to get circumcised, started a rumor that Paul supported this practice. When Paul found out about it, he was furious. He said, “that is absurd.”

Paul explained that the only reason those in Judaism’s religious system were persecuting him was that the message of the cross and salvation by grace alone was an offense to them. Religious people who invest a great deal of time, energy, and effort into their works (attempting to DO right so they can BE right with God) get really offended when you tell them that their works cannot make them right. They will fight you tooth-and-nail in support of their religious practices. These people fought Jesus, they fought Paul, and they will fight you if you fully embrace the message of God’s free and unearned grace!

Paul fought back. He told them that those pushing for circumcision should go all the way. Instead of just cutting off the foreskin, Paul told them to cut off the entire penis, castrating themselves for their errant beliefs. Wow! This is how strongly Paul felt about this. So this message should not be ignored.

— The grace of God is so good that it almost seems to good to be true.

— The unearned grace of God is offensive to those who focus so much on their performance that they want to be rewarded for it. They want both God and the world to acknowledge their perceived goodness.

— Religious people have the “I am good and you are not” mindset. But the gospel of grace says, “None of us are good and we all need Jesus!“

2. Your performance will never measure up to the size of what God called you to do, so He wants you to accept it by grace and pursue it by faith.

To the people who were claiming the Apostle Paul was okay with adding a little Law to grace, Paul said, “If I were preaching that old message, no one would be offended if I mentioned the Cross now and then—it would be so watered-down it wouldn’t matter one way or the other.”

Paul’s point is what he said earlier in his letter to the Galatians. If you add a little lie to the gospel, and you accept that lie as the truth, that lie will infect your entire belief system. Paul likened it to a little yeast that you place in a large batch of dough. The small amount of yeast seems innocent enough, but before long, it permeates through the entire batch. This is how it is with a “little Law.” If you accept the gospel of grace and you embrace righteousness by faith in Jesus Christ, but you then also hold on to a “little” of the requirements of The Law, deep in your heart thinking that you need to DO right to BE right with God, your reliance on your performance will ultimately hinder your faith.

— If the level of your faith IN God is contingent upon your perceived performance TOWARDS Him, then your faith will never be strong enough to accomplish what God has called you to do because His call exceeds your performance.

— God’s assignment is greater than anything you can ever earn or work for.

— You must decouple your faith IN God from your human performance TOWARDS Him. This is the only way your faith will ever be strong enough to accomplish what God has called you to do.

— God loves you so much that He did not allow His foreknowledge of your mistakes to keep Him from preordaining you for His assignment. Said another way, God knew your faults, flaws, and failures beforehand, and He called you to His best despite your performance, not becuase of it. So please don’t have performance-based now. Becuase if you do, you will never see yourself as “good enough” for what God called you to do!

3.  Adding human performance to God’s grace waters it down.

Paul said, “As for the rumor that I continue to preach the ways of circumcision (as I did in those pre-Damascus Road days), that is absurd. Why would I still be persecuted, then? If I were preaching that old message, no one would be offended if I mentioned the Cross now and then—it would be so watered-down it wouldn’t matter one way or the other.”

Paul taught that if you add The Law to the gospel of grace and the preaching of the cross, you have watered down the gospel. There won’t be any power in it because any gospel that is contingent upon human performance is powerless.

— Our power comes from knowing that we are NOT the ones doing it.

— You don’t know anything about God’s power until you experience the Holy Spirit flowing through you, and you know you are being used.

— You are possessed, and you are aware of it. You know you are possessed by God. You are filled with His Spirit. You are talking, but you know the words are not coming from you. You are transmitting, but it is clear that you are only transmitting what you are receiving. You are saying things you never heard before. You are speaking with wisdom that exceeds your education and experience. You are flowing in power that is beyond human ability. While this is going on, you finally realize you are supernatural, and this supernatural power flowing through you has NOTHING to do with your performance. God is not doing it because you are so good. He is not doing it because you earned it or deserved it. God is doing it because you finally GOT OUT OF THE WAY! You died to self. You believed God! This is the life of faith, based on His grace (#TheGraceLife), and this is how we are supposed to live!

— If you can ever get to the point where you yield to God, you submit fully to Him, and you allow the Holy Spirit to lead you in all things, you will live a life that far exceeds your wildest imagination. Because at that point, it will be God living through you. He will give you the words. He will perform the work. He will do, through you, exceedingly more than what you could do without Him. This, my friends, is GRACE!

I will stop here.  That is enough for today.

Father, I thank You for opening my eyes to Your grace.  In response, I open my heart to believe without limits.  My faith IN You is no longer contingent upon the level of my performance TOWARDS You.  Even though I am not good enough in and of myself, and even though my human performance could never measure up to the size of Your assignment, I open my heart to believe anyway!  My faith says YES to Your grace.

I will no longer hinder Your power from flowing in my life because of my lack of perceived merit.  I am not worthy of Your assignment or Your blessing, and I get over it.  Jesus was worthy for me.  Therefore, I believe You!  I am ready to be used BY You in ways that far exceed my performance TOWARDS You!

The supernatural will flow through me because I believe!  It is You, Father, who lives in me.  You give me the words, and You perform the work.  I am naturally supernatural.  I am a human conduit of the divine!  GREATER IS COMING FOR ME!  I declare this by faith.  In Jesus’ name, Amen!