Greater Is Coming (Pt.59) A Conduit of God’s Grace 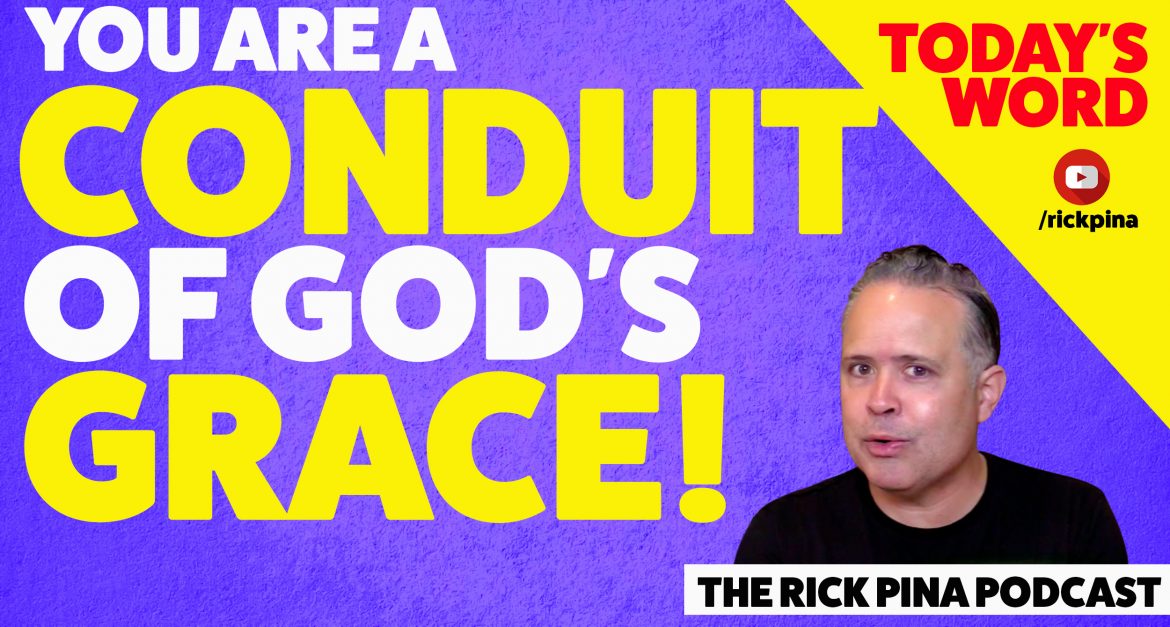 Today I will continue with “Faith and Patience Volume 5 – Greater is Coming!”  Friday, we saw how the Lord blessed David and 400 of his men to pursue, find, fight, overtake the enemy, and RECOVER ALL!  David started the recovery missions with 600 men.  But 200 were exhausted by the time they arrived at the brook in Besor.  So the 400 left the 200 behind, and they continued with the mission (C.M.).

By the time David and his men caught up with the Amalekites, it is safe to assume that the remaining 400 were exhausted as well.  To make a bad situation worse, they did not find the enemy’s camp until the evening, so it is safe to assume that they had been in pursuit all day long.  And then, without any rest, David and his men rushed into the enemy’s camp and fought the enemy all night and the entire next day until evening.  They fought for 24 hours.  They probably been awake for at least 36 hours.   I point this out to further highlight the grace and power of God.

There is no way these men could have done what they did without God.  This was not adrenaline alone.  This was GRACE!  God’s grace was on David and his men for the victory.  Not because they deserved it (because we know by now that they should have never been living with the Philistines in the first place).  Not because they were so righteous (because David had made his fair share of mistakes).  But simply because God is so good.  God was blessing David and keeping him for his purpose, even though he was not perfect along the way.  This is another reminder of God’s amazing grace.

Not only did David and his men recover EVERYTHING the enemy had stolen — the Bible says, “Nothing was missing: small or great, son or daughter, nor anything else that had been taken. David brought everything back” — but they also came back with overflowing plunder.  In other words, they came back with their stuff and with all the stuff of the Amalekites.

As they journeyed back, David’s 400 men met up with the 200 who were left behind.  David greeted the men joyfully, but some of his men were not so happy to see them.  Some men from within the 400 said, “They didn’t go with us, so they can’t have any of the plunder we recovered.  Give them their wives and children, and tell them to be gone.”  Now, consider the fact that these 200 men had been with the other 400 through for years, through thick-and-thin.  They had fought together, laughed together, cried together, and enjoyed victories together.  But because of this ONE TIME when they were too tired to go on, some of David’s men were ready to let them go.  Thankfully David said, “No, my brothers!  Don’t be selfish with what the LORD has given us.  He has kept us safe and helped us defeat the band of raiders that attacked us… We share and share alike, with those who go to battle and those who guard the equipment.”  From then on, David made this a decree and regulation for Israel.  The Bible says that this decree is still followed to this day.

1.  God will give you supernatural power to keep going.

We all get tired.  Most of us don’t get sufficient rest.  But when faced with something the Lord is leading you to do, the Father is able to release supernatural power that can manifest in physical strength.  I am a witness to this.  God did it for David in this passage, He has done it for me countless times, and He will do it for you.  As you walk with God for the long haul, and you are committed to your lifelong purpose, there will be times when you get physically tired.  During those times, ask God for the strength you need to maximize each moment, and you will be amazed by the results.

David and his men fought valiantly for over 24hrs., even after they had been in hot pursuit of the Amalekites all day.  But when it was all said and done, David gave the glory for the victory to God!  David acknowledged the fact that the hand of God was on him and his men to fight that day.  Please do the same.  The Father has and will grace you to win your battles.  When He does, don’t forget to give Him the glory!  God gets the glory, and we get the benefits.  I like that arrangement.

3.  It’s unfortunate, but it does not take much for people to turn on you.

Some of David’s men were ready to dismiss their brothers in a minute.  These were men who had fought, sweat, and bled alongside them for years.  And just because of one incident, they were ready to sever ties.  There are a few things to think about here: 1) thank God that He is not like humans, 2) never treat God’s people this way, and 3) don’t be surprised if others are this way with you.  People may turn on you, but God never will.  If you keep your confidence in Him, He will help you to deal with others, even those who are not loyal.

4.  Recipients of grace should become extenders of grace.  Maintaining a grace-mindset will help you endure for the long haul.

This series is about faith and patience.  It’s about holding on long enough to become the man/woman you are called to be.  This does not mean you will be perfect along the way, because you won’t.  This does not mean God will only give you what you deserve because He will be far better to you than that.  But what it does mean that if you internalize the reality of God’s amazing grace, and you meditate/medicate on it day and night, you will be in a position to do the following:

— You will accept God’s goodness when He is showering you with things you clearly do not deserve.

— Your heart will be open to His supernatural power, so you can do what you know you could never do without God.

— You will remain humble, because you know God has not withheld his blessing to be in direct correlation to your performance.  You will know that you cannot take credit for His goodness towards you.

— The closer you get to God, the less you think of yourself.  You know God is doing things through you that far exceed you.  So you are quick to give God the glory when He does things in/with/through your life that you never could have done without Him.  And you are quick to extend the grace that has come TO YOU, THROUGH YOU.  Just as you have RECEIVED grace, you begin to RELEASE what you have RECEIVED.   The realization of God’s goodness towards you causes you to be kind, considerate, and gracious towards others.

— Living this way, all of these things put together, help you to endure until you receive everything God promised!

5.  One of the greatest ways to maintain your faith walk is by cultivating the love of God in your heart.

— The longer you walk with God, the more you will experience God’s love, His grace, and His mercy towards you.  The more you experience God’s goodness, the more the Holy Spirit will lead you to become a conduit of what you are receiving.  The more you actually become a conduit of God’s love, the stronger your faith will be, because sharing God’s love draws you closer to him.  Said another way, the more you treat others the way God treats you, the more the love of God will be cultivated in your own heart.  This is critical because the more convinced you become of God’s love, the stronger your faith will be.  Faith works by love (Gal 5:6).

— David knew God had been good to him.  So he chose to be good to the men who were not physically capable of completing the mission to recover what was stolen.  Applying this to the present day, the more you appreciate what God is doing for you, the more you should seek to BE a blessing to others.

— In short, David chose to be NICE to men who were in need of his kindness.  Far too many believers are so fixated on receiving blessings FROM God that they fail to be nice, courteous, and kind.  These people turn others OFF from Christanity.  They seek “things” from God, but they don’t develop Godly character.  Never let this be you.  Tying it to our series, and being very frank, if you are a jerk, you won’t be able to operate in faith and patience because faith works by love (Gal 5:6).

Father, I thank You for giving me the grace to keep going.  You bless my mind to be alert, my body to be awake, my thoughts to be sharp, my strength to be amplified, and my focus to be clear.  You have given me the grace to maximize this day and every day.  Not because I am so good, and not because I am sinless, faultless or flawless, but simply because of Your grace.  I am convinced that You want to bless me, not because I deserve it, but because You are so good.  Your goodness towards me far exceeds my actions towards You.  You bless me to experience supernatural victory after supernatural victory and I am committed to always give You the glory for what You have done and what You are doing in my life.  I know people will not always treat me the way they should and I know some will turn on me when given the chance, but I declare, by faith, that I will not allow the actions of others to lead me to operate outside of Your will or Your love.  I remain in love, I remain in faith, and since I am a recipient of Your grace, I become an extender or it.  Grace and love have come TO me and I will allow both to flow THROUGH me.  You use me today Father, as a conduit of Your grace and as an example of Your love.  GREATER IS COMING FOR ME!  I declare this by faith.  In Jesus’ name, Amen!