Progress on Purpose – Leveling Up Physically: Is Healing God’s Will? 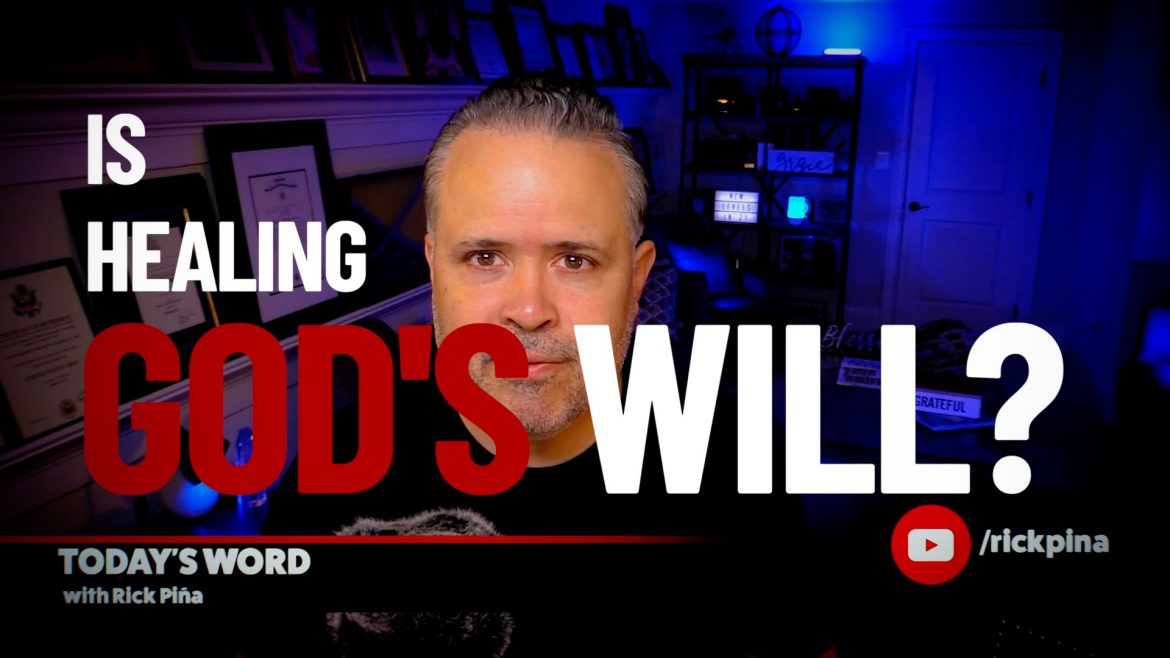 Today we continue our series, “Progress On Purpose.”  I told you that God wants us to walk in “NEW LEVELS IN 2021!”  But if we are going to do so, we must be intentional about our progress.  With that in mind, as we lay the foundation for the year, I told you that I would discuss “Leveling Up” in five areas:

We have covered the first two thus far.  Today we start the third: leveling up physically.  In this section, I will cover the following:

1.  Is health and wealth good or bad

2.  Healing is the will of the Father

3.  God wants you to live long and strong

4.  Some things you can do to live long and strong

Yesterday we looked at the first one of these.  Today we will look at the second as we address the question: is healing God’s will?

1.  God desires for you to prosper and be in health.

Yesterday we covered the fact that health and wealth are not bad.  It is God’s desire, God’s intention, that you be whole, in every way, and that you live in health.  This will happen “even as” your soul prospers (3 John 2).

Beloved, I wish above all things that thou mayest prosper and be in health, even as thy soul prospereth.

— Your life prosperity will never exceed your soul prosperity.

— Whatever you are experiencing in life started in your soul (or your mind).

— You have to receive it on the inside before it manifests itself on the outside.

— There is grace available for salvation.

— There is grace available for health.

However, it is difficult to RECEIVE what you cannot PERCEIVE!

— In the world people say, “I will believe it when I see it.”

For as he thinketh in his heart, so is he: Eat and drink, saith he to thee; but his heart is not with thee.

— You are the way you think.

*** Your body can and will respond to what is going on in your Spirit.

2.  Personal testimonies about two of my sons.

My son Joshua is 14 years old.  When he was 2 years old, we got stationed at Fort Lewis, WA.  When we got there Joshua had a doctor’s appointment.  I can’t remember why the doctor requested an x-ray, but he did.  When the x-ray came back, the doctor said Joshua had a small hole in his heart.  The doctor showed me the hole on the x-ray.  It was small, but it was visible.  While I was looking at the x-ray, it was like the Holy Spirit was yelling inside of me, saying, “He does NOT have a hole in his heart!”  I was talking to the doctor, but I could clearly hear what God was saying to me, on the inside.  So I said OUT LOUD, to the doctor, “My son does not have a hole in his heart.”  The doctor looked at me, and then looked at the x-ray, as if to say, “You are crazy.”

Isabella and I left and I told Isabella what the Holy Spirit said to me.  So I walked up to the admin station and I requested an appointment with the same doctor for two weeks later.  I was given the appointment.  I just felt in my spirit that I was supposed to come back in two weeks.  So I did.  I then asked the same doctor to do the x-ray again.  He was reluctant, but I insisted, and he did.  To his surprise, the hole was gone.  I was not surprised, but he was.  He thought there was a glitch in the x-ray machine.  I knew it was God.

Years later Ethan was born.  He was born at 28 weeks.  When Isabella went into preterm labor, we prayed, believed God, asked our friends to pray, and stood in faith, but the contractions would not stop.  Before long we were preparing to have a 28-week term baby.

Different doctors and nurses came in and they all pretty much had the same things to say.  They told us of the challenges that babies of this development stage face, and how the baby’s lungs will probably not be developed enough for him to breathe on his own, and how he could have respiratory problems long-term, how his eyes would not be developed, and how etc., etc., etc..  I know they were just doing their job, but I kept telling Isabella, “I don’t know how people without God do it, because if we did not have God, the things they tell us would have filled out hearts with fear.”  Throughout the entire process, and throughout the barrage of negative reports, I am thankful to God that Isabella and I can say that we never once feared.  We did not have to live off of what the doctors were saying.  We were hearing what God was saying about our baby.  I kept telling Isabella, “We live from another reality.”

When Ethan was born, there was a team of people ready to intubate his little body, because we were told that he was NOT going to cry and that he was NOT going to be able to breathe on his own.  At 10:53pm that night, Ethan Elijah Piña came out screaming!  He was only 3 lbs, but was and continues to be healthy.  Later God revealed to us WHY this happened, and that is another story, for another day.

Here’s my point for today.

*** In both cases the Holy Spirit said: DO NOT RECEIVE THAT!

I refused to believe or receive what this world was saying to me.

I had a DIFFERENT REPORT!

Joshua has no HOLE in his heart.

In both cases we had to release OUR FAITH to access God’s GRACE for healing!

Healing was provided 2,000 years ago.

God provided it by grace.

We must LAY HOLD of it BY FAITH!

You live IN THIS WORLD, but you are getting INPUT from heaven… through THE HOLY SPIRIT!

— This means He lived by every Word the Father revealed.

— He only said what He heard the Father say.

— He only did what He saw (by revelation) the Father do.

—  Jesus was willing to be in-synch with heaven, even if it meant He seemed out-of-synch with the people down here, in this world.

*** We must be willing to live the same way.

Jesus lived based on what the Father was saying, through the Holy Spirit, even when it was completely against everything that was going on around Him.

Jesus was not moved by what He saw in the natural.

— Jesus was only moved by what the Father revealed in the Spirit.

*** Even if it took time for the revelation to manifest.

Father, I know You provided healing 2,000 years ago.  Jesus was wounded for my transgressions.  He was bruised for my iniquities.  By His stripes, I was healed.  Past tense.  It’s already done.  Like salvation, healing is already provided by grace and I must receive it by faith.  In order to do so, I cannot be moved by what I see or what I feel.  I can only be moved by what You are saying.  The unseen realm is more real to me than was I see with my eyes and what I feel in my body.  I live by faith and I shall not be moved from what I believe.  Living this way, I level up in 2021 and I know GREATER IS COMING FOR ME!  I declare this by faith, in Jesus’s name.  Amen!

Progress on Purpose – Leveling Up Physically (Health and Wealth)