Greater Is Coming (Pt.12) You Are Being Processed For Your Purpose 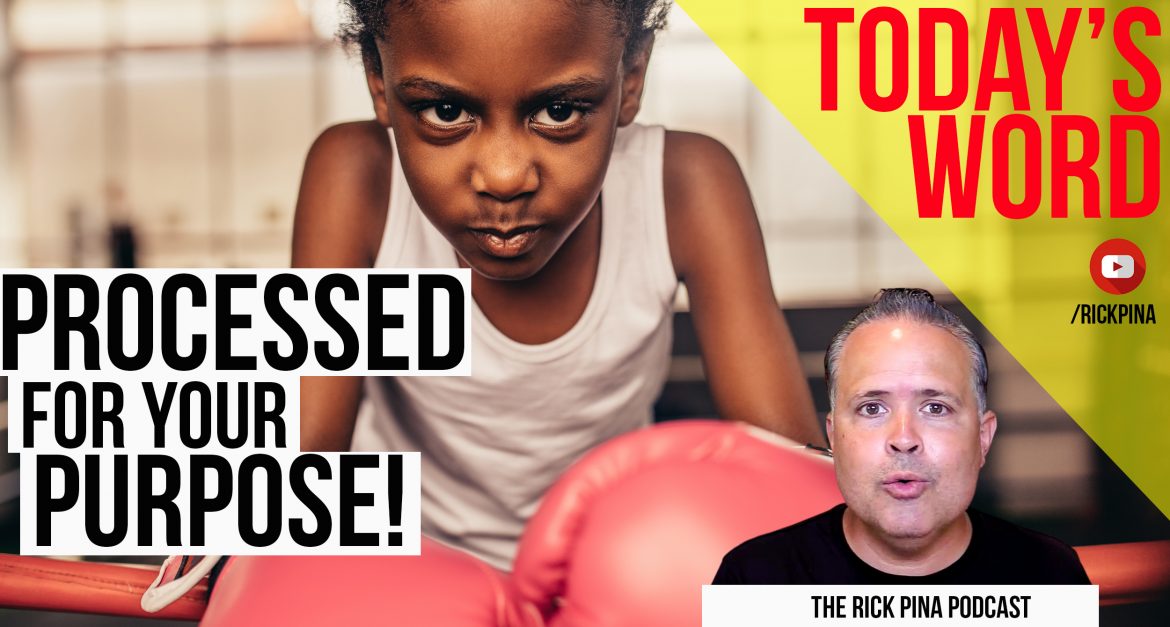 Today I will continue with “Faith and Patience Volume 5 – Greater is Coming!”  We are studying the life of David.  We will stick with the same passage as yesterday.  I have more to cover here.  Let’s get into it.

While all the trained soldiers were paralyzed in fear at the sight of the giant, David said to King Saul, “Master, don’t give up hope. I’m ready to go and fight this uncircumcised Philistine.”  Saul replied, “You can’t go and fight this Philistine. You’re too young and inexperienced—and he’s been at this fighting business since before you were born.”  I love it when someone tells a child of God they CAN’T do something.  This is a perfect setup for God to do, through you, what is unexpected of others.

David did not allow the King’s negativity to stop or rattle him.  He said to Saul: “I’ve been a shepherd, tending sheep for my father.  Whenever a lion or bear came and took a lamb from the flock, I’d go after it, knock it down, and rescue the lamb.  If it turned on me, I’d grab it by the throat, wring its neck, and kill it. Lion or bear, it made no difference—I killed it.  And I’ll do the same to this Philistine pig who is taunting the troops of God-Alive.  God, who delivered me from the teeth of the lion and the claws of the bear, will deliver me from this Philistine.”  This was enough to convince the king.  Saul said, “Go.  And the Lord be with you!”

1.  God is in the business of doing the unexpected through the least expected.

God could have picked a time-prepared and battle-tested warrior to fight Goliath.  Israel had an entire Army in formation.  I am sure there were many highly decorated Soldiers present who had the resume to fight the Philistine agitator.  But if God had used someone like that, then the emphasis would have been on how prepared the Soldier was to fight Goliath.  God chose David, a 17-year-old shepherd-boy that one within the ranks knew, but his brothers.  David went out there with nothing more than a slingshot and a few stones, and he did the seemingly impossible.

— When God uses someone is an uncommon and completely unexpected way, all the glory goes to Him!

— You never want to be in a position where you are taking God’s glory.  God gets the credit, always.  If you are quick to give God the glory, He will keep promoting you, exalting you, and using you in uncommon and supernatural ways.  I love this arrangement.  God gets the glory, and I get to enjoy the benefits.  That is just fine with me.

— I like to say that God is in the business of making holy garments from flawed material.  He does this, so people will know that it was God and not us.  Paul said, “We have this treasure from God, but we are only like clay jars that hold the treasure.  This is to show that the amazing power we have is from God, not from us.” (2 Cor 4:7).  We are the containers, but God is the content.  We may house the glory, but we cannot take any credit for God’s glory.  If you are okay with this arrangement, God can use you in mighty ways, and you will experience uncommon success.

2.  God will process you in private before He gives you a public platform.

— God can do anything through anyone.  He is not looking for ability.  He has all power.  He is looking for availability, which is why He takes the time to process us.  God works with us, often in private, to process us for our purpose.  He needs to get us to the point where we are seemingly “crazy enough” to attempt what others consider to be impossible.  That is what God did with David and He will do the same with you.

— Right after his encounter with Goliath David’s name would be known.  He went from obscurity to national hero overnight.  Crowds were calling out his name.  But God did not prepare David for the national spotlight on a national stage.  David had been preparing all his life, in the fields, on the plains, well before God gave him a platform.

— You must be faithful to God when NO ONE knows your name before God makes your name great.

— David honored God on the plains, tending sheep, well before he got a national platform, leading people from the palace.  This is how God works.

— God will process you in obscurity well before He gives you the spotlight.  Many people want the platform, but they don’t want to endure the processing.

— If you are not faithful over what God has given you in private, you cannot be trusted with public success.

3.  You must muster up the faith to attempt things that you cannot do without God.

— David was ready to attempt what no one believed he could do.  He was not doing so based on his strength.  David’s confidence was in the Lord his God!  We must live the same way.

— If you are not attempting things that far exceed your power, ability, and strength, you are not truly living by faith.

— When you live by faith, God will call you into realms that exceed your ability to perform.  He does this so He can operate through you.  God wants to get the glory from your life and living.  He gets the glory/credit when you attempt things that you clearly cannot do, and He performs them through you.  On these occasions, people can’t help but acknowledge the hand of God on your life.

— If you never attempt anything beyond your ability, you have made Jesus irrelevant.  David killed a lion and a bear with his bare hands.  He did this by the grace of God.  He was ready to fight and kill the giant.  Why?  Because his reliance was on God.  He was ready to do the impossible so that God could be glorified.  Are you?  If you are only going to attempt things that you can do, as a human, without any reliance on God, then Jesus has no relevance in your life.  God calls us to the supernatural so He can be relevant in, with, and through us!  So, in closing, I will ask you this question: Is Jesus relevant in your life?  Do you NEED Him to do what you are attempting in 2020 and beyond, or are you living your life within the boundaries of your own power?

Father, I live my life with an expectation of the supernatural.  I expect You to do what I cannot do IN, WITH and THROUGH me.  I expect Your power to flow through me in ways that can be seen by men.  I want to perform the impossible.  I want to flow in the supernatural.  I have this desire because I want you to be relevant in my daily living.  When people come in contact with me, I want them to encounter YOU!  And I declare that they will.  The supernatural is natural to me.  I enter this day expecting uncommon favor and divine success.  GREATER IS COMING FOR ME!  I declare this by faith. In Jesus’ name, Amen!

Greater Is Coming (Pt.11) You Will be Underestimated