Progress on Purpose: The Faith of the Virgin Mary 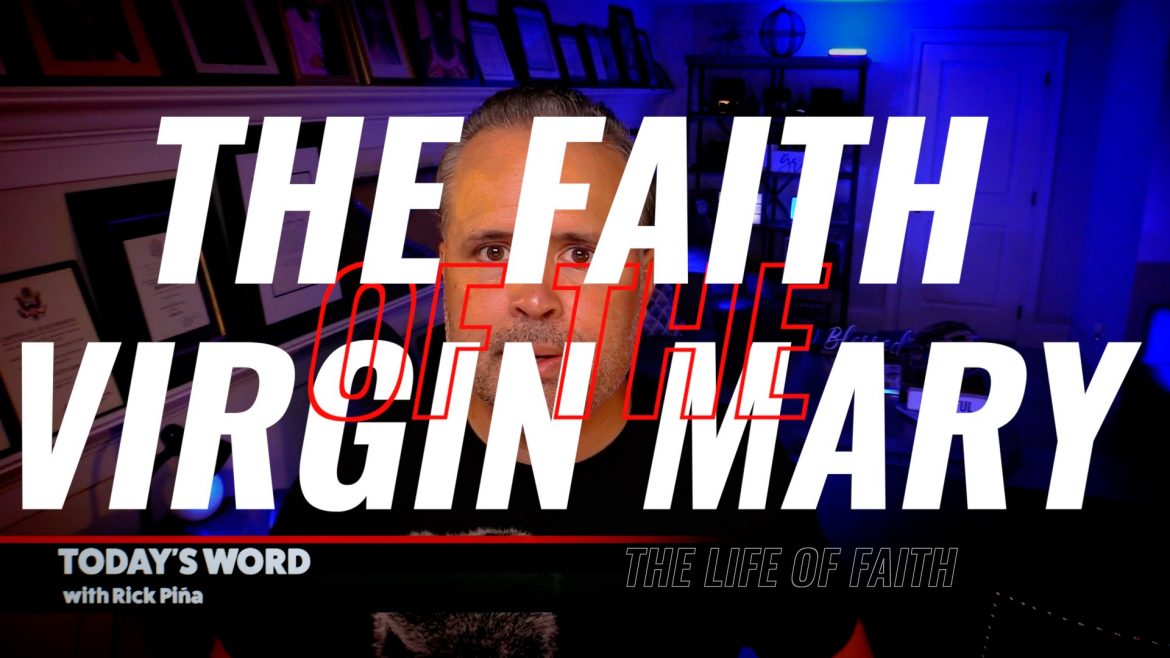 If you read Luke 1:26-36, you will see that an Angel came to Mary, he told her that she would become pregnant, that she would have a son, that his name would be Jesus, and that He would be the Son of God.  This was a lot to process, especially for a young girl who was a virgin and engaged to be married.  The angel who revealed all of this to Mary was Gabriel.  This same angel had revealed himself to the husband (Zechariah) of Mary’s cousin (Elizabeth) a few months earlier.

Like what Gabriel told Mary, the angel told Zechariah something seemingly impossible.  Zechariah and Elizabeth were both good people who pleased God.  The Bible says, “They did everything the Lord commanded, always following his instructions completely.”  But they had no children.  Elizabeth could not have children, and both of them were very old.  The angel told them that they would have a child and that his name would be John.  Months later, this same angel shows up to address Elizabeth’s cousin, and he, once again, announces the arrival of a supernatural child.  The miracle of the first child was that God enabled Zechariah and Elizabeth to get pregnant while they were past the child-bearing stage, and actually, Elizabeth could not have children, even when she was young.  The miracle of what God was saying to Mary required Mary to believe God to get pregnant, even though she had never slept with a man.

Mary asked the angel for clarification.  She could not wrap her mind around what God was saying to her through Gabriel.  Supernatural things are often hard to believe and receive.  This was certainly the case here.  To provide clarification, the Angel said, “The Holy Spirit will come to you, and the power of the Most High God will cover you. The baby will be holy and will be called the Son of God.”

The angel made it clear to Mary that no other human was going to be involved.  She was going to get pregnant, by God Himself, through the Holy Spirit.  To help Mary believe what God was saying, Gabriel gave her a point of reference.  See, things are easier to believe when you can make a connection between what God is saying to you and what God has already done in the life of someone else.  This connection is powerful when you can relate to the other person.  This is exactly what happened with Mary.  The angel said, “And here’s something else: Your relative Elizabeth is pregnant. She is very old, but she is going to have a son. Everyone thought she could not have a baby, but she has been pregnant now for six months.  God can do anything!”

Once Mary heard all of that, and she was able to make the connection between what God was saying to her and someone she could relate to, she was finally able to believe and receive what God said.  She said to Gabriel, “I am the Lord’s servant. Let this thing you have said happen to me!”  Another translation reads, “I am the Lord’s servant (or I am who You say I am).  But it unto me, according to your word!”  At that very moment, she became pregnant and the Angel went away.

1.  God has already spoken some things over your life.

a)  I have already taught you, from many scriptures, that God made plans for you before the world began.  What God does now is reveal TO us what He had already prepared FOR us.  When He does this, it is our job to SEE what God is saying (seeing it in the Spirit), believe it in our heart (no matter how crazy or impossible it seems), declare it with our lips (by faith, speaking what God has spoken over us), and then launch out into this world, ready to perform the corresponding actions required in order to experience an earthly manifestation of what God revealed.  This is the life of faith.

b)  For Mary, what God revealed was that she had been selected to be the mother of our Lord.  She did nothing to earn or deserve this assignment.  Remember, the things of God are offered to us by grace.  Grace is unearned, unmerited, and undeserved.  So Mary did not have to do anything to work for what God was saying.  Her job, like our job, was simply to believe it!

c)  For David, what God revealed was that he had been selected to be the next King of Israel.  He did nothing to earn or deserve this assignment.  His job was not to work for it.  God’s call comes by grace.  His job was to believe it!

d)  For Abraham, what God revealed was that God wanted to make his name great, to bless him, and to bless all the nations of the world through him.  Abraham at the time was Abram.  He was a 75-year-old man with a barren wife, living amongst idol worshippers.  But God chose him before he was born.  Once God revealed the call, Abraham had to believe it and receive it.  Next, he had to align his lips (his words) and his legs (his actions) with what God revealed.  This is the life of faith.

e)  Make no mistake, God made plans for you before the world began.  He has already spoken over you.  As He reveals those things to you, your job is to say what He has already said; to openly declare what God has already decreed over your life!  Part of living the life of faith is speaking the language of faith.  Faith speaks what God reveals, even when there is no sense-realm evidence to support it.  Even at the risk of looking foolish!

2.  God’s grace is contained in His Word.

a)  God speaks words to us that reveal His thoughts about us.  When He does, we must realize that His power is contained in His words.  Said another way, when you receive a Word from God, you must realize that, at the same time, you also received the power to DO what God’s Word commanded.  No Word from God is without the ability to perform it!  God will never instruct you to do something He has not already equipped you to do!

b)  What the angel said to Mary was a human impossibility.  As a human, this CANNOT happen.  But Mary was receiving A WORD FROM GOD that it could happen.  The Word was calling her into the supernatural.  The Word was requiring her to SEE THE INVISIBLE and BELIEVE THE IMPOSSIBLE!  Here is the key: the WORD CAME WITH THE POWER TO PERFORM IT!  Once again, No Word from God is without the ability to perform it!

c)  At first, Mary did not understand the Word.  Mary said to the angel, “How will this happen? I am still a virgin.”  She was saying, “This is impossible.”  But when the angel told her that her cousin, who was old, and who could not have children, was pregnant; and when the angel said, “God can do anything!”, Mary believed God!

When you get a WORD FROM GOD, you don’t have to DO it!  You just have to BELIEVE IT!

*** God calls you to do things you CANNOT DO!

*** God calls you to do things ONLY HE CAN DO through you!

When Mary said, “Okay, be it unto me, according to what You have said!”  As crazy as it sounds, a virgin got pregnant!  Why?  Because God spoke this over her life before she was born and she had the faith to SPEAK what God had SPOKEN!

I am just laying the foundation today for this week.  I will make a connection between Mary and Elizabeth and how important it is to surround yourself with people of like precious faith.  I will close out today’s message with a question: Do you have the audacity to OPENLY DECLARE what God has DECREED over your life?  Even when it does not make sense?  Even when it is bigger than anything you have ever imagined?  Even when it seems impossible?

*** Say what God said and you will SEE what God SAID in your life!

Father, I am a believer and not a doubter.  I walk by faith and not by fear. You made plans for me before the world began.  I was not aware of those plans. Your Spirit, who lives in me, reveals TO me what was prepared FOR me but concealed FROM me.  As He does, I believe it and receive it. And then, like Paul said, I believe, therefore I speak. I align my LIPS and my LEGS with what You revealed!  My LIPS declare what You reveal, and my LEGS pursue it by faith.  I then surround myself with people who will help me maintain my faith until I see what You said—this is why I LEVEL UP my relationships in 2021.  GREATER IS COMING FOR ME!  I declare this by faith!  In Jesus’ name.  Amen.

Progress on Purpose: Surround Yourself with Positive People

Progress on Purpose: How To Process God’s Promises