Greater Is Coming (Pt.34) Every Attack Against You Shall Fail! 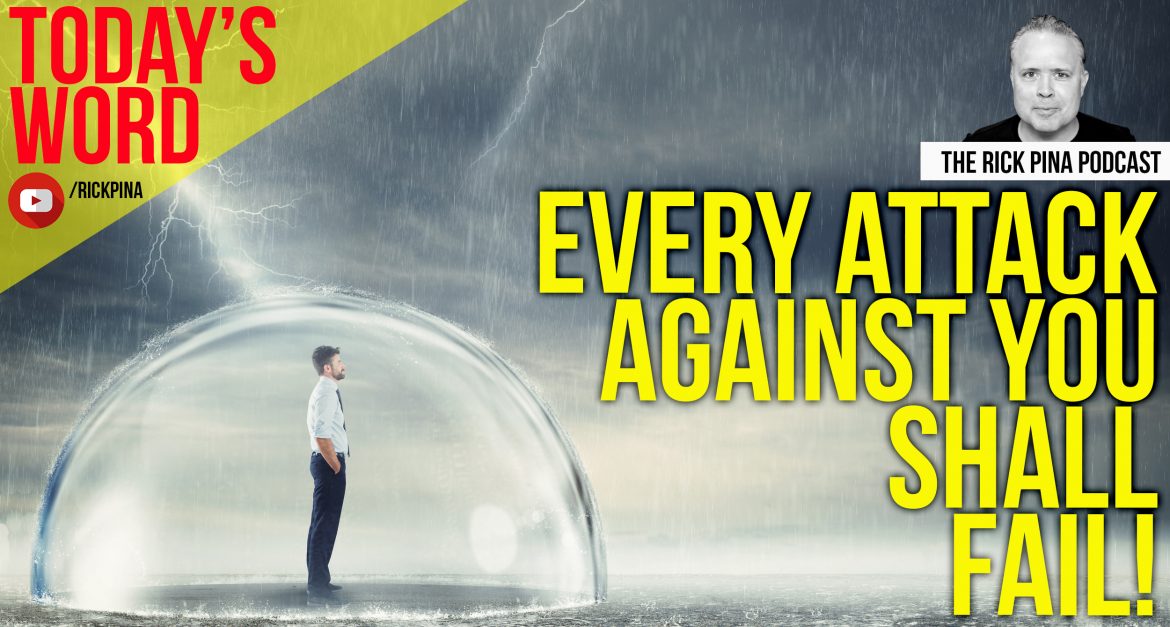 Today I will continue with “Faith and Patience Volume 5 – Greater is Coming!”  In our last message, we saw that Saul kept sending David out on combat missions, hoping that he would be killed-in-action.  The plan backfired.  As David led soldiers successfully in combat mission after mission, he became even more popular with the people.  Saul then said to David, “I am ready to give you my older daughter, Merab, as your wife.  But first, you must prove yourself to be a real warrior by fighting the Lord’s battles.”  This was both strange and wrong.  Back in 1 Sam 17:25, the Bible makes it clear that Saul had offered his daughter to whoever killed Goliath.  David did that.  David should not have had to work for Merab’s hand in marriage.  Nor did he have to prove himself in combat.  David had killed the tallest, meanest, most terrifying man Saul had ever seen.  Further, he had already led soldiers on multiple successful combat missions.  Telling David that he had to “prove himself” was ridiculous.

Saul had ulterior motives.  He was calculating, conniving, and underhanded.  The amazing part is that David remained faithful to God and to Saul, despite Saul’s shadiness.  David was so humble that he said, “Who am I, and what is my family in Israel that I should be the king’s son-in-law?  My father’s family is nothing!”  In the end, it did not matter, because Saul reneged on his offer and gave his daughter to Merab to Adriel the Meholathite in marriage.

Meanwhile, Saul’s daughter Michal fell in love with David.  When Saul found out, he was not happy, but he saw it as another opportunity to have David killed.  The Bible says he thought, “Ah, a second chance.  I’ll use Michal as bait to get David out where the Philistines will make short work of him.”  Wow.  How shady do you have to be to use your own daughter as “bait”?

Saul said to David, “You’re going to be my son-in-law.”  David did not accept the offer at first.  So Saul said to his servants, “Get David off by himself and tell him, ‘The king is very taken with you, and everyone at court loves you.  Go ahead, marry his daughter and become the king’s son-in-law!’”  But David was so humble that he could not see himself marrying royalty.  He said, “I can’t. I’m a nobody; I have nothing to offer.”  The servants went back to the king and relayed David’s message.  Saul said, “Go tell David this: “The king isn’t expecting any money from you; only this: Go kill a hundred Philistines and bring evidence of your vengeance on the king’s behalf. Avenge the king on his enemies.”  Once again, Saul expected David to be killed in action.

This time David was happy.  He did not have a lot of money, but he could surely lead men in combat.  David and his men killed a hundred Philistines, brought the evidence back in a sack, and displayed it the king—mission accomplished!  Saul had no choice this time but to give his daughter to David in marriage.

1.  If the devil knew any better, he would leave you alone.

— In the New Testament (see 1 Cor 2), the Bible tells us that if the princes of this world had known what they were doing, they would have NEVER crucified the Lord of glory!  When Jesus was going to the cross, they thought they were winning.  But when the FIRST drop of Jesus’ blood hit the ground, it sealed satan’s fate!  That’s how it is with us!

— Saul attacked David over and over again.  He came up with scheme after scheme.  But it did not matter.  Everything Saul planned for evil, God turned around for David’s good!

— God routinely causes satan’s attacks to backfire on him.  If the enemy knew any better, he would leave you alone.  The more satan influenced Saul to attack David, the more David experienced advancement, acceleration, promotion, and increase.  The same will be true for you.  The more satan attacks you, the more blessed you will be, just as long as you don’t quit in the process.  Remember, the ONLY way you can lose is if you quit!

2.  Vengeance and recompense belong to the Lord.

— One of the things I don’t bother myself with is trying to get back at people for their attacks against me.  I know that in the end, God will ensure two things: 1) the attacks won’t harm me, and 2) they reap whatever they have sown.

— In the New Testament, Paul quoted Leviticus when he said, “Dear friends, never take revenge. Leave that to the righteous anger of God.  For the Scriptures say, “I will take revenge; I will pay them back,” says the LORD.” (Rom 12:19, Lev 19:18).

— David could have easily gotten tired of Saul and fought against him, but David knew the Lord would see to it that Saul got what was coming to him.  Don’t try to get people back for the wrong they do to you.  The Lord will do a better job than you ever could.

— Saul eventually received a negative harvest on the seeds he was sowing!  And David came out unscathed.  This is what we will experience, over and over, as we walk with God and enjoy His divine protection!

3.  Becoming the person God has called you to be requires divine patience.

— There is no such thing as an overnight success.  If there is, it will come after 20 or 30 years of walking with God.

— David knew he was anointed to be Saul’s replacement, but he also knew he had to exercise divine patience and endure senseless tactics from Saul, while he was waiting on God’s timing.

— I keep making this point, over and over, because of two reasons.  First, it is ministering to ME!  I need to hear it.  I am waiting for something that has taken years, and I have to keep encouraging myself not to give up.  Second, I know you need to hear it too.  The greater the promise, the longer the processing period!  Never forget that.

— If it comes quickly, it’s not that big.  Big things take time because God is preparing you for what He already prepared for you.

4.  Use what you have and don’t focus on what you don’t have.

— Two fish and five loaves seemed like nothing in the little boy’s hands, but in Jesus’ hands, that two-piece fish dinner fed over 5,000.

— What you have this morning may not look like much compared to what you are facing, but if you put it in God’s hands, He can take what you have (your seed) and use it to help you address your situation (your need).

— There is a seed for every need.  If what you have in your hands is not enough to address your issue, it is not a harvest.  It is a SEED.  Sow it.  Put it in God’s hands.  You will be amazed at what God can do with it!

5.  No one can stop you when you are walking out your divine purpose.

— Saul could not stop David.  Scheme after scheme, plot after plot, attack after attack, all of Saul’s tactics failed because the grace of God was on David.

— When you are operating under God’s grace for your life, the enemy cannot stop you because he cannot get through the hedge of protection God has around you.

— God has given His angels charge over you.  Rest in His protection.

— Knowing that you are protected by God should give you the boldness you need to walk in the highest level of your purpose.  This is exactly what it did for David when Saul asked him to go out and kill 100 men.  He was not afraid because he knew God was with him.  He killed the men married the King’s daughter.  What will you be able to accomplish when FEAR is no longer an issue for you?

— Remain focused.  Look past every problem and focus on God’s promises towards you.  Said another way: Don’t worry about “them!”  Keep going!  Your blessing is waiting for you on the other side of the challenge!

Father,  You will see to it that I reap a harvest on every seed sown.  You will also see to it that others reap harvests on the seeds they sow.  Therefore, I don’t have to seek revenge.  When people rise up against me, sowing bad seed, I know two things.  First, their attacks will fail, because Your hedge of protection keeps me from all harm.  Second, You will see to it that they reap a bad harvest from their bad seed.  So I don’t have to go after them.  Vengeance and recompense belong to You.  I declare that every plot, plan, design, tactic, scheme, and strategy the enemy devises against me is doomed to failure!  No curse, hex, vex or spell has any power over me.  I am covered by Your Blood, filled with Your Spirit, and protected by Your angels!  Therefore, GREATER IS COMING FOR ME!  I declare this by faith. In Jesus’ name, Amen!

Greater Is Coming (Pt.33) Our God Is Unstoppable!