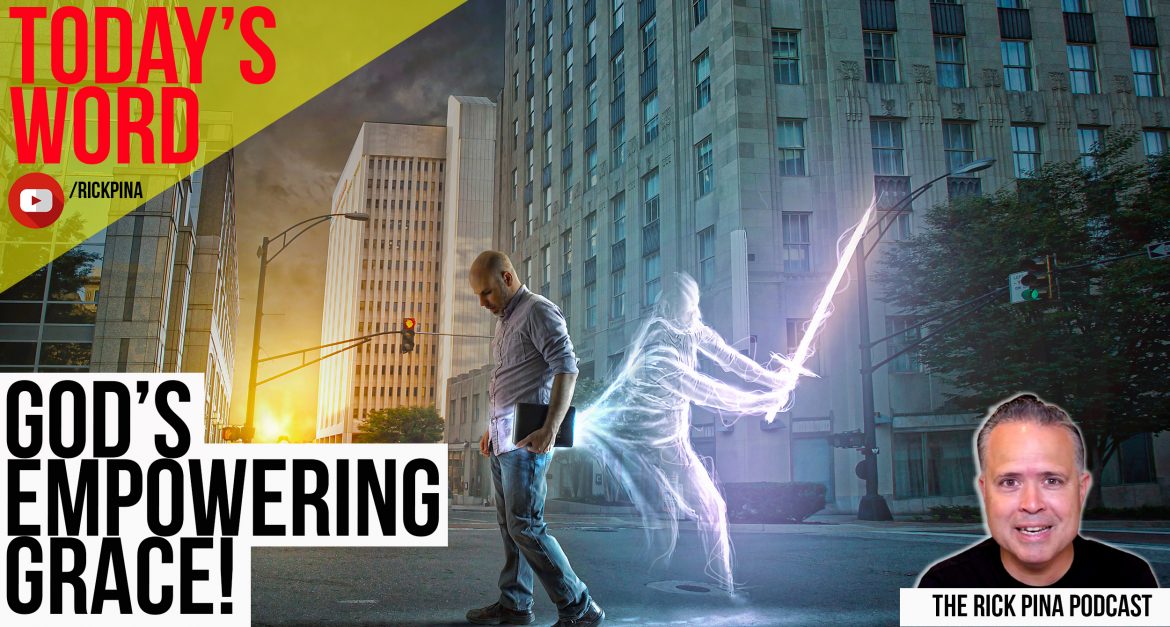 (1 Samuel 18:28-30 NLT)  When Saul realized that the LORD was with David and how much his daughter Michal loved him, Saul became even more afraid of him, and he remained David’s enemy for the rest of his life.  Every time the commanders of the Philistines attacked, David was more successful against them than all the rest of Saul’s officers.  So David’s name became very famous.

Today I will continue with “Faith and Patience Volume 5 – Greater is Coming!”  After everything David had been through in the months following his triumphant victory over the giant, I am sure his wedding day was special.  David married the King’s daughter, Michal, the second princess offered to him, but the first one he loved.  David and Michal were happily married, and madly in love, David’s brother-in-law Jonathan was his best friend in the world, David’s men were willing to follow him to the end’s of the earth, and the public could not get enough to David.  They loved everything he did.  If this happened today, David and Michal would be followed by paparazzi, David would be on the cover of every magazine, and we would watch David tell his story on a special one-on-one session with Oprah.  The promo would read: “An unknown eighth son from Bethlehem has taken Israel by storm.  He sits down with Oprah tonight, at 8pm.”  You would say David’s life was amazing from the outside looking in, and it was, but from within the palace gates, something else brewing.  Saul’s resentment towards David was growing day by day.

Our text says, “Saul became even more afraid of him, and he remained David’s enemy for the rest of his life.”  Another translation says, “Saul’s fear of David increased and settled into hate.  Saul hated David.”

David experienced supernatural victory after supernatural victory, but the man who was supposed to have the most power in the entire kingdom, a man David had done nothing wrong to, hated him.  The flip side is that Saul, who arguably had the most earthly power, could do nothing to stop David.  The more the Philistines attacked, and the more David went out to fight, the more David was able to outshine everyone, including Saul.  Our text says that David’s name “became very famous.”

How did this happen?  How did a nobody from nowhere become so famous that he was outshining the king?  How did a kid from a lowly family come into the palace and win over the King’s kids?  How did a teenager who had never served a day in the Army become the Commanding General on the cover of Israel’s Time magazine?  I’ll tell you how: GRACE!  While David had something to do with it, David could not take all the credit.  This was God’s handiwork.  The hand of God was evident on David, and he was experiencing overwhelming, immeasurable, and undeserved grace.  Guess what?  This same immeasurable and empowering grace is available to you.

1.  You will never open your heart to the fulness of God’s grace if you don’t ever dream God-sized dreams.

— Unless you dream on God’s level, you will never see a need for His involvement in your life.

— This series is about have the faith to believe and the patience to endure, but you don’t require faith or patience to be mediocre.  If you want to be average, you don’t need God.  You can do “average” all by yourself.

— I get up in the morning to speak to people who are on a mission.  This mission is to FIND, FOLLOW, and FINISH God’s purpose for their lives BEFORE THEY DIE!  That’s it.  It’s that simple.  The people I am speaking to are undeterred by setbacks, challenges, issues, problems, obstacles, or complications.  These people know life is not going to be easy.  They know that satan gets a vote.  They know the devil is going to do all he can to get you frustrated and disillusioned.  This is why we get up every morning, dust ourselves off, remind ourselves that yesterday (whether it was good or bad) ended last night, and we get ready to make the most of THIS DAY!  This is how David lived.  This is how he was able to thrive in the face of Saul’s attacks.

— Life is not a cakewalk.  God never promised it would be easy.  But this is why He has given us His grace.  With His empowering grace, there is nothing we can’t do.  So don’t complain about challenges or supposed delays.  Remind yourself that God is still God, that His promises are still valid, that His grace is still on your life, and that you are still breathing, so God is still working.  Greater is coming for you!

— By the time David got to the palace, he was doing what he was born to do.  David did not know it, but all his life, the Lord was preparing him for his assignment.  Once he started walking in it, supernatural grace empowered him to experience divine success.  The same will happen for you once you start walking in your God-given purpose.

— When you start living as the person you were born to be, nothing and no one can stop you.  God’s grace will empower you to accomplish what He planned for you before the world began.

— When you realize that it is God who lives in you (John 14:10), giving you the words and performing the work, you see life through a different perspective.  It’s like God issued you divine contact lenses, and you get to see life through His eyes.  And believe me, when you look at life through His eyes, all you see victory, despite all the challenges you will have to face on the road to the realization of your purpose.

3.  Prosperity will not come without opposition.

— When people hear the word “prosperity,” many immediately think of money.  While that is not necessarily incorrect, it is incomplete.  Divine prosperity is not limited to resources.  It’s about supernatural success.  The Lord wants us to succeed in life.  But God’s desire for divine success does not exonerate us from opposition and challenges.  Make no mistake; if you want to be great, you will be challenged by the enemy and tested by God.

— The enemy is not going to sit around and watch as you become the man/woman God called you to be, doing what you were born to do.  Satan will attack you because he is attacking your purpose.  The greater the assignment from God, the greater the attack from satan.  The good news is that satan has no power over God.  Therefore, he has no power over you.

— Come what may, if you remain submitted to God and reliant on His grace, not attack from the enemy will ever be able to stop you.  He may hurt you from time to time.  You will experience pain.  Life is not easy.  But if you keep going by God’s grace, you will ultimately receive what God promised.

— No matter how much opposition comes, if God is for you, He is more than the entire world against you.  His grace is unstoppable.

— King Saul was supposedly the most powerful man in the land, and he could not stop a teenager who had the grace of God on him.  When you are operating in and under God’s grace, the enemy cannot stop was God has started.  This is why I keep reminding you that GREATER IS COMING FOR YOU!

Father, I declare by faith that I find, follow, and finish Your purpose for my life before I die.  As I pursue Your purpose, I tap into Your immeasurable grace.  Your grace flows freely to me, because I am doing what You destined me to do.  Since I am fulfilling Your purpose, You are well pleased with me.  You bless me, richly.  I know I will face opposition on the road to Your desired destination.  I know it will not always be easy.  I know I will have to overcome challenge after challenge and obstacle after obstacle.  But I also know that Your grace is unstoppable.  The enemy cannot stop what You have started in my life!  I look unto You as not just the author, but also the finisher of my faith.  You always finish what You start, and what You have started in me is unstoppable!  GREATER IS COMING FOR ME!  I declare this by faith. In Jesus’ name, Amen!

Greater Is Coming (Pt.34) Every Attack Against You Shall Fail!