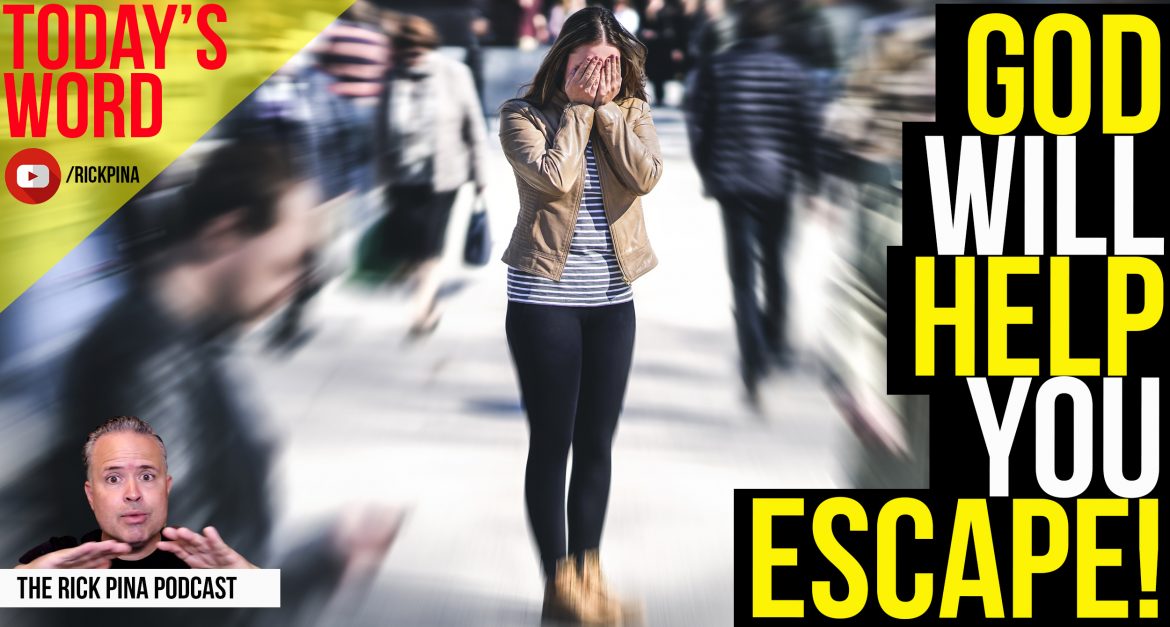 Today I will continue with “Faith and Patience Volume 5 – Greater is Coming!”  We saw how the Lord encouraged David just when he needed it in yesterday’s message.  In today’s passage, we will see God move supernaturally again on David’s behalf.

While Saul was looking for David, a group of men from Ziph visited the King in Gibeah and betrayed David to him.  They said, “We know where David is hiding.  He is in the strongholds of Horesh on the hill of Hakilah, which is in the southern part of Jeshimon.  Come down whenever you’re ready, O King, and we will catch him and hand him over to you!”  The men were right.  David was right where they said he was.  Saul got excited at the possibility of finally catching and killing David.  But Saul’s reaction is somewhat sad.  Saul said, “The LORD bless you.”  Saul was not walking with the Lord, he was no longer in God’s will, he was not hearing from God, and he was actually fighting against God, but here he is using religious jargon.  This is no different than someone who says, “God bless you” to others, but who does not have a relationship with God, who could not find God if he/she were locked up with God in a room.  The point is that religious words are not an indication of a person’s heart.  In the New Testament, Jesus talked about people who seemingly honor God with their lips, but their hearts are far from God (Matthew 15:8).

Saul told the men, “Go and check again to be sure of where he is staying and who has seen him there, for I know that he is very crafty.  Discover his hiding places, and come back when you are sure.  Then I’ll go with you.  And if he is in the area at all, I’ll track him down, even if I have to search every hiding place in Judah!”

This was like a scene from a good Western movie.  David and his men were on one side of the mountain and Saul and his army on the other.  Saul had more men, more weapons, and access to reserves.  David was in a bad place and as Saul and his men began to close in on David and his men, it seemed like all hope was gone.  BUT WAIT!  Just as Saul was about to make his move, an urgent message reached Saul that the Philistines were raiding Israel again.  Saul was frustrated.  The man he wanted was right in front of him, but the people he was supposed to protect were behind him in trouble.  So Saul did the right thing and quit chasing David in order to fight the Philistines.  This was clearly God in operation and ever since that day, the place where David was camped has been called “Sela Hammahlekoth,” which is translated, “The Rock of Escape.”

So what does this mean for you today?  A few quick things:

1.  There are times when a situation gets so bad that you think it’s over.  You think you are lost.  You think you have failed.  You have done all you know how to do.  You are at the point that is God does not intervene, failure is inevitable.  But it’s not over until the Lord says it’s over.  One move from God on the chessboard of your life can turn any seemingly hopeless situations around!

2.  When it looks like all hope is gone, God can still make a way.  No situation is too hard for God.  Reminding yourself of this should give you hope!

3.  Many believers quit fart too soon.  Whenever Isabella is at the point of accepting failure or defeat in something, I ask her, “What did God say?”  She does the same thing for me.  This simple question keeps our perspective aligned with God and His will.  If God wants it to happen, it does not matter how bad the situation gets, He can turn it around with one word!  Saul thought he finally had David cornered, but one move from God and Saul had to turn around.  That’s what God can do for you!

4.  We serve a God who will keep your enemies from succeeding against you.  God can thwart every plot, plan, ploy, scheme, scam, trick, hex, vex, and spell against you.  If God is for you, He is more then the entire world against you.  Remind yourself of that, the next time in you are in a bind.

5.  Don’t easily forget what God has done for you.  The place is still called “The Rock of Escape” to remind people what God did for David.  The point is that if He did it for David, He can do it for you!

6.  To keep yourself going, you should routinely look back and say, “Thank you.”  Then look forward and say, “I’m ready, Lord!”  This simple exercise will help you add patience to your faith, so you can endure for the long haul!  Living this way, you will SEE what God SAID.  Greater is coming for you!

Father, I thank You for always being there for me.  Before the foundations of the world You destined me for a purpose.  I have found my purpose and I am pursuing it with all my might, by Your grace.  I am determined to complete my course and finish my assignment before I die.  I know the enemy will not idly sit by and watch my run my race with grace.  The devil will do all he can to derail me from my destiny.  But I also know that You are greater than satan.  While weapons will be formed against me, they shall not prosper.  Even when it looks like all human hope is gone, I am never hopeless, because I am never helpless.  You are always with me and Your presence gives me hope.  My confidence is in You and I know You can make a way, even when there is no human way possible.  Even when it looks like I am losing, it is only because the fight is not over.  I will never lose because I shall never quit.  I look back from time to time, long enough to remember what You have done for me, and my heart says THANK YOU!  And then, after looking back to say THANKS, I look forward and say I’M READY Father, to do all You have me to do, no matter the opposition that comes my way.  GREATER IS COMING FOR ME!  I declare this by faith. In Jesus’ name, Amen!

Greater Is Coming (Pt.42) Encouragement For Your Faith

Greater Is Coming (Pt.44) Be Gracious To Your Enemies

We Can Withstand and Overcome Anything (Part 51)...

We Can Withstand and Overcome Anything (Part 42)...

We Can Withstand and Overcome Anything (Part 38)...

We Can Withstand and Overcome Anything (Part 35)...

We Can Withstand and Overcome Anything (Part 11)...