Greater Is Coming (Pt.42) Encouragement For Your Faith 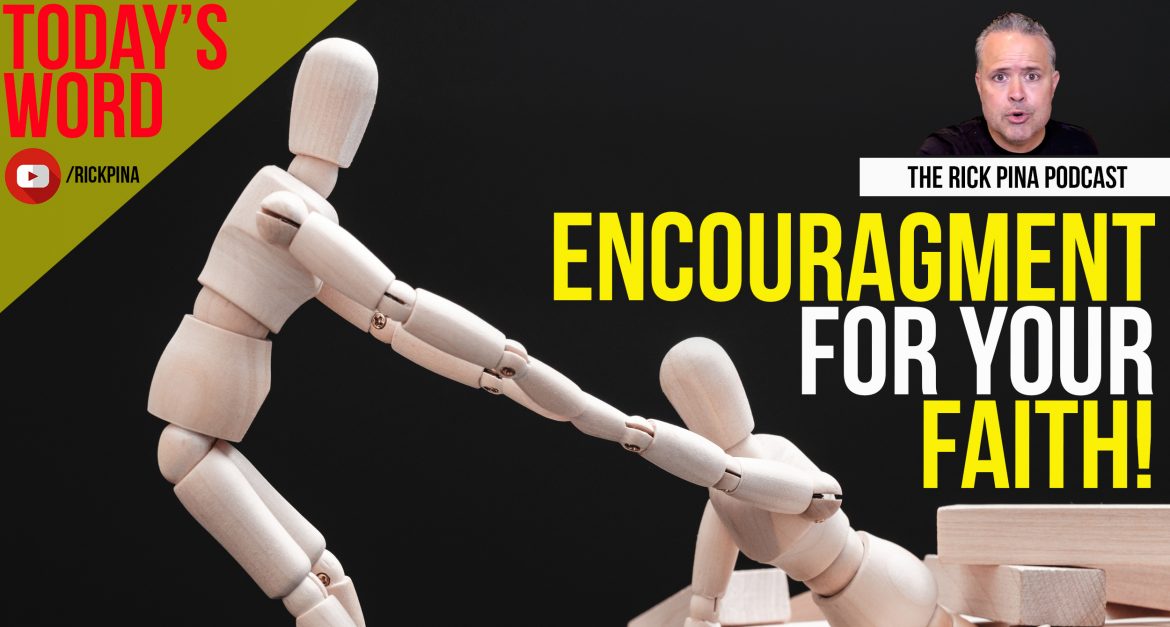 Today I will continue with “Faith and Patience Volume 5 – Greater is Coming!”  Yesterday we saw how David he was still on the run from Saul, roaming the countryside with his 600 men, and God saw to it that Saul could not find him.  One day near Horesh, David received word that Saul was on the way to Ziph to search for him, with a desire to kill him.  The Bible says, “Jonathan went to find David and encouraged him to stay strong in his faith in God.”  By visiting David, Jonathan was risking his life, but he thought it important enough to encourage his friend that he would risk personal injury to do it.

I don’t know how it happened, but somehow Jonathan knew what the Lord had prophesied over David.  Although he was born as a prince, with a birthright to the throne, he knew the Lord selected David to be his father’s successor, and amazingly enough, he was okay with it.  Jonathan found David and said, “Don’t be afraid, my father will never find you!  You are going to be the King of Israel, and I will be next to you, as my father, Saul, is well aware.”

The Bible does not say what David’s mental, psychological, or spiritual state was at the time, but I am sure David appreciated what Jonathan had to say.  We all need encouragement from time to time.  We all enjoy a little reassurance that God will do what He said He would do, and that what we are planning is going to turn out the way we expect.  After David received the encouragement from his friend, the two of them renewed their solemn pact before the LORD.  David and Jonathan did not just have a friendship, but they had a covenant relationship between themselves and God, to be there for one another.  Having renewed their vow, Jonathan returned home, and David stayed at Horesh.

1.  God will provide you people of like-precious-faith.

— When you are around the right people, you will hear the right things.

— When you are connected to people who believe God like you believe God, they will encourage you to remain in faith, no matter how long it takes.

— If you surround yourself with the wrong people, people who have no faith, they will encourage you to give up on what God said, especially when it is taking a long time.  These people are dream killers, and you should stay away from them!

— When you have the right people around you, they will encourage you, even if it costs them something.  Jonathan was born an heir to the throne, but he knew God called David to take his place.  Jonathan loved God and David enough to support David and the effort to make him King, even if it costs him the throne.  That is what it looks like to have the right people around you!

2.  You must remind yourself to keep your faith in God!

— By keeping your faith in God, you tell Him that you trust Him to complete what He started in your life, even when you make mistakes along the way.  You see God as both the author and the finisher of your faith!  That’s faith that is rooted and grounded in God’s grace.

3.  God has a way of sending people to you, to encourage you, right when you need it.

— The text does not tell us how frustrated David was with the situation, but God knew he needed encouragement, so he sent Jonathan to provide it.

— The Father knows when you need a smile, a hug, a kind word, or a shoulder to cry on.  He often sends people your way to encourage you at just the right times.

— God did this for David when he was all alone, in the cave.  And He did it again in our text, while David was living in the woods with his men.

4.  Don’t underestimate the power of a “word of confirmation.”

— David was believing God to make him the next King of Israel.  This was not something he came up within his heart.  This was no selfish desire.  This was birthed in the heart of God.  This was something God sent His prophet to declare over David.  David believed it, he received it in his heart, and he was willing to do whatever it took to see God do what He said.

— Remember, this series is about faith and patience.  David was living life on the run, hiding in the woods with his men, while he was waiting on God to do what He promised.  I know what it is like to have something that you are waiting for God to do, and I also know how easy it is to battle doubts while you wait.  The devil will inject thoughts in your mind like, “Did the Prophet really hear from God?  Maybe Samuel was wrong.  Maybe you are never going to be the King.”  Or, “Hey David, you were supposed to be the King, but you messed up.  You married the wrong daughter.  You should have never gotten on Saul’s bad side.  He is never going to make you King.”  And the list can go on.  While David was waiting, he had to battle thoughts of fear, doubt, and unbelief.  Which is why we need the patience to ENDURE every attack of the enemy and CONTINUE TO BELIEVE no matter what!

— One of the greatest forms of encouragement is a word of confirmation.  When God sends someone to you to speak to you about something you have not mentioned to them, maybe even something that only you and God know, having that external “witness” goes a long way.  This is what God did for David.  God sent Jonathan to say, “Don’t be afraid, my father will never find you!  You are going to be the King of Israel.”  For David to hear Jonathan say that, OUT LOUD, had to feel awesome.  When you receive a word of confirmation from an outside source, it reassures you in ways that few things can.

— I will be honest with you, waiting on God for the long haul (years or decades) is not easy.  Along the way, you will need encouragement.  Many times you will have to encourage yourself.  But when God sends someone to you, to CONFIRM what God has said, it is a true blessing, and it reinforces your faith!

You don’t have to run this race alone.  David had Jonathan, Moses had Aaron, Timothy had Paul, Paul had Barnabas, and while I may not know you, it is safe to say that God has given you divine connections through which He is helping you run your race.  Enjoy those relationships and foster them.  You need others and they need you.  There are no lone-rangers in Christ.  Get connected and stay connected!

Father, I live by faith, and my faith is rooted and grounded in grace.  I know You freely give me all things richly to enjoy, and everything I need to fulfill my Kingdom assignment is available to me.  By faith, I access Your grace and I receive Your best today and every day.  And Father, while my faith is in You and not in man, I do thank You for the divine relationships You have blessed me with.  You send people to me, to encourage me, at just the right times.  You know how to provide me a kind word, a smile, a hug, a warm shoulder, and a listening ear.  You even give me a word of confirmation when I need it the most!  You surround me with the people I need to fulfill my purpose, and they encourage me to KEEP GOING!  They inspire me to dream on Your level and they are not dream-killers.  With You inside of me and my faith-filled friends around me, I know GREATER IS COMING FOR ME!  I declare this by faith. In Jesus’ name, Amen!

Greater Is Coming (Pt.41) God Is Better To Us Than We Acknowledge!