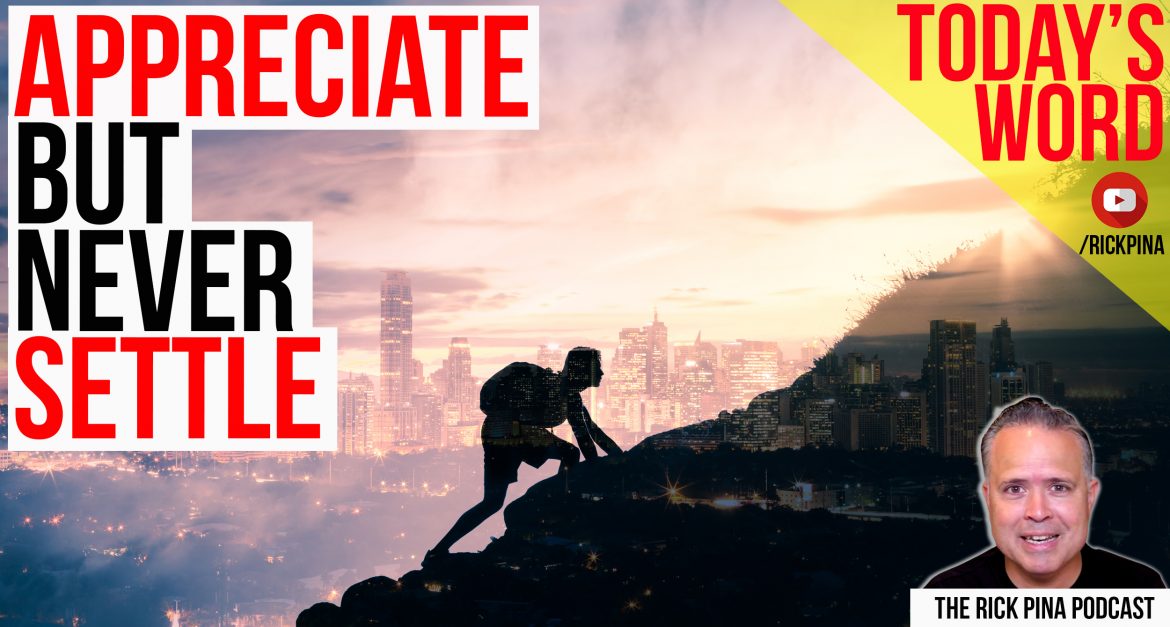 Today I will continue with “Faith and Patience Volume 5 – Greater is Coming!”  We have been studying the life of David.  I thought about this series over the weekend.  I meditated on it for a while.  I did so because I can connect with the need for faith and patience.  When I tell you that “Greater is Coming!” I am preaching to myself as well!

I have something God spoke to me many years ago that has not come to pass yet.  While I am waiting on God to do what He said He would do, I am very appreciative of everything He has done and is doing in/with/through my life along the way. Isabella and I are blessed.  I can say we are very blessed, without question.  But while I am thankful for God’s blessing, I refuse to lower my expectation.  I will never stop believing God for what He put in my heart.  I live with an expectation to see the manifestation of everything He promised, while I am on the earth, before I die!

I will connect what I am sharing right now with David (whom we are studying now), and Joseph (whom we studied in our previous series).  God promised Joseph that he would be a ruler and that his brothers and father would wind up under his authority.  God gave this promise to Joseph in a dream.  After Joseph received the dream and believed it, he went through all sorts of ups and downs.  He faced challenges and enjoyed blessing.  He experienced both because we all experience both in this thing called “life.”

During one stage of Joseph’s journey, he was running Potiphar’s house.  During this season he was a blessed man.  Joseph was in charge of everything in Potiphar’s home, except for Potiphar himself.  But no matter how blessed he was, he never settled.  He kept the dream alive in his heart.

Later, Joseph wound up in prison.  But God was still with him.  Because of God’s favor, Joseph ran the entire facility.  He was in charge of a federal institution.  He was a blessed prisoner.  While he was appreciative of God’s blessing and His favor, he did not settle.  He kept believing God for the dream to come to pas.

Later, Joseph was promoted from prisoner to Prime Minister in one day.  He wound up running the entire nation of Egypt.  He was second in command.  He was truly blessed.  But while he appreciated the blessing, he never settled.  He still kept the dream alive in this heart.  Joseph never settled for any less than God’s best.  He had God’s dream in his heart, but he kept believing God until he saw the manifestation of the dream in the earth.  This is how we are supposed to live.  This is what today’s message is about.  We must be appreciative, but we can never settle for any less than what God said.

Let’s bring this to David now.  David was anointed to be the King of Israel.  At the point in the story that I have covered thus far, David was promoted from servant to General in one day.  He was placed over the entire Israeli army as a teenager.  Within a few days, he went from shepherd-boy Commanding General.  While being a General was great, that is NOT what God said.  David had to appreciate the blessing, while NOT settling for any less than God’s best.  He had to continue to believe God.  It would take almost two decades for him to become the King of Israel.  Like Joseph, David experienced plenty of ups and downs in the 20 year span that he waited on God.  But no matter how high the HIGHS, David never settled.

That’s where I am right now.  While I am truly blessed and I appreciate it very much, I will never settle for any less than EVERYTHING God said to me!

God has made everything beautiful in its time. He also has planted eternity in men’s hearts and minds [a divinely implanted sense of a purpose working through the ages which nothing under the sun but God alone can satisfy], yet so that men cannot find out what God has done from the beginning to the end.

When God snatches something from the halls of eternity, from your future, and He implants it in your heart and mind, in time, you live your life in tireless pursuit of it.  And you will never be satisfied until you SEE what God SAID!  You should appreciate every level and stage, every time and season, but if you truly believe what God revealed, you will never settle.  You will continue to believe God, no matter how long it takes, knowing that God cannot lie.  In the fullness of time, you will have, in your hands, what you are holding dearly in your heart!

So what does this mean for you today?  I will share some thoughts under this theme: “You must be so confident in what God said that you are not moved by God’s silence.”

— God often makes His promises clear when He speaks them.  But just know that He may not speak to you about it again FOR YEARS, until He is ready to bring it to pass.

God spoke to Abraham when he was 75 years old.  13 years later, Abraham still did not have any children.  13 years is a long time.  He and his wife came up with a PLAN B.  Their impatience caused them lots of pain.  The world is still dealing with their mistake today.  They repented.  God’s promise was still valid.  12 years after their error, and after 25 long years, God gave them the baby He promised.

— Notice that while God did not speak to them about it between the promise and the performance, He still expected them to believe through the silence.

— That’s how it was with Joseph.  God gave Joseph a promise when he was a teenager.  God did not bring it to pass until over 20 years later.  Along the way, Joseph never stopped believing God, even though God did not speak to Him again about it.

— My message for you this morning is simple: Appreciate where you are.  Just never settle for any less than ALL of what God said!

— God’s promises are still true.  Every promise He has ever spoken over you SHALL come to pass, before you die, if you don’t give up on your faith.  I pray for you.  I pray that your faith fail not.  If you do not have a faith-failure, you will see what God said while you are in the land of the living.

— Along the way, appreciate, be thankful, express your gratitude to God, but NEVER SETTLE!  Never get complacent.  Never stop believing.  Continue to believe and declare what God SAID until you SEE what God said in this world; not just in your heart!

Father, I thank You for speaking to me clearly.  I thank You for implanting Your divine purpose, from eternity, in my heart and mind, in time.  I have this deeply implanted sense of purpose in my heart.  I can see what You have revealed.  I live my life in pursuit of it and I will not allow Your silence to deter me from it.  You have spoken.  So even if You don’t speak to me again about it, I shall not be moved.  I will never be satisfied until I can SEE, in my hands, what I already SEE, in my heart.  I appreciate every level and every stage.  I will never be ungrateful.  However, I will also never settle for anything less than ALL of what You promised.  This is why I keep saying that GREATER IS COMING FOR ME!  I declare this by faith. In Jesus’ name, Amen!