Greater Is Coming (Pt.57) ONE WORD From God! 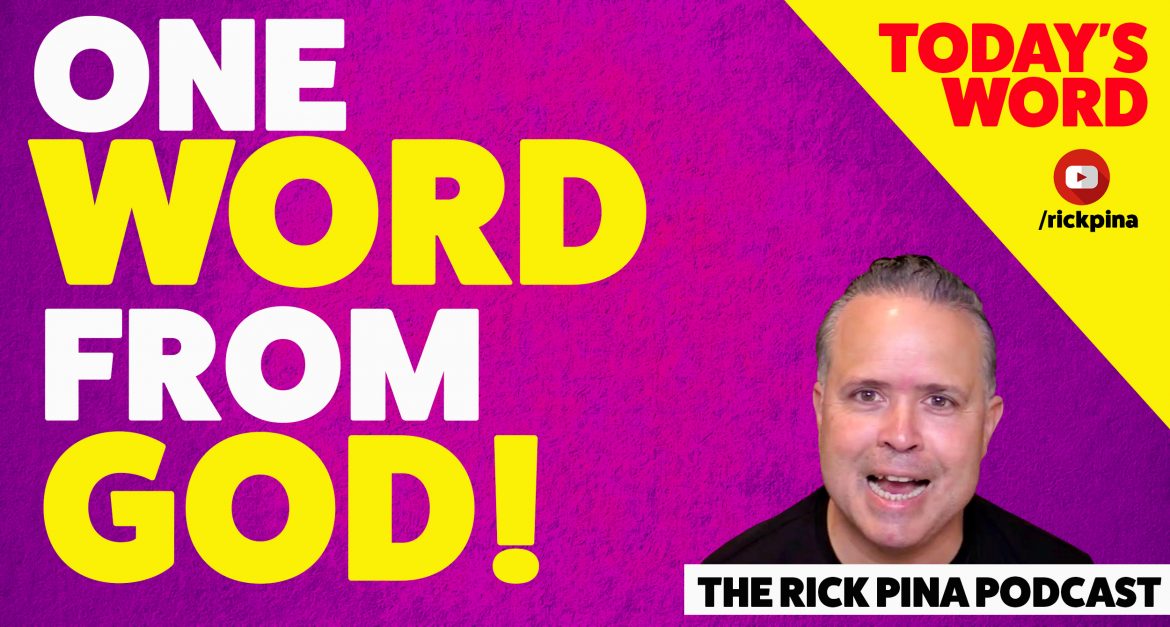 Today I will continue with “Faith and Patience Volume 5 – Greater is Coming!”  When we left off with David’s story yesterday, he was at a new all-time low.  His family was gone.  The families of his men were gone.  His village was burned to the ground.  Everything they had worked years for was either destroyed or stolen.  His ally denied him the opportunity to fight alongside the men of Philistine.  And his men — the same men who had been there for him through thick-and-thin — were speaking of stoning him.  All David had left was God, and the Bible says,  “David encouraged himself in the Lord his God.”

As we pick up the story today, David does something interesting.  It was customary for leaders in the Old Testament to consult with a prophet or priest when they needed to hear from God.  The prophet or priest would serve as the intermediary between the leader and God.  They would seek God for the leader, receive direction of insight from heaven, and then come back to the leader to tell him what God said.  David had a priest with him, Abiathar.  David did summon Abiathar, but not for what you might think.  David asked Abiathar to come to him, and when he did, David asked the priest to bring him his ephod.  The ephod was a priestly robe that was customarily worn while performing priestly duties.  David did not ask Abiathar to don the ephod in order to intercede with God for him.  No, David wanted to put on ephod himself!  David was at a low point, and he needed to hear from God directly.

David put on the ephod and inquired of the Lord.  While his town was burned to the ground, while his family and the family members of his men were gone, and while his men were speaking of stoning him, David made time to worship God in order to hear from God.  David knew that one Word from God could turn any seemingly hopeless situation around.  David asked the LORD two specific questions, “Should I chase after this band of raiders?  Will I catch them?”  David wanted to know what we all want to know from time to time: should I do it?  And, will I be successful?  The LORD responded, “Yes, go after them.  You will surely recover everything that was taken from you!”  And with that — with a Word from God — David got the courage to round up his men, to encourage them despite their feelings, and to take back what the enemy had stolen!

1.  The difference between persecution and self-inflicted pain.

— I have made this point already, but it is worth repeating.  David being out of position, left his family vulnerable to the enemy.  There is a certain level of divine protection that comes when you are aligned with God’s will.

— While there have been times when something bad happened to me, and it was not because of anything I did, there are also times when they happen, and the Lord makes it clear to me that I brought it upon myself.  In our text, David brought this upon himself.  He opened the door to the enemy when he started living a lie.  My point here is that there is a difference between suffering that you must endure because of your purpose; because you are simply living as the man/woman God called you to be.  That type of suffering is real, and none of us are exonerated from it.  There will be times when you face challenges SIMPLY because you are doing what God told you to do.  Now, on the other hand, there is a different type of suffering.  This is the suffering you brought upon yourself.  This is simply REAPING what you have SOWN.

— There is a difference between persecution (that you face because of your divine purpose) and self-inflicted pain (that you brought upon yourself because of foolish decisions).  If you are being persecuted because of your purpose, God will give you the grace to endure and overcome it.  Don’t change.  Don’t move.  Don’t quit!  Greater is coming.  However, if you are facing pain that you brought upon yourself, simply reaping a negative harvest on negative seed.  In this case, God will not tell you to remain steadfast.  He will lead you to REPENT!

— While David opened the door to the satan when he started living with his enemies, thankfully, God did not hold it against him.  God is so gracious that He will HELP YOU get OUT of a situation YOU MADE for yourself!  That is amazing grace!

— If you are facing challenges this morning simply because of who God called you to be, then don’t fret, God is ON you, IN you, WITH you, and FOR you!  The only way you can lose is if you quit.  However, if you are facing challenges because you have been disobedient to God and living outside of His will, then simply REPENT.  God loves you so much that He will help you GET OUT of a situation YOU STARTED!  That’s good news!

2.  It is important to be able to hear from God for yourself.

— David appreciated priests and prophets, but when his back was against the wall, he needed to hear from God for himself.  The same should be true for you.

— You should appreciate your Pastor(s) and the five-fold ministry gifts in the Body of Christ, but when the pressure is on, you must be able to hear from God directly.

— David asked his priest for the ephod, he put it on himself, he asked God what to do, and God answered him.  That’s the type of relationship you need.  You must be able to go to God without an intermediary when you need a WORD!

— I was raised in a church where most of my family members relied on the priest for everything.  We did not read the Bible for ourselves.  We did not know any scripture.  We did not even know how to go to God directly.  When we needed something from God, we had to go ask the priest.  This is not the setup we have in the New Testament.  Under the New Covenant, Jesus is our ONLY intermediary.  He is our High Priest.  We can do to Him, and He gives us access to the Father.  We get to speak to the Father, in the name of the Son, empowered by the Holy Spirit.  Please don’t be a New Testament believer who is still living under the Old Covenant.

3.  ONE WORD from God can turn any seemingly hopeless situation around.

— All you need is a Word.  Even before the external circumstances change, if you get a Word from God, you will be changed on the inside!

— In the creation account, God said, “Let there be light” on the first day.  When He said it, there was light.  God did not create the sun until Day 4.  My point here is that there was LIGHT without a sun for three days, simply because God said it.  This is what I call “the light of the Word!”  As soon as God spoke to David, he received the LIGHT of what God said.  It changed him on the inside.  He was encouraged.  He was emboldened.  He was inspired.  He was able to convince his men to go TAKE BACK what the enemy had stolen.  Why?  Because he got a WORD from God!

— God will give you the PROMISE before He gives you the PERFORMANCE.  And He expects you to BELIEVE the promise so much that your belief will keep you until God does it.  You can live on the LIGHT of what God said until manifestation comes.  This is faith and patience!  This is how we are supposed to live.  This is how we know GREATER IS COMING!

Father, I thank You for blessing me to be able to hear from You.  You said in Your Word that Your sheep hear Your voice and the voice of a stranger, they will not follow.  I am Your sheep.  You are my Good Shepherd.  I submit unto You every day in every way.  I look unto You for guidance in all things.  Your written Word is the ruler by which I judge every decision, and Your Holy Spirit is my guide.  I am filled with Your Spirit.  I have ears to hear what You are saying to me daily.  I seek Your counsel for all my ways.  Like David, when the pressure is on, I know I need to hear from You.  One Word from You can turn any seemingly hopeless situation around.  So I look to You daily.  I receive insight, wisdom, revelation, knowledge, and understanding from You.  And once I know I have heard from You, I am empowered to face any challenge head-on.  When the enemy takes something from me, and You instruct me to pursue what was stolen, I know I have the grace to pursue and recover all.  I know GREATER IS COMING FOR ME!  I declare this by faith.  In Jesus’ name, Amen!

Greater Is Coming (Pt.56) Sometimes You Have to ENCOURAGE YOURSELF!