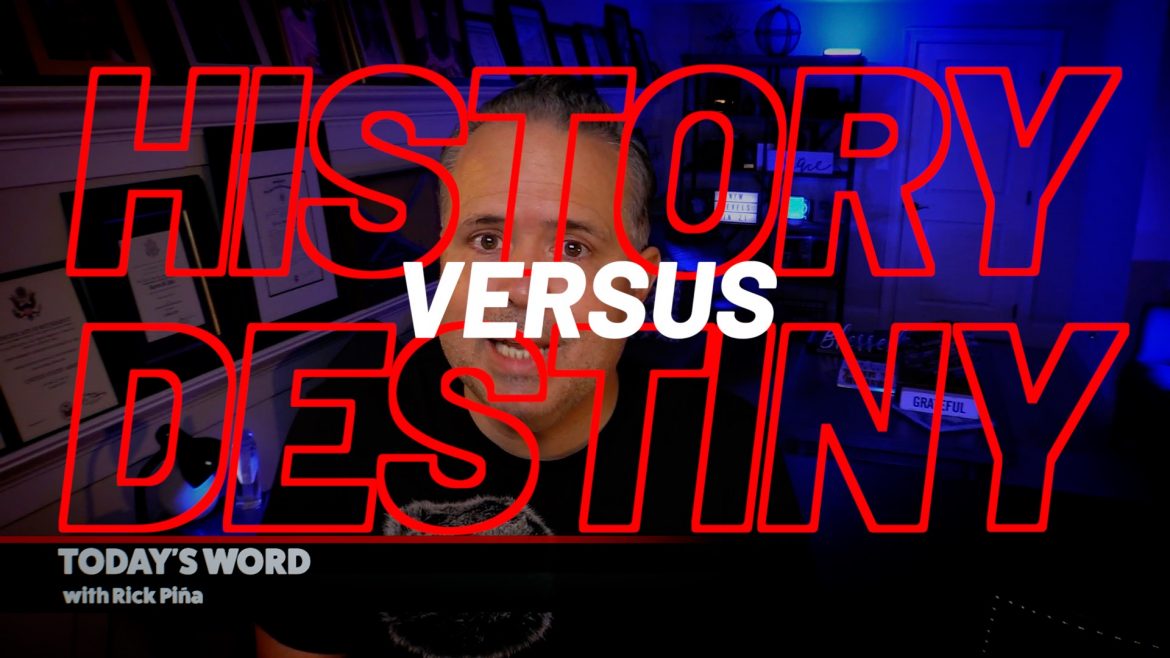 Note:  Before I get into the message, I want you to know that this will be the last message you receive from me for a week.  Next week is Spring Break for our children and we will go on a vacation.  I will be back on April 5th.  During the break, please visit my blog or YouTube channel.  Both have thousands of messages that will bless you.  Here are the links:

Some people today read, “Jesus of Nazareth” in the Bible and they don’t see anything wrong with it.  But believe me, it was not a compliment.  Nazareth was not a great city.  It was not even a good city.  Historians liken it to a modern-day ghetto.  It was so bad that when Jesus was forming His team, some of them almost missed out on joining the Messiah because He was from Nazareth.  Let’s read a small passage in John.

43 The next day Jesus decided to go to Galilee. He met Philip and said to him, “Follow me.”

44 Philip was from the town of Bethsaida, the same as Andrew and Peter.

45 Philip found Nathanael and told him, “We have found the man that Moses wrote about in the law. The prophets wrote about him too. He is Jesus, the son of Joseph. He is from Nazareth.”

46 But Nathanael said to Philip, “Nazareth! Can anything good come from Nazareth?”

Now that you know Nazareth was NOT a good place, now let’s get into the message.

1.  Pay attention to what people call you!

Let’s see some examples in scripture.

21 Jesus and his followers went to Capernaum. On the Sabbath day, Jesus went into the synagogue and taught the people.

22 They were amazed at his teaching. He did not teach like their teachers of the law. He taught like someone with authority.

23 While Jesus was in the synagogue, a man was there who had an evil spirit inside him. The man shouted,

24 “Jesus of Nazareth! What do you want with us? Did you come to destroy us? I know who you are—God’s Holy One!”

— The devil wanted Jesus to be identified with His past and not His calling!

— Matthew opens his gospel with a direct connection between Jesus and David.

— Matthew wants everyone to know, right upfront, that Jesus, the Son of David, was the Messiah.

— This is an acknowledgment of Jesus’ Deity!

46 Then they came to the town of Jericho. When Jesus left there with his followers, a large crowd was with them. A blind man named Bartimaeus (meaning “son of Timaeus”) was sitting by the road. He was always begging for money.

47 He heard that Jesus from Nazareth was walking by. So he began shouting, “Jesus, Son of David, please help me!”

— Bartimaeus, the son of Timeaus, was blind.

— He had to rely heavily on what others were saying around him.

— He heard of the miracle worker, so he built up his faith to receive his healing.

— When the miracle worker was getting close, nothing that the crowd called Jesus, “Jesus of Nazareth.”  But Bartimaeus wanted his healing.  Bartimaeus honored the anointing on Jesus’ life.  So Bartimaeus would never call Jesus that.

— Bartimaeus HEARD, “Jesus of Nazareth was walking by.”  But what He SAID was, “Jesus, Son of David, please help me!”

— As a result, Jesus healed Bartimaeus and He did not minister to those who called Him “Jesus of Nazareth.”

22 A Canaanite woman from that area came out and began shouting, “Lord, Son of David, please help me! My daughter has a demon inside her, and she is suffering very much.”

23 But Jesus did not answer her. So the followers came to him and said, “Tell her to go away. She keeps crying out and will not leave us alone.”

24 Jesus answered, “God sent me only to the lost people of Israel.”

25 Then the woman came over to Jesus and bowed before him. She said, “Lord, help me!”

26 He answered her with this saying: “It is not right to take the children’s bread and give it to the dogs.”

27 The woman said, “Yes, Lord, but even the dogs eat the pieces of food that fall from their master’s table.”

28 Then Jesus answered, “Woman, you have great faith! You will get what you asked for.” And right then the woman’s daughter was healed.

— This was a Syrophoenician woman.  She was a foreigner.

— At this point in Jesus’ ministry, He was called to the Jews.

— For the most part, Jesus did not minister to Gentiles.

— He came to fulfill the Law, and He knew the gospel would be taken to the Gentiles after His death, burial, resurrection, and ascension.

— So this woman was NOT His focus at the time.

— She acknowledged His deity.

— She honored the fact that He was the Messiah.

— Jesus did something He was not originally going to do and He healed her daughter.

— It was not this woman’s turn, but she got her breakthrough anyway because she HONORED the anointing on Jesus’ life!

— I hope this helps drive home the importance of HONOR!

2.  We are all currently in the space between our history and our destiny!

Here are some quick thoughts about this:

— The devil will always be fixated on your past and your flaws.  God is not holding your past or your flaws against you.

— Some people are so caught up in your history that they can’t see your destiny.  These people don’t honor you.  So acknowledge their lack of honor, and “keep stepping.”  Don’t get frustrated because people cannot see who you really are.  Jesus was standing right in front of the people He was called to, the Jews, and they rejected Him.  If they did it to Jesus, they will do it to you.

— Some people will never except where you are going, because of where you are from.  They will judge you by your skin color, socio-economic status, where you grew up, where you went to school, etc.  Love them.  Pray for them.  But never allow their opinion of you to cause you to doubt yourself.  Believe what God believes about you.

— While some may never accept who you are called to be, and who you are today, you must accept it, embrace it, and walk in the grace to continually become it!

— There were a few people who accepted and acknowledged the anointing on Jesus.  That’s how it will be with you.  You just need a few people in your camp.  If you surround yourself with the right few people, they will support you and you will not be moved or discouraged by the rejection of the crowd.

Father, I thank You for teaching me the importance of HONOR.  I learn to HONOR and embrace those You send to me, to bless me.  I also learn to HONOR and respect the anointing on my own life.  I am who You say I am.  I can do what You say I can do.  I will become the man/woman You called me to be.  I refuse to judge my future by my past.  You are in the business of making holy garments from flawed material.  You can use anyone and You will certainly use me!  I believe what You believe about me and I surround myself with those who can see my DESTINY and not get tripped up by my HISTORY!  Living this way, I LEVEL UP in 2021!  GREATER IS COMING FOR ME!  I declare this by faith, in Jesus’s name.  Amen!

Progress on Purpose: Friends Who Support You

We Can Withstand and Overcome Anything (Part 34)...

We Can Withstand and Overcome Anything (Part 32)...

We Can Withstand and Overcome Anything (Part 28)...

We Can Withstand and Overcome Anything (Part 26)...