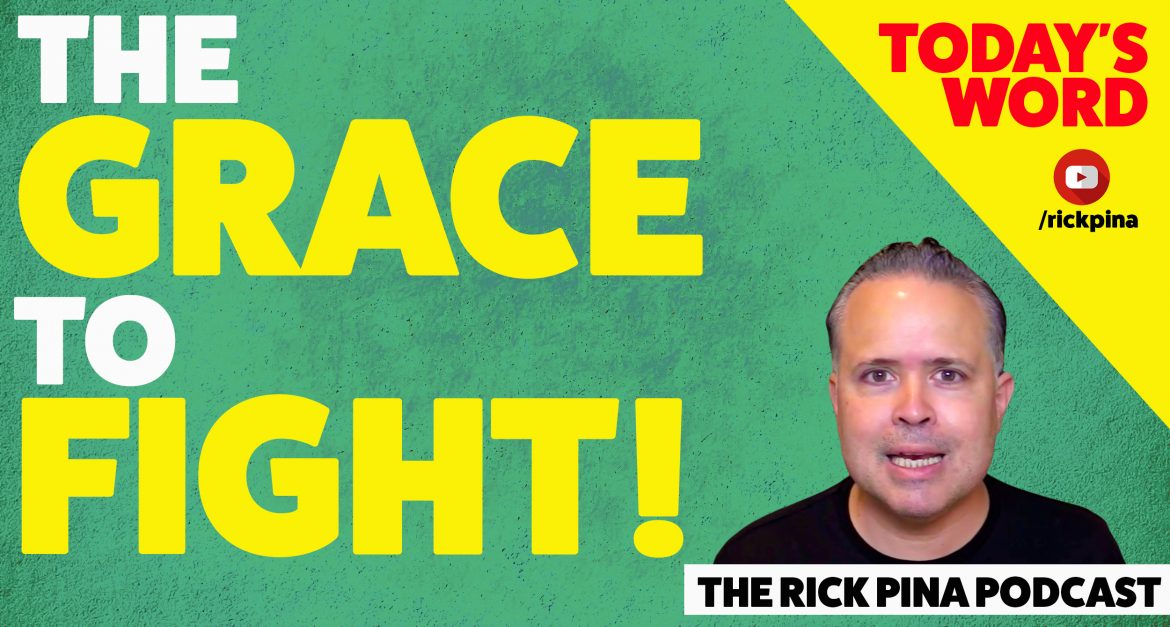 Today I will continue with “Faith and Patience Volume 5 – Greater is Coming!”  After hearing from God and with the confidence that God’s Word would come true (that they would recover all), David and his 600 men set out on their rescue-and-recover mission.  The men had been on an emotional roller coaster.  First, they walked three days to a fight there were not allowed to be part of.  Then they were sent home, only to find their families gone and their town burned to the ground.  Then they cried until they ran out of tears.  Then they felt anger towards David and wanted to stone him to death.  And finally, David got a WORD from God, the men believed it, and they had to get their expectations and courage up for the mission.  I bring this up because sometimes people think that walking with God is supposed to be easy.  God never promised it would be easy.  He just promised to be with us every step of the way!

All of the ups and downs took a toll on some of David’s men.  One-third of them (200 in all) were so exhausted by the time they got to the brook at Besor that they were too drained to make it across the water.  David was too focused to waste any time, so he continued the missions (C.M., as we say in the military), with 400 of his men.

‘It just so happened’ that as David and his men went along, not really sure how they were going to find the Amalekites, that they stumbled upon an Egyptian man stranded in a field.  I believe this was an act of God’s grace.  The group gave the man bread to eat and water to drink.  They also gave him part of a fig cake and two clusters of raisins, for he hadn’t had anything to eat or drink for three days.  After his strength returned David asked him, “To whom do you belong, and where do you come from?”  The man replied, “I am an Egyptian—the slave of an Amalekite.  My master abandoned me three days ago because I was sick.  We were on our way back from raiding the Kerethites in the Negev, the territory of Judah, and the land of Caleb, and we had just burned Ziklag.”  This was exactly what David needed.  David asked, “Will you lead me to this band of raiders?” David asked.  The young Egyptian replied, “If you take an oath in God’s name that you will not kill me or give me back to my master, then I will guide you to them.”  David agreed and the mission continued.

The young Egyptian led David and his men straight to the Amalekites.  When David caught up with the enemy, they were spread out across the fields, eating and drinking and dancing with joy because of the vast amount of plunder they had taken from the Philistines and the land of Judah.  It was evening, and David and his men had just finished a long journey, but David wasted no time.  David led his men, and they rushed into the enemy’s camp, fighting Amalekites all night and the entire next day until evening.  After the 24 hour battle, the only Amalekites who escaped were 400 young men who fled on camels.  David got back everything the Amalekites had taken, and he rescued his two wives.  The Bible says, “Nothing was missing: small or great, son or daughter, nor anything else that had been taken. David brought everything back.”

— God told David he would recover all and David recovered all, just like God said!  The same will happen for you!  If you believe, receive, and pursue every Word from God.

— God promised David that he would get back everything the enemy had stolen from him.  But David and his men still had to do their part.  They had just finished a 6-day journey with nothing to show for it.  When they saw their town burned to the ground and realized their families were gone, they cried until they ran out of tears.  But once they got a WORD from God, they had to believe it, receive it, and then GO DO IT!  They tracked the enemy down, and then, without taking any rest, they engaged in a 24-hour battle.  In the end, they got back EVERYTHING that was stolen.  But they surely had a hand in it.  God provided the grace, but THEY provided the “WANT TO!”

— You have a part in God’s provision.  He will give you insight from heaven, but God will also require you to DO THINGS on earth in order to see His will manifested!

— I believe sometimes people expect God to just hand them everything, as if all their blessings are going to fall out of heaven.  Victories in Christ are sweatless, but they are not effortless.  You are going to have to do your part.  There are times when you are going to have to fight the enemy to get out of the mess you got yourself into.  But don’t worry, God will give you the grace to fight… and win!

— Some people don’t have God’s best because they are too LAZY to get out there and DO what God is leading them to do.  If David and his men had remained in Ziklag, crying and licking their wounds, they would have never gotten their families and their stuff back!

— Many Christians say they are waiting on God.  But if truth be told, God has already given them a WORD.  He is waiting on them to DO what He said!

3.  You must develop a fighting spirit.

— If David and his men had remained in Ziklag and accepted defeat, they would have gone down in history as the defeated.  But since they had to faith to believe God and pursue the enemy, they got back EVERYTHING that was stolen from them.

— Many times, Christians experience defeat because they accepted it.  God did not say it was over, but they accepted the loss in their hearts.

— Many times, failure comes due to a lack of willingness to keep going.  I am convinced that many Christians are going to make it to heaven, only to realize that they missed out on God’s best simply because they quit too soon.

— If you meditate and medicate on God’s Word long enough, you will develop a fighting spirit, and you won’t accept defeat unless the Holy Spirit reveals to you that what you are pursuing is not God’s will.

4.  God’s grace will empower you to do things you never thought you could do.

— When David needed help finding the Amalekites, he ‘just so happened’ to stumble upon an Egyptian who could lead them to the enemy’s camp.  When he got to the enemy’s camp, he and his men were physically and emotionally drained.  However, without taking a break or a nap, God graced them to engage in a 24-hour battle.  In the end, David and his men won, and they recovered EVERYTHING and EVERYONE that was stolen!

— God’s grace empowers you to do what you could never do without God.

— If you embrace the grace of God, you will be able to accomplish much more than you ever imagined you could because it won’t be you doing it.  It will be the grace of God ON you, IN you, WITH you, and FOR you!

Father, You are not a man that you should lie, neither are you the son of man that you should change Your mind.  You have never spoken and then failed to act.  You have never promised and then not made it good.  As soon as You speak something to me, it is as good as done.  In my realm, it is GOING TO happen, but in your realm, it has ALREADY happened.  Therefore, I trust every Word You speak to me as already done by faith, and I pursue the manifestation of it in the earth realm.  When I receive a Word from You, that Word becomes my focal point, and I pursue the manifestation of it with all my might.  You give me the grace to do my part to see that Word come to pass in the earth.  Your victories will come sweatless, but I do realize they will not always be effortless.  I am ready to fight if I need to fight.  I am ready to stand if I need to stand.  I am ready to fast if I need to fast.  Whatever I need to do, to bring to pass Your will in my life, I am ready to do it, because You have given me the grace for it.  And I know GREATER IS COMING FOR ME!  I declare this by faith.  In Jesus’ name, Amen!

Greater Is Coming (Pt.57) ONE WORD From God!

Greater Is Coming (Pt.59) A Conduit of God’s Grace