Greater Is Coming (Pt.71) The Grace To Overcome Every Attack 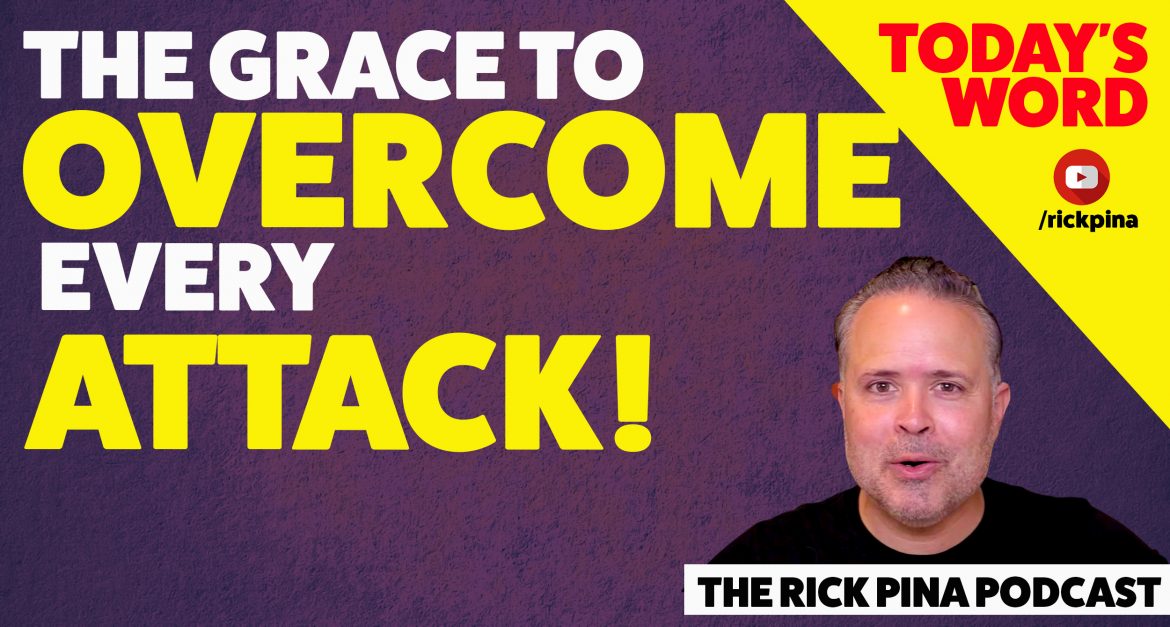 Note:  Before I get into the message for this morning, I want to tell you that since it is “Thanksgiving Week” in the United States, I will only share messages today and tomorrow this week.

Today I will continue with “Faith and Patience Volume 5 – Greater is Coming!”  When the Philistines heard that David was made King of Israel, they mobilized “all” their forces to capture him.  This is a sad statement because David spent many years living amongst the Philistines.  During those years, the Philistines considered David their ally.  They were ready to do battle right alongside David.  And even after he became the King of Judah, ruling only one of the 12 tribes of Israel, they seemed to be okay with it.  They did not bother him at all.  But as soon as David became the overall King of a united Israel, the Philistines wasted no time attacking him and the nation he represented.

David was told the Philistines were coming, so he went into his stronghold.  The Philistines arrived and spread out across the valley of Rephaim.  Can you picture the scene?  David was locked up in his stronghold — something like an old castle — and the Philistines were spread out across the valley, preparing to attack.  What do you think David did in this situation?  You should know David by now.  You should know what he was going to do.  He prayed.

David inquired of the LORD.  Once again, without going to a priest or a prophet.  David went to God for Himself.  He asked God, “Should I go out to fight the Philistines?  Will you hand them over to me?”  This sounds like the same prayer David prayed when his wives had been taken in Ziklag.  He basically asked, “Should I fight?” and “Will I win?”  To which the LORD replied, “Yes, go ahead.  I will certainly hand them over to you.”  So David went to Baal-perazim and defeated the Philistines there.

When the battle was over, and David (and his nation) was successful, David maintained the right perspective.  He knew the win came by the grace of God, so the King exclaimed, “The LORD did it!”  Although David and his men were the ones doing the fighting on the ground, David said, “The LORD burst through my enemies like a raging flood!”  He gave all the glory to God, and he named that place Baal-perazim (which means “the Lord who bursts through”).

You would think the Philistines would leave David alone, but you know how pesky attackers can be.  After a while, the Philistines returned and again spread out across the valley of Rephaim.  They were ready for another round of fighting.  So, again David asked the LORD what to do.  This time the Lord said, “Do not attack them straight on.  Instead, circle around behind and attack them near the poplar trees.  When you hear a sound like marching feet in the tops of the poplar trees, be on the alert!  That will be the signal that the LORD is moving ahead of you to strike down the Philistine army.”  So David did what the LORD commanded, and he struck down the Philistines all the way from Gibeon to Gezer.

— The Philistines did not attack David when he was the king of just one tribe, but when he became king of a unified Israel, the Philistines (whom he was once living with) quickly assembled to fight him.  This is a simple reminder that when your success is perceived to be small and harmless, you won’t be attacked because you are not seen as a threat.  But as soon as you cross over into relative success, even many of those who used to be with you may find a way to find fault with you.  Not because you did anything wrong, but because they are threatened by your success.

– If you walk with God long enough, and you experience the victories you are destined to win, people who used to walk with you (before your success) may turn on you.  They are only turning on you because of their insecurities.  You did nothing wrong.  Your success causes them to feel “small,” and they don’t know how to handle it, other than to attack you.  Just don’t worry about it.  Their poison cannot stop your purpose.  The same God who blessed you to get the position will bless you to keep it.

— We serve a God who wants you to produce fruit, and He will see to it that your fruit remains (John 15).

2.  Give God the GLORY when you know the victory came by His grace.

— Twice David and his nation were attacked by Philistines.  Both times, David asked the Lord what to do, and God spoke.  Both times, David did as the Lord led him, and the result was VICTORY!  So although David and his men were the ones doing the fighting, David attributed the VICTORY to God because God was the one who told them what to do in order to come out victorious.

— When you are faced with a major decision, you ask the Lord what to do, He tells you what to do, and you then turn around and do it with a victorious outcome, make sure to give God the glory!  You may have been the one “doing,” but remember, God was the one “leading,” and if it were not for His guidance, you would not know what to do in the first place!

— Make sure to give God all the glory, because if you take His glory, He may not be so quick to give you the insight you need next time, and believe me, there will be a next time!

3.  Hearing from God is the key to Godly success.

— Unlike David, for you, the issue is probably not the Philistines, but you have your own issues.  You may be facing a major decision today or this week.  You may be up against serious opposition.  You may need divine insight.  Do not think, for one moment, that God is not interested in what you are facing.  Are there bigger problems in the world?  Yes.  But just like the God of the Universe took the time to give David specific instructions, He will do the same for you.

— God took the time to tell David was to do.  He will do the same for you.  But this means you must be willing to slow down, seek the Lord, wait on His instruction, and then DO exactly what He says!  This is what David did.  The first time Philistines attacked, David asked, “Should I fight?” and “Will I win?”  God said “YES” to both questions.  Since God did not provide additional details, David fought head-on and won.  When the Philistines came back for ROUND 2, David inquired of the Lord again.  This time the Lord told him HOW to do it.  And David did exactly what God led him to do.  The result was VICTORY AGAIN!

— Walking with God is a long-term proposition.  You are on this planet for a reason.  Once you are Born-Again, God will reveal it to you and then lead you, FOR THE REST OF YOUR LIFE, to become who you are called to be, and to do what you are called to do!  Along the way, you will need to hear from God.  Inquire of Him.  Slow down.  Take time to pray.  He will speak.  And when He does, DO WHAT HE SAYS, even if you don’t understand why!  It’s as simple as that!

Father, I know Godly success sometimes attracts the wrong type of attention.  Some of the same people who are coming up against me now used to work alongside me, and they had no problem with me when I was one of their peers.  However, since You have elevated me, they have chosen to come up against me without me doing anything to them.  I still walk in love; I maintain my peace, I seek You for guidance, and I do whatever You lead me to do.  I am not afraid of any attack or attacker because my confidence is in You.  I look to You for divine insight concerning how to deal with attackers and everything else.  You lead me concerning every meeting, conversation, and activity I engage in today and this week.  You lead me concerning the deals I should make and the ones I should pass on.  You lead me concerning how I should enter a meeting and what I should say.  You lead me when I have to make a presentation, and You give me favor with my superiors when I need their approval.  You are concerned with the daily affairs of my life, and You are involved in every area.  You lead me in the way I should go because You want me to experience Your success.  And when I do, when I receive the victory by doing what You tell me to do, I always give You the glory!  Living this way I know, GREATER IS COMING FOR ME!  I declare this by faith.  In Jesus’ name, Amen!

Greater Is Coming (Pt.70) The Importance of Attitude