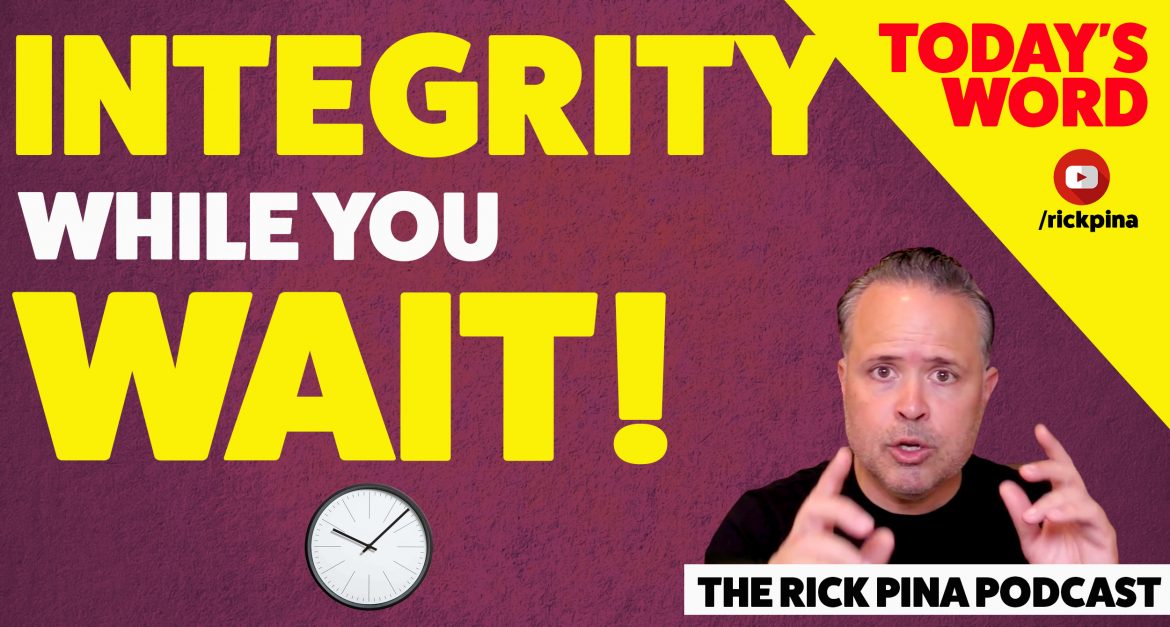 Today I will continue with “Faith and Patience Volume 5 – Greater is Coming!”  Yesterday, we saw how General Abner pledged his allegiance to King David, King of Judah.  Abner was dead-set on making David king over the entire nation of Israel.  Abner setup an assembly with the leaders of all 12 tribes, he told David about what he was doing and how he was going to convince the leaders to make him king at the assembly, and he then took off to make it happen.  David was on “cloud nine.”  He had been waiting for this moment for over 10 years.  He lived with God’s dream in his heart, and he longed for the dream to become a reality.  I know that feeling.  I know what it is like to wait for something for years.  I also know what it feels like when you believe it is so close you can taste it.

Unfortunately, David’s own General, Joab, spoiled the plan when he killed Abner to avenge his brother’s death.  Joab may have avenged his brother, but he surely made a mess of David’s plans.  King David was furious and saddened.  David mourned the death of Abner and fasted the entire day of his funeral.

Meanwhile, when King Ishbosheth heard about Abner’s death at Hebron, he lost all his courage, and all Israel became paralyzed with fear.  Abner was his strength.  With his military commander, and the most influential man in his land, gone, King Ishbosheth knew his days as king were numbered.

Two of Ishbosheth’s men, Baanah and Recab, who were brothers and captains of Ishbosheth’s raiding parties, took it upon themselves to kill their King.  They went to Ishbosheth’s palace around noon as he was taking his midday rest.  The doorkeeper, who had been sifting wheat, became drowsy and fell asleep.  So Recab and Baanah slipped past her.  They went into the house and found Ishbosheth sleeping on his bed.  They killed him and cut off his head.  Then, taking his head with them, they fled across the Jordan Valley through the night.  When they arrived at Hebron, they presented Ishbosheth’s head to David.  They thought David would reward them, but the payment David gave them was not what they expected.

David said to Recab and Baanah, “The LORD, who saves me from all my enemies, is my witness.  Someone once told me, ‘Saul is dead,’ thinking he was bringing me good news.  But I seized him and killed him at Ziklag.  That’s the reward I gave him for his news!  How much more should I reward evil men who have killed an innocent man in his own house and on his own bed?  Shouldn’t I hold you responsible for his blood and rid the earth of you?”  With that, David ordered his young men to kill them, and they did.  They cut off their hands and feet and hung their bodies beside the pool in Hebron.  Then they took Ishbosheth’s head and buried it in Abner’s tomb in Hebron.

1.  Things are not going to happen the way you planned.

— In this series, we have spent 13 weeks studying David’s life (so far).  We spent even longer studying Joseph’s life earlier this year.  In both cases (Joseph and David), we find men who had a dream from God revealed to them, they knew the blessing promised was God’s will, they believed and received it in their hearts, but they then had to endure extreme and even flat-out crazy, challenges along the way.  My point is that you may be clear about what God promised you.  You may know WHAT He said.  But you don’t know HOW He will do it, WHEN it will manifest, and all the challenges you will face along the way.

— I hope you are enjoying these messages on faith and patience.  It is true that GREATER IS COMING.  But you won’t see the GREATER if you give up before your harvest comes DUE (Gal 6:9).

2.  Maintaining your integrity is critical to walking in God’s blessing!

— David knew he was destined to be King of Israel.  He knew it was only a matter of time.  He knew the Lord had been preparing him all his life to rule and reign over all 12 tribes.  But David never took it upon himself to force the issue.  He waited patiently on God’s timing.

— David had several chances to kill Saul, but he refused to do it.

— David knew Ishbosheth was a weaker leader than Saul.  He could have easily won a war against him, but he refused to do it once again.

— Far too many believers today know God has called them to do something or to lay hold of something, but they then pursue those things in unscrupulous and ungodly ways.

— You can’t cheat your way to God’s best and then think God’s blessing will be on it.

— You can’t violate your integrity to take possession of something you know God has destined you to have because you will be spoiling the process and cutting yourself off from the anointing to enjoy it when you get it.  Let me drive home this point.  If you attain the right thing the wrong way, you just made the right thing the wrong thing, and you spoiled the blessing!

— The best thing to do is to maintain your integrity, to do what is right because it’s right, and then do it right every time, waiting on God’s timing.

— In the fullness of time, you will take possession of what God has destined you to have, and since you waited to possess it the right way, it will be a blessing to you, and you will be able to enjoy it.

— We are reading about David today because he refused to pursue the right thing the wrong way!

— One of the greatest lines in the Bible for me is: “… and it came to pass.”  Whenever I read those five words, I think of someone receiving a promise from God, believing the promise in their hearts, and then waiting on God’s timing for the promise to manifest.  I pray this series is encouraging you to live by faith and to add patience to your faith.  If you do, in the book of your life you will find these words: “… and it came to pass.”

— When you learn to wait on the Lord and not force the issue, it is only a matter of time before what you have received in your heart will manifest in your hands.

— It might not come when you wanted it, and it might not come the way you expected it, but if you keep waiting, and you maintain your integrity while you wait, it will come.

— What God has for you is for you, and no one can take it away from you.  However, you can mess up the process by getting out ahead of God.  So just keep waiting, don’t move until He tells you to move, keep your faith switch in the “ON” position while you are waiting, and in the fulness of God’s time, it shall come to pass!

Father, I thank You for Your Word.  Your Word teaches me to live with integrity.  I know You have destined me for greatness.  You made plans for me before the world began.  You have revealed some of those plans to me.  I have full assurance that they shall come to pass before I die.  In your realm, they have already happened, and it’s already done.  In my realm, they have not manifested yet, and I am waiting for them in faith.  But no matter how long I wait and no matter how much pressure I feel to “make” them happen, I refuse to get out ahead of You.  I will never do anything illegal, immoral, shady, conniving, or unscrupulous to bring them to pass.  I cannot pursue good things in bad ways.  I won’t violate my integrity to receive Your best because I know I will be tainting whatever I receive.  I shall walk in righteousness and integrity all the days of my life.  I wait on You, I do what You lead me to do, and I never do anything that will discredit, dishonor or disgrace You; especially not in Your name.  I trust that in the fullness of Your timing, Your best shall come to pass in my life.  I am not afraid.  I am not anxious.  I am not impatient.  I love You, I wait on You, I trust You, and I have faith in You!  Your best is on its way!  GREATER IS COMING FOR ME!  And when it comes, I shall be able to enjoy it because I did not do anything to devalue it when I take possession of it.  I declare this by faith.  In Jesus’ name, Amen!