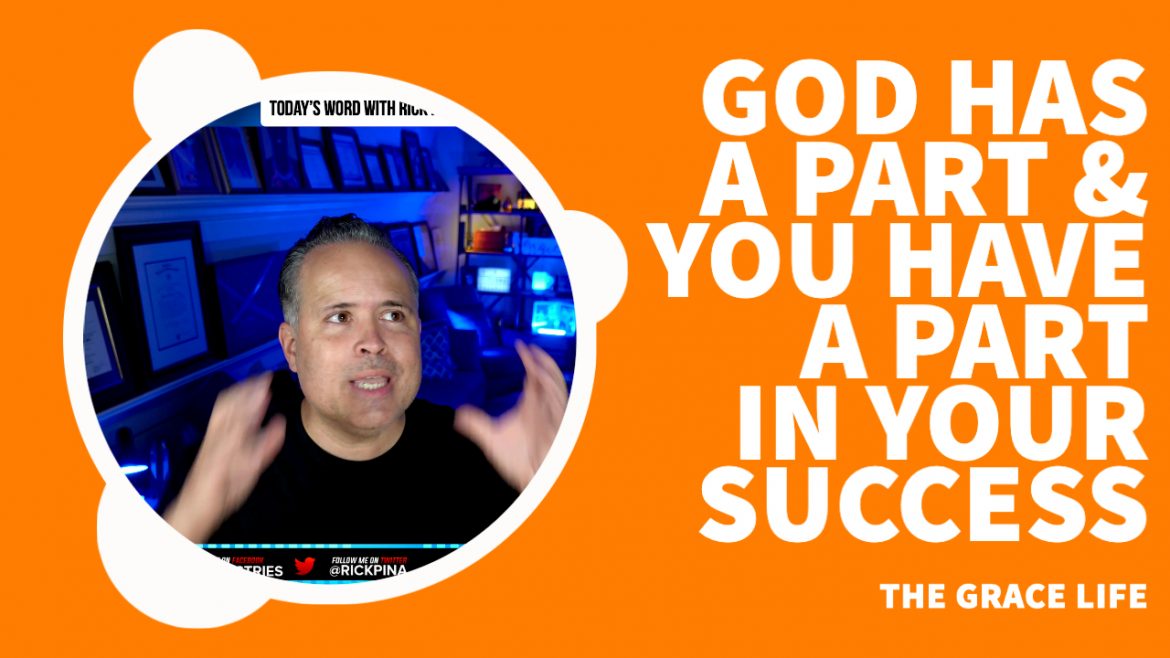 Today we will continue our series entitled “God’s Grace & Our Faith.” I hope you enjoyed the series on how “Faith works by love.”  That’s over now, but I will continue to teach about God’s grace and our faith. Today we will look at God’s part and our part.

1.  God does what He does for you because He loves you.

We just spent an entire month talking about the love of God. By now, you should know that God does what He does for you simply because He loves you! Let’s look at a couple of verses on this.

(John 3:16 KJV) For God so loved the world, that he gave his only begotten Son, that whosoever believeth in him should not perish, but have everlasting life.

(Romans 5:8 NIV) But God demonstrates his own love for us in this: While we were still sinners, Christ died for us.

2.  God calls people to their purpose by His grace, not our performance.

I will give you three examples this morning.

(v.1) The Lord said to Abram, “Leave your country and your people. Leave your father’s family and go to the country that I will show you.

(v.2) I will build a great nation from you. I will bless you and make your name famous. People will use your name to bless other people.

(v.3) I will bless those who bless you, and I will curse those who curse you.

I will use you to bless all the people on earth.”

So now I am sending you to Pharaoh. Go! Lead my people, the Israelites, out of Egypt.”

(v.3) So Saul went to Damascus. When he came near the city, a very bright light from heaven suddenly shined around him.

(v.4) He fell to the ground and heard a voice saying to him, “Saul, Saul! Why are you persecuting me?”

The voice answered, “I am Jesus, the one you are persecuting.

(v.6) Get up now and go into the city. Someone there will tell you what you must do.”

*** Many of us were taught that God blesses us because of our faith and/or our performance. But He planned to bless us before the foundations of the world because He loves us! True faith is only a response to God’s grace! Faith says, “YES” to the plans God reveals to us, no matter how immeasurably good they seem. Grace is almost too good to be true, but it is true, because it is in God’s heart to bless us and use us for His glory!

3.  Here is a quick faith refresher.

What Faith is NOT:

Faith requires revelation: (You must hear from God FIRST!)

4.  A few quick takeaways about God’s grace and our faith.

a) God’s plan for your life was established by grace. It was birthed in His heart before the foundations of the world. God did this because He loves you. Once God reveals His plans to you, and you embrace the fact that He planned to use you and bless you by His unearned grace, you can then pursue God’s plans by faith!

c) When God reveals to you what He planned to do by grace, you are then authorized to use your faith to lay hold of it.  Faith is something you say or do in order to lay hold of what God has revealed to you that is already yours.

I am convinced that You love me.  I am fully persuaded of Your love.  It is because of Your love for me and Your tireless dedication to me that I am able to walk in confidence towards You.  I have unshakable faith because You have imparted immeasurable grace.

My faith says YES to Your grace.  My faith is YES to the plans You made for me before the world began.  By faith, I will become the man/woman You destined me to be.  I will leave a mark in this world that will be felt for generations to come.  Not because I am good.  But because You are!  You provide the grace, and I provide the faith.  Living this way, I know GREATER IS COMING FOR ME!  I declare this by faith.  In Jesus’ name, Amen!