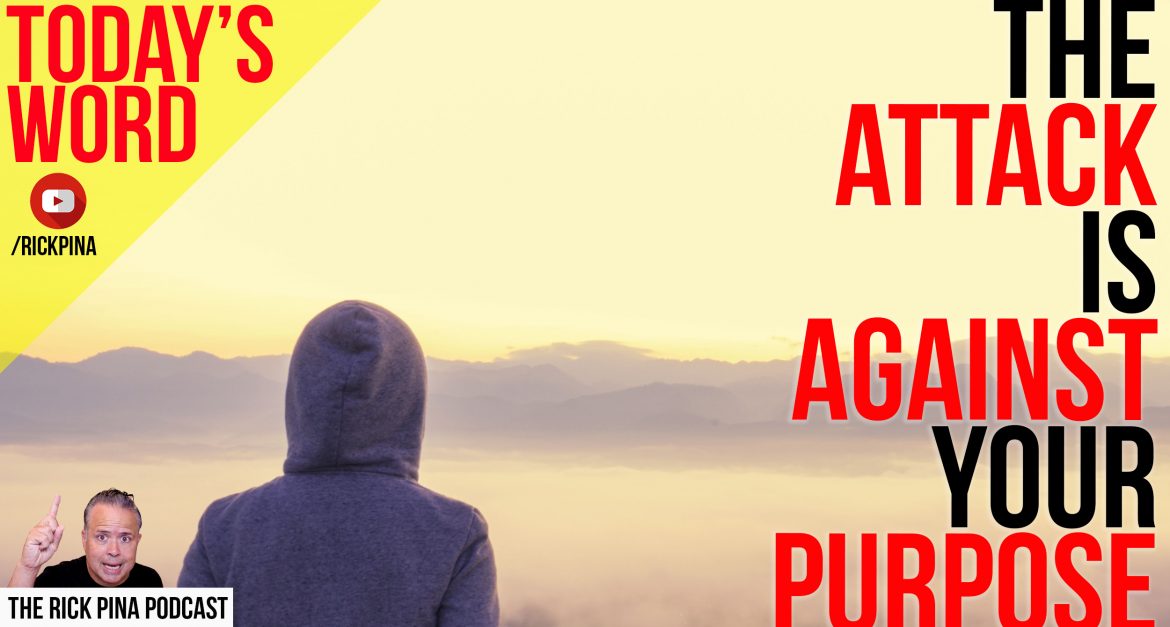 Today I will continue with “Faith and Patience Volume 5 – Greater is Coming!”  Yesterday we learned that Saul allowed the green-eyed monster of jealousy to develop a stronghold in his heart when he heard Israelite women singing about David’s exploits.  All David did was kill one man, but the people attributed more confirmed-kills to David than to Saul.  Saul could have, and should have, laughed it off.  What did the ladies know anyway?  But Saul did not laugh it off.  He allowed what the women said to alter his opinion and perspective of David.  David had done nothing wrong.  But Saul immediately developed bitterness in his heart toward David.  Unfortunately, that’s how it is with people sometimes.

The very next day, a tormenting spirit overwhelmed Saul.  This was not new.  It had been happening since Saul disobeyed God.  In the past, Saul would call for David and ask David to play his harp.  David’s anointed music was the only thing that could bring the king peace.  However, now that David was “the people’s favorite,” Saul’s inner insecurities would not allow him to summons David.  So Saul attempted to deal with the tormenting spirit without David’s music.  Sure enough, it did not work.

Saul got to the point where he was running around the palace like a raving madman.  David saw what was happening, and since he had no issue with Saul, David went, got the harp, and started playing.  However, Saul’s bitterness toward David was so strong that it made the harp playing ineffective.  King Saul had a spear in his hand while he was going crazy.  In his rage, he threw the spear at David.  The Bible says that Saul wanted to pin David to the wall.  Thankfully David escaped the attack.

1.  The attack is against your purpose!

Let’s think about David’s story from his perspective.  David went from obscurity to national hero overnight.  One day he was delivering lunch for his big brothers, and the next day he was living in the palace.  And on his way to the palace, spontaneous crowds erupted in his honor, and his trip took on a parade-like atmosphere.  People David did not know were calling his name and making up songs to honor his exploits.  When you think about David’s story, it’s amazing.  One day he was in the fields, minding his own business, tending to his father’s sheep, when a Prophet came to town.  The Prophet spoke a few words over David, placed a few drops of oil on his head, and now, just a few weeks later, it seemed like it whatever the Prophet did was working.  I am sure David could not understand the anointing, but he knew that whatever the prophet did, it initiated a move of God in his life that would change it forever.

The only problem was Saul.  David had done nothing wrong to Saul, but all of a sudden, the King who used to love him and his harp playing, was attempting to kill him.  Remember, David did not ask for any of this.  It was all part of his divine purpose.  It was part of God’s predestined plan for his life.  Guess what?  The same happens in your life.  When you open your heart to God’s plan, things will start happening in your favor.  At first, you don’t understand it.  You don’t know what’s going on.  You just know that God is up to something.  You get excited.  You dream big dreams.  You may even tell people about your dreams.  But then, as it happened with David, you will find that just like God raises up people to help you, satan will raise up people to oppose you.  You will see people act funny towards you.  Some may flat-out turn against you.  It’s not that you did anything wrong.  It’s just that God’s purpose is unfolding in your life and some people are too insecure to handle it.  Their insecurities open a door in their heart for satan to get in, and once satan is influencing them, they attack you.  Just remember that the attack is not against you, per se.  It’s against your purpose.  The good news is that satan cannot curse what God has blessed.  Their poison cannot stop your purpose.  Greater is coming for you!

2.  Be at peace with living as the man/woman God called you to be.

— When you are secure in your calling and know who you are, you are not moved to jealousy when you see someone operating in their purpose.

— If you are insecure and don’t know who you are, it will bother you when you meet someone divinely confident in their calling.

— Saul was a King, but he was insecure.  His insecurities caused his heart to be open to satan.  Once satan got in, he was able to influence Saul to oppose David in a strong way.

— Saul the King and David was still a boy, but Saul tried to kill David because he was intimated by his presence.  This teaches us two things: 1) Personal insecurity will lead to envy, strife, and turmoil; and 2) When you know who you are and you confidently walk in your calling, it will cause people to either celebrate you (like the women did), or oppose you (like Saul did).

— Be comfortable being yourself.  I am very comfortable being Rick Pina.  Some people will respect and celebrate you.  Others will reject and oppose you.  But just as long as you live your life as the man/woman you are called to be, nothing and no one will be able to derail you from your destiny!

3.  Never let success get to your head.

— David did not allow the sudden fame to usher him over into pride.  This is actually somewhat impressive.  David was only a teenager when he became a national hero.  Thankfully, he resisted the urge to be prideful.  I believe it was because David knew God was doing it for him.  David was experiencing success by grace and that realization kept him humble.

— When God graces you to succeed, never allow pride to get a grip of your heart.  Pride will stifle the flow of grace because pride focuses on self over God.  If you ever let pride into your heart, you will quickly find yourself outside of the will of God.

— Remain humble.  Greater is coming for you because you are not the one making it happen.  God is working on your behalf to ensure that His plans and purposes for your life COME TO PASS BEFORE YOU DIE!

4.  To walk with God, you must be committed for the long haul.

— There are things you are called to do what will not happen for months, years or decades.  You must take the long-approach with God.

— There will be times and seasons where everything seems to be going right.  There will be others when you face trouble, obstacles and fierce opposition.

— People who love you today may turn on you tomorrow.  People may change, circumstances may change, and the way you thought things were going to work out may significantly change.  But in the end, you must be committed to God NO MATTER WHAT!

— As we study the life of David, we will see that he faced challenge after challenge for 13 long years.  But in the end, he became the King of Judah.  Seven years later, he became the King of Israel.  It took 20 years and overcoming lots of challenges, but in the fullness of time, IT CAME TO PASS!  You will find those same words in the book of your life’s story IF YOU DON’T GIVE UP before your season of harvest!

— Come what may, if you keep your eyes and your heart fixed and focused on Jesus, you will arrive at God’s overall expected end for your life.  And the best part is, you will enjoy the journey as you make Kingdom impact along the way.  You wil go to heaven, AND you will enjoy the ride!

Father,  I know who I am.  More importantly, I know whose I am.  I rest in who You have made me to be.  I will not allow jealousy to ever get a grip of my heart.  You may not have given me what You gave others, but You also did not give others what You gave me.  I walk in the grace You have placed on my life, and I rest in it.  I know I am NOT a self-made man/woman.  I am who I am by Your grace and I will never forget it.  The realization of Your grace on my life keeps me humble and dependent on You.  And lastly Father, I know that trouble may follow the many triumphs You have destined me to experience.  I will not allow the trouble to trouble me.  I trouble my trouble by keeping my eyes fixed on You!  I am in it for the long haul.  Come what may, I shall not be moved!  GREATER IS COMING FOR ME!  I declare this by faith. In Jesus’ name, Amen!

Greater Is Coming (Pt.32) Never Stop Being YOURSELF!