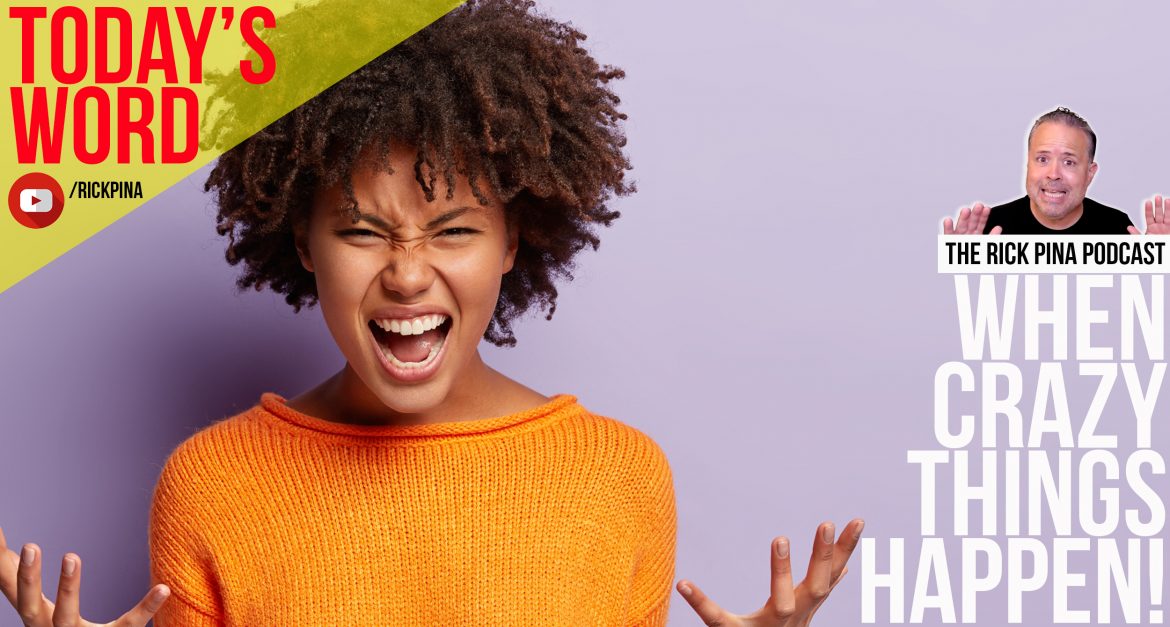 Today I will continue with “Faith and Patience Volume 5 – Greater is Coming!”  Friday, we left off with Saul being highly upset about the fact that David had made his way back into Judah.  While Saul was upset with his men, one of them, Doeg the Edomite, spoke up and said, “When I was at Nob I saw the son of Jesse talking to the priest, Ahimelech son of Ahitub.  Ahimelech consulted the LORD for David.  Then he gave him food and the sword of Goliath the Philistine.”

Deog was basically tattling on Ahimelech in order to gain favor with the king.  King Saul immediately sent for Ahimelech and the family of priests who served in Nob.  When they arrived, Saul shouted at him, “Listen to me, you son of Ahitub!  Why have you and the son of Jesse conspired against me?  Why did you give him food and a sword?  Why have you consulted God for him?  Why have you encouraged him to kill me, as he is trying to do this very day?”  Ahimelech had no idea where this was coming from.  When David visited him, David lied and told the priest that he was on an assignment from the King.  Ahimelech knew that was a Commanding General in the Israeli Army, and he was also the King’s son-in-law.  So, in his mind, not helping David would have put him in trouble with the King, not the other way around.

Ahimelech replied, “But Sir, is anyone among all your servants as faithful as David, your son-in-law?  Why, he is the captain of your bodyguard and a highly honored member of your household!  This was certainly not the first time I had consulted God for him!  May the king not accuse me and my family in this matter, for I knew nothing at all of any plot against you.”  Ahimelech had no way of knowing it, but he had just stepped into a hornet’s nest.  Saul was too angry to think rationally.  The King shouted, “You will surely die, Ahimelech, along with your entire family!”  Saul then ordered his bodyguards to kill the priests.  But Saul’s men refused.  They had more fear of the LORD then they did of Saul.

Just when it looked like Ahimelech might be out of the woods, Saul looked to the kiss-butt Doeg and said, “You do it.”  Doeg was looking for an opportunity to move up in Saul’s sight, so the Edomite killed Ahimelech and his family of priests.  85 priests died that day, still wearing their priestly garments, all because Saul was upset.  If that were not bad enough, Doeg then went to Nob, the town of the priests, and killed the priests’ families—men and women, children and babies—and then killed the cattle, donkeys, sheep, and goats.

The only priest who escaped was Abiathar, one of Ahimelech’s sons, and he fled to join David and his men.  Abiathar told David what happened.  David responded, “I saw Doeg the Edomite at Nob that day. I knew he would tell Saul! I am responsible for the death of your father’s family.  Stay with me.  Don’t be afraid, because the man who tried to kill you is the same man who wants to kill me. I will protect you if you stay with me.”

1.  Being IN authority without being UNDER authority is dangerous.

— In Genesis, we see how much power God gave Adam.  Adam was empowered to rule this world.  But with that power, God gave Adam some parameters.  He told him what he could not do, and when he violated God’s parameters, he got kicked out of the Garden of Eden.  My point is that power without parameters is dangerous.

— In the United States military, our leaders have authority.  But every leader IN authority is also UNDER authority, all the way up to the Chairman of the Joint Chiefs of Staff.  For Christian leaders (servant-leaders), the Father can bless us to be in positions of authority because He knows we are both under His authority and under the earthly authority we are subject to.  Said another way, the earthly power to lead comes from a willingness to be led.

— When Jesus encountered the Roman Centurion, the military officer explained that those under his authority had to do what he said because he was also under the authority of those over him.  Jesus applauded this man.  Jesus understood this principle.  Jesus operated in earthly power because he only said what He heard the Father say, and He only did what He saw the Father do.  The principle I am pointing out is: your level of authority comes from your level of submission.

— If you are in authority, but you fail to submit to a higher authority, then it is only a matter of time before you use your authority the wrong way.

— Your authority comes from your submission.

— Remember that people won’t have a problem submitting to you if you are submitted to God.

— What Deog did in 1 Samuel 22—killing the priests, their families, and even their animals—was despicable, but you can’t put anything past those who are seeking to move up the ladder without God.

— As believers, we must never seek to move up the way the world does.  We don’t have to put someone down in order for us to move up.  We can build others up and still move up in the process because we know our promotions come from the Lord.

3.  There are some things you will understand until you get to heaven.

— If I could explain God, I would be God’s God.  So while I do my best to preach the Gospel and teach the Bible, just know that there are countless things about God that we, as humans, will not understand.  If anyone tells you that have it all figured out, they are lying.

— The same God who protected David, time and time again, by His unearned grace, failed to protect Ahimelech, the other priests, and their family members.  Hundreds of innocent people died in this passage (1 Samuel 22), only one making it out alive, all because of Saul’s anger, and God did not stop it.  Does this mean that God, in His sovereignty, WANTED this to happen?  Does this mean that this was God’s will?  Absolutely not!  It does mean that there is a devil and he operates in the earth through people.  Sometimes God steps in and prevents the devil from doing something, and other times, He does not.  I don’t claim to have all the answers, and we won’t know for sure until we get to heaven, but for now, I can tell you that God’s sovereignty and our responsibility are not mutually exclusive.  This is why listening to God and actively welcoming his involvement in your life, through prayer, is so important.

— As humans, we are finite.  As a deity, our God is infinite.  When bad things happen, and we have lots of questions, it’s okay to ask God about them.  Just don’t think that God has to answer you.  God may reveal Himself, but He does not have to explain Himself.  There are things we will not know until we get to heaven.

4.  You have to get past crazy situations and keep going!

— This series is about faith and patience.  It’s about enduring, with God, for the long haul.  It’s about believing God for the major things He has promised you and then holding on to your belief/faith until you see what God said.  If you are committed to living this way, I just need you to know that there will be moments when you don’t understand God.  There will be moments when you are so frustrated that you don’t want to keep going.  But you must develop the grit, determination, and resolve to press through those moments of pain.

— I want you to put yourself in David’s shoes for a moment.  Abiathar comes to you and tells you that his father, Ahimelech, the priest, along with 84 other priests, have been killed.  Not only that, but their family members were killed, including women and children.  Further, Saul was so angry that he had the cattle, donkeys, sheep, and goats killed as well.  And when you try to internalize what just happened to hundreds of people, you realize that it happened because of YOU!  You even say to Abiathar, “I am responsible for the death of your father’s family.”  How do you keep going from that?

— Most Christians think the story of David is one where the Prophet anointed him to be King, he killed a giant, and then became King.  It was not that easy for David, and it won’t be that easy for you either.

— If you want to become the man/woman God called you to be, you must be determined to keep going NO MATTER WHAT.  There will be countless moments when you question God.  There will be moments when you YELL AT GOD in frustration.  There will be times when you don’t know what God is doing, and you feel like you don’t understand Him at all.  But if you really want it, if you truly want what God promised, you won’t allow crazy or painful situations to stop you.  Remember, you can stop whenever you want.  You are a free moral agent.  God will not force you to become the man/woman He called you to be.  But if you really want it, if you want ALL that God promised, you cannot allow anything (not even crazy situations) to derail you from your destiny!

Father, I honor You as my sovereign King.  You are the only deity I acknowledge, and I shall worship You all the days of my life.  I seek answers to questions when I have them and I thank You in advance for giving me all the answers You do.  But on the occasions when You don’t give me a clear answer, and where I don’t know why certain things have happened, I shall not allow the level of mystery to keep me from pursuing my purpose with bulldog-tenacity.  I shall run with patience the race that You have set before me, and I will never quit.  I will not allow a person, a painful situation, or anything else to keep me from running and completing my course!  I know GREATER IS COMING FOR ME!  I declare this by faith. In Jesus’ name, Amen!

Greater Is Coming (Pt.38) God Will Locate & Lead You

Greater Is Coming (Pt.40) A Direct Relationship With God