Progress on Purpose: God Is With You 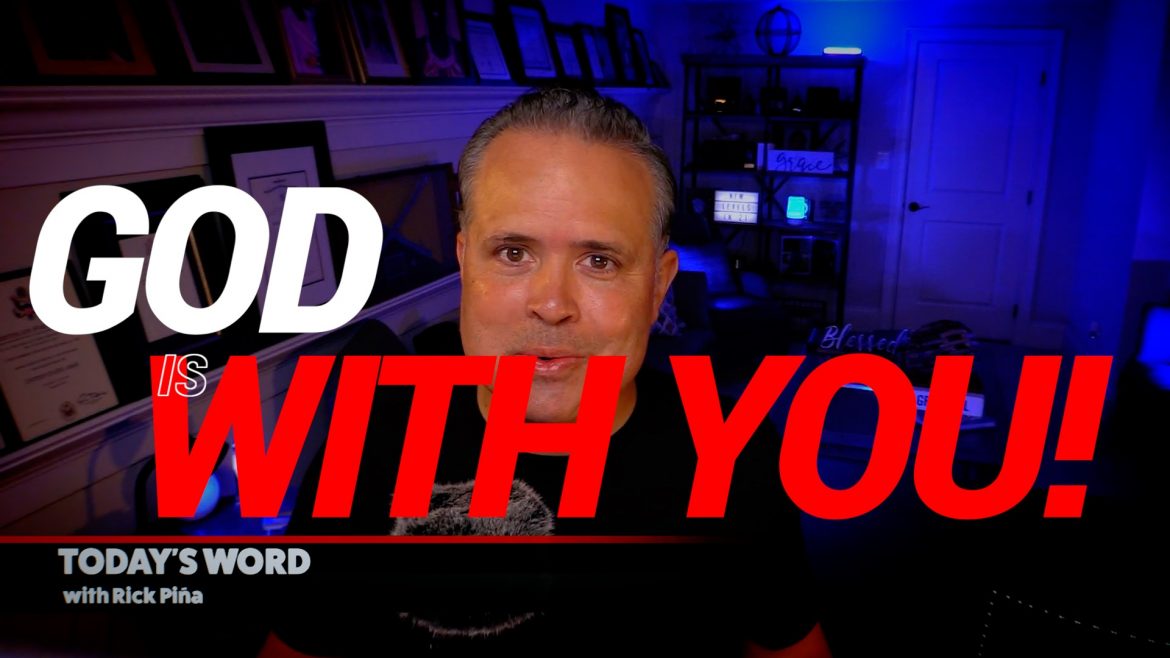 Yesterday I started to share from the story of Abraham and Lot.  I stopped at Genesis 13:7.  Let’s pick up the story from verse 7 today.

7 (The Canaanites and the Perizzites were also living in this land at the same time.) The shepherds of Abram and Lot began to argue.

8 So Abram said to Lot, “There should be no arguing between you and me or between your people and my people. We are all brothers.

10 Lot looked and saw the whole Jordan Valley. He saw that there was much water there. (This was before the Lord destroyed Sodom and Gomorrah. At that time the Jordan Valley all the way to Zoar was like the Lord’s Garden. This was good land, like the land of Egypt.)

11 So Lot chose to live in the Jordan Valley. The two men separated, and Lot began traveling east.

12 Abram stayed in the land of Canaan, and Lot lived among the cities in the valley. Lot moved as far as Sodom and made his camp there.

13 The Lord knew that the people of Sodom were very evil sinners.

1.  Don’t be passive in your obedience towards God.

In yesterday’s message, we saw how God told Abraham to leave Haran and to leave his family.  The Bible says, “So Abram left Haran just like the Lord said, and Lot went with him.” (Gen 12:4).  The way the text is written, we don’t know if Abraham asked Lot to come (it does not look that way), or is Lot just chose to come and Abraham allowed it.  Based on the way Moses wrote it, I am going to assume Lot just chose to come on his own, and Abraham did not stop him.  Here is the problem with this “passive” type of faith, God will allow whatever you allow.  God will permit whatever you permit.  This is why I keep driving home the point that you must be intentional about your progress.  If you are passive and just let people do with you, and to you, whatever they want to do, under the guise of being “nice” or “non-confrontational,” you are going to find yourself in many situations that God did not ordain.  As a result, you will wind up dealing with challenges you could easily avoid if you had been more intentional.

This is exactly what happened to Abraham.  Abraham allowed Lot to tag along when God was very clear about him going alone, and it caused him problems.  Learn from Abraham.

— Don’t allow yourself to be placed in a situation that is OUTSIDE of God’s will, just because you are being “nice.”

2.  When you are around the wrong people, the wrong things happen.

Since Lot was with Abraham and The Blessing was on Abraham, Lot got blessed to (by association).  As a result, they had TOO MUCH STUFF!  The land could not handle all of their livestock.  In the midst The Blessing, their shepherds began to argue, and it was causing a rift between the two camps.

We have already established the fact that Lot was not supposed to be there.  But since he was, Abraham was dealing with a problem he could have easily avoided.

— When you are outside the will of God, especially when it comes to relationships, you will find yourself in situations God never ordained for you to deal with.

— You will then have to deal with problems you could have avoided, and these problems create self-inflicted wounds.

— Life is much easier when you are led by the Holy Spirit in all things.  You will still face problems, but they will be the problems God already prepared you to deal with.  Instead of the problems you created on your own.

3.  People who are not hearing from God make decisions based on the flesh.

10 Lot looked and saw the whole Jordan Valley. He saw that there was much water there. (This was before the Lord destroyed Sodom and Gomorrah. At that time the Jordan Valley all the way to Zoar was like the Lord’s Garden. This was good land, like the land of Egypt.)

11 So Lot chose to live in the Jordan Valley. The two men separated, and Lot began traveling east.

12 Abram stayed in the land of Canaan, and Lot lived among the cities in the valley. Lot moved as far as Sodom and made his camp there.

13 The Lord knew that the people of Sodom were very evil sinners.

Abraham did not want any problems with Lot.  He was the “bigger” man.  He made it clear that the two camps needed to separate, and he allowed Lot to pick whatever direction he wanted to go in.

— Lot chose the land he thought was better for him!

— Lot carefully considered the economic factors of his decision, but he missed the spiritual factor.  He failed to acknowledge the fact that he was only blessed because of Abraham.

— When Moses documented Lot’s decision (v.10), he added a statement in the parentheses.  He was basically saying, “Yeah, the land looked good when Lot chose it, but this was before God destroyed Sodom and Gomorrah.”

— Since God knows the future when you are led of God, He will lead you to make decisions that may not make sense in the present, but they will make sense over time!

4.  When you are walking with God, you know The Blessing is ON YOU, and not just limited to a place.

Abraham did not really care what land Lot chose because he knew The Blessing of God was ON HIM anywhere he went.

— When you know that God is ON you, IN you, WITH you, and FOR you, you are not moved by temporary setbacks.  You know The Blessing will eventually turn any situation around for your good.

— If you know The Blessing is on you, and people choose to leave you, disconnect from you, break a partnership, dissolve a joint venture, etc., don’t fret; God is still with you.

— When your confidence is in God, you appreciate the relationships you have.  But you are also NOT MOVED when some people have to be removed from your life.  You keep your eyes on God and you keep pressing forward!

Father, You are ON me, IN me, WITH me, and FOR me!  My confidence is in You and You alone.  I appreciate those You have ordained to be in my life.  I also know that some people are with me for a season and not a lifetime.  When it is time for those people to go, I will speak LIFE and BLESSING over them.  But I will not be moved by the fact that their season in my life is over because my season WITH YOU will never be over.  Understanding this, I can I LEVEL UP my relationships in 2021.  GREATER IS COMING FOR ME!  I declare this by faith!  In Jesus’ name.  Amen.

Progress on Purpose: Everyone Can’t Go With You

Progress on Purpose: SEE Your Blessing!