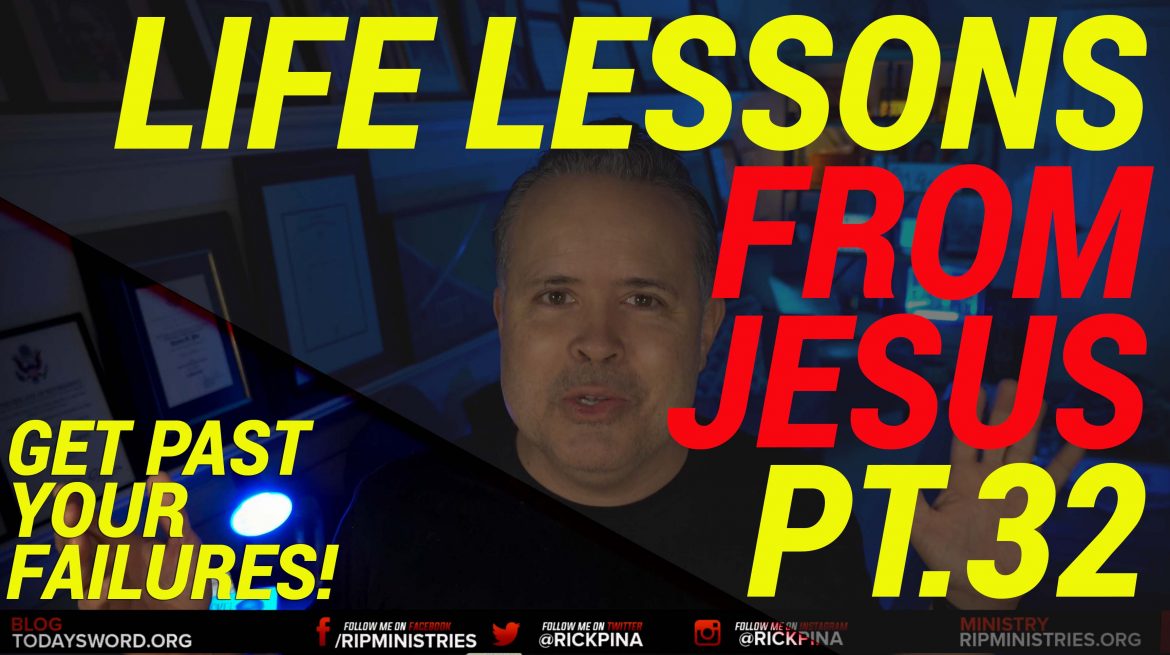 This morning we continue our journey into this year, focusing on making “Intentional Progress.”  I shared six steps to intentional progress with you, and I will continue to walk through them over the next few weeks.  As a reminder, here are the six steps.

If I were to stop there, what Peter said may not seem like a big deal, but I have to give you the backstory. Earlier that evening, Jesus spoke to His disciples and told them what would happen to Him. He also said they would all scatter and leave Him alone. When Jesus said this, Peter spoke up and proclaimed, “Even if all the others reject you, I never will!” That sounds good, but Jesus replied, “This very night before a rooster crows twice, you will deny me three times, saying that you don’t know me.”

1.  Sometimes, the people closest to you will disappoint you, but you should still love them.

Peter was the most outspoken, outgoing, out front, and overachieving disciple, but he still denied Christ to a little girl.  Listen, people are not perfect.  You know you are not perfect, so don’t expect others to be perfect.

— Love people despite their flaws, and people will love you despite yours.

— After Jesus’ resurrection, Jesus went out of His way to seek Peter out, restore him, and ensure Peter kept moving forward.  The result?  Peter started the New Testament church, he preached the first message of the New Testament, and 3,000 people were saved.  Remember that story when someone you love lets you down.

— Peter did something wrong (actually, he did it three times), but that does not mean he was a bad person.  It just means he is human.  God did not give up on Peter, and I pray you don’t immediately give up on the people around you, who love you, who wind up making a mistake.

2.  If you live long enough, you will make mistakes because you are not perfect.

You are not perfect.  So while you may think there are things you will NEVER do because of the frailty of your humanity, you don’t know what you may do in a moment of weakness.

You are both human and divine.  While this means you are capable of more than you can imagine (in a good way), it also means you can make mistakes on a greater level than you imagine.  So please remember that the next time you make a mistake.  You are not perfect, you messed up, and the flaws of your humanity got the best of you.  But the good news is that God is not through with you.  So repent, receive forgiveness from God, forgive yourself, and KEEP GOING!

Peter had to forgive himself.  If Peter had focused on his failures, he would have never become the leader of the New Testament.

3.  Your failure is not final.

a) There comes the point when we must all deal with failure. The good news is that if you are still breathing, God is not through with you.

b) Victories are waiting for you on the other side of the failure. Peter recovered, I have recovered, and you will recover! Keep going. Never quit. Live your life with a forward-ever, backward-never mentality! Successful people in life are not the ones who never fail, but rather the ones who keep going!

c) God is a God of progression and not regression. Never allow yourself to get stuck. Jesus had to progress past the betrayal of Judas and the denial of Peter, Peter had to advance past the sting of his failure, and you will have to go past whatever you are facing today to experience your tomorrow.

d) When you fall, get back up. Solomon said it this way, “Even if good people fall seven times, they will get back up. But when trouble strikes the wicked, that’s the end of them” (Prov 24:16). You are not like the wicked. Your trouble will not be the end of you.

e) God is not hung up with your hang-ups. What God has for you is greater than your humanity.

Are you struggling with failure this morning? Have you messed up lately?  We all do, but those who want to be used mightily of God get back up again; they allow God to dust them off and get back in the fight. Is it because they think they are good enough? No, it is because they understand and accept God’s undeserved GRACE!

4.  Like the potter and the clay, you may be “marred,” but you are still on the wheel.

*** Without getting into the actual meaning of this text and how it applies to Israel, let’s talk about how this applies to you today.

a) The Potter selected the clay from the earth:

— You were divinely selected by the Hand of God.

— God had plans for Peter, and He has plans for you!

b) The Potter places the clay on the wheel to make it what He wants:

c) The Potter did not start the work until He finished it in His mind:

— The plans for the end product were completed before He ever got started.

— God developed a plan for YOU before the foundations of the world!

d) If the Potter does not like what he sees, it gets truly painful for the clay:

— God does not make mistakes, but He does allow us to make choices.

— The potter did not mess up the clay. The clay did not cooperate with the potter.

— Sometimes, we make choices that contradict God’s plan for our lives.

— Peter denied Christ, and he was crushed by it. Jesus had to restore him becuase Peter was extremely disappointed in himself.

— Peter wanted to do better, but he was flawed.

e) The Good News is that the clay, although SMASHED, is still on the wheel:

— You may be damaged, but you are still destined!

— You may not be perfect, but you still have a purpose!

— Peter denied Christ three times, but God kept him on the wheel.

— God made of Peter ANOTHER VESSEL, that was pleasing to the potter to make!

f) If the potter were to remove the clay from the wheel, he would be giving up on the clay:

— The potter never threw the clay away because He would never give up on it.

— Peter messed up, but God did not throw him away.

— Peter was redeemed for his purpose, and so have you.

— You have made more mistakes than you want to remember, but guess what? You are still on the wheel!

Father, I thank You for taking the time to teach me about Your amazing, undeserved, unearned, and unmerited GRACE!  The more I study Your grace, the more I appreciate You and Your everlasting love towards me.  Humans are not perfect.  We are all flawed.  So as I die to sin and self, I even die to the limits of my humanity.  If You say I can do it, then I can do it.  I can do all things through You.  Your grace empowers me to do what You have called me to do.  And you keep working on me and in me until I become what you planned!  I believe what you believe about me!

I have made mistakes, and I may still make more.  But there are many victories waiting for me on the other side of my failures.  I declare by faith that I will keep going.  Failure is not final for me!  Therefore, I know GREATER IS COMING FOR ME!  I declare this by faith.  In Jesus’ name.  Amen.

Intentional Progress in 2022: Life Lessons From Jesus (Part 31) – The Road to the Resurrection (Part 2)

Intentional Progress in 2022: Life Lessons From Jesus (Part 33) – The Road to the Resurrection (Part 4)